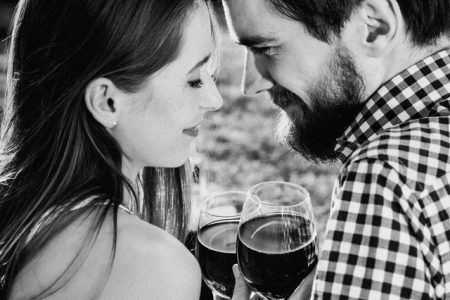 When you hear the word wine, you immediately think of the perfect taste that perhaps took years to formulate. Wine has been around for as far back as hundreds of years ago and even now there are wine bottles that originated from that era. Wine is indeed a complex drink that is used traditionally to celebrate huge successes in your life and in that way is regarded as the ultimate rewarding drink by many.

Over the years we’ve figured out more and more about wine and as such have implemented the use of wine in a lot of ways. Some of these ways aren’t even related in the slightest to drinking it. Given below are a number of facts, rumors, implementations, and tips on the use of wine that we have gathered over the years.

Wine is produced almost in every country in the world and manages to establish a market wherever it goes. The production of wine is even illegal in some countries however it still takes place somehow. In terms of the quantity of wine produced Italy, Spain and France remain the largest producers of wine.

As you know grapes are the most planted fruit in the world and a cluster of grapes is usually enough to produce a glass of wine. Many believe that with climate change approaching the plantation of grapes will be affected negatively and the outcome of this may be less wine. This could potentially cripple weaker wine industries in some regions depending on how severe it is.

Documentation reveals that some people have a phobia of drinking wine. Oenophobia is a Greek word that is also the title of said phobia. Broken down Oenophobia translates to “Wine Fear”.

4: The Champion Of Smelling Wine

A blind tasting competition was held in 2003 in Paris and a man named Richard Juhlin completely decimated other contesters as well as shock the audience. Out of 50 Wines Richard was able to figure out the correct year as well as the maker and brand of 43 wines present there. He won first place by a lead of 39 which means second place had only guessed 4 of them correct.

It is a common misconception that vintage wine refers to the year that the wine is poured into the bottle. In reality, the vintage year is referring to wine that is made up of grapes that are of a single harvest and not of multiple harvests of different years. Wines made from grapes of different harvests are simply not vintage.

Believe it or not, there is a defined way to hold a wine glass properly and is expected to be followed in many formal gatherings. Holding the wine glass by the bowl is considered the wrong way and so you should hold your glass by the stem. This not only allows your fingers to rest naturally on the glass but it is also believed the warmth from your hand can ruin the ideal taste. The temperature of the drink could be altered with the heat from your hand.

Since wine is made from grapes, it’s almost natural that there be some organic benefits related to it as well. Red Wine, in particular, is known to be made of more enriched grapes and harbors health benefits. Antioxidants are plenty present in red wine and diminish the damage caused to our cells or somewhat slow it down. Antioxidants are also known to maintain the heart better and regulate it.

Wine needs very specific temperatures and humidity levels to preserve its taste. Just any container or flask won’t work and as such the right environment and bottle are needed. It is said that wine bottles should be kept out of the light and is the reason why many prefer storing wine in cellars. Bottles are also supposed to be of a certain quality to retain the taste of wine. To store wine in a large quantity while securing the quality investing in wholesale wine bottles from a trusted company is preferred.

There was a point in the past where wine wasn’t even stored in bottles. One of the first containers of wine was goatskin bags and it wasn’t until the 1600s that the wine bottle was invented. Nowadays wine is kept in all kinds of bottles and storage mediums, some of the highest quality, some representing quotes, and some that still preserved in their olden state.

Wine as a marketable good has a varying amount of costs. Wine on average will cost between 12 and 50 Dollars depending on the type of quality you want. However. A bottle of wine is no stranger to crossing above 500 Dollars and usually the older the wine, the higher the cost. Similarly, the quality of the bottle also matters and so do specific variables involved in creating an individual wine. There are a lot of aspects to consider and as such wine has a fluctuating price.

Wine has been around for centuries and in some shape or form has played a role all around the world. The market for wine is ever-growing and as the rarity of wine bottles manufactured in the 1600s grows, so does the price. The only possible risk to a growing market would be the diminishing effect on production caused by Climate change.