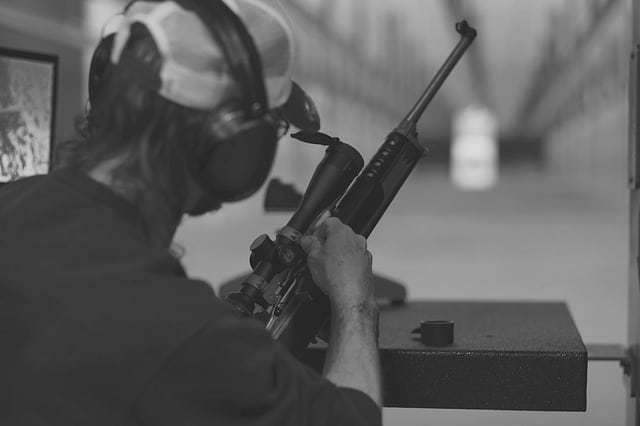 When the 6.5 Creedmoor first appeared on the shelves of ammo retailers, shooters were skeptical of it. It’s hard to change people’s minds on certain things, especially if they have been with us for a long time and have a good reputation. However, always sticking with something only because it’s familiar to you is unreasonable.

We think people’s conservatism and belief that all good things were invented in the past contributed to the initial skepticism and denial of 6.5 Creedmoor by some members of the shooting community. Thankfully, a considerable amount of that has faded away during the last years.

Still, we see newcomers asking about .308 vs. 6.5 Creedmoor. That’s why we’ve prepared an article that explains the ballistics of both cartridges and why you might prefer a 308 rifle to a 6.5 Creedmoor and vice versa.

A cartridge that can do it all is a myth. Therefore we have so many different rounds developed for various tasks. And to understand which would likely be your personal winner in the .308 vs. the 6.5 Creedmoor battle, we need to start with the history of both cartridges.

Before the .308 Win was introduced, there was the .30-06 Springfield, a standard chambering for the 1903 Springfield, the official service bolt-action rifle of the US during WW1, and the legendary M1 Garand semi-auto rifle used during WW2. The cartridge chambered in both rifles showed pretty good results. However, new propellants allowed engineers to replicate the performance of the .30-06 within a shorter case. That’s how the .308 Winchester came into existence. As a short-action cartridge, it worked more reliably in semi-auto rifles.

When Winchester introduced the .308 for the commercial hunting market, the army was in the middle of testing similar designs, one of which was adopted later under the designation 7.62x51mm NATO, intended as the chambering for the new M14 rifle. Both cartridges are almost identical, but the 7.62 NATO is loaded to lower pressures. Though the .308 first became popular with big-game hunters, long-range shooters also instrumentalized it for their applications.

The 6.5 Creedmoor was initially developed with long-range target shooting applications in mind. The cartridge saw the light in 2008, and while some people were arguing whether or not it was worth looking at, others just put it to the test (sports shooting and hunting) and saw the result with their own eyes.

So, we have a round developed for hunting and a round engineered for long-range precision shooting. At that point, you can assume for what tasks each would be best. But let’s now consider design and ballistics.

We won’t be getting too deep into exact dimensions and construction details. If you put them near each other, you’ll see that though the .308 Win has a slightly longer case, the 6.5 CM has a longer overall length. The 6.5 CM also has a sharper shoulder angle. The maximum pressure for both rounds is 62,000 psi, according to SAAMI.

The 6.5 Creedmoor supersedes the .308 Winchester in external ballistics. Lighter bullets exit the muzzle having a faster velocity, while a slender and longer profile positively impacts the ballistic coefficient. A higher BC of the 6.5 CM means that the bullet loses less velocity as it moves through the air. All these aspects contribute to a flatter trajectory and less bullet drop at distances.

At 500 yards, the difference in the bullet drop of both rounds is negligible, but at longer ranges, the .308 Win drops faster and further and becomes more susceptible to wind drift.

The 6.5 Creedmoor also has a higher sectional density (SD), the ratio of a projectile diameter to its mass. SD directly impacts the bullet’s capability to penetrate. All other things equal, heavier bullets have higher SD because they are longer. The 6.5 CM 140gr bullet has an SD of 0.287, while the .308 180gr bullet will have an SD of only 0.253. So, the 6.5 Creedmoor tends to penetrate deeper.

Now let’s talk about energy, an important thing to consider in the context of terminal ballistics. Both cartridges bring nearly the same amount of energy downrange, with the .308 Win offering a bit more at closer ranges because of its heavier bullets and higher muzzle energy. At 500 yards, the difference becomes negligible. However, at longer ranges, the 6.5 Creedmoor flies more effectively and, consequently, loses less ft-lbs than the aerodynamically inferior .308 Winchester.

When comparing .308 vs. .30-06 or other .30 caliber cartridges, the .308 is believed to give a milder recoil. However, the 6.5 Creedmoor, having a lighter bullet with a diameter of .264 inches, beats the .308 Win in this field, offering about 30% less recoil. Less recoil leads to faster follow-up shots and a more pleasant shooting experience in general.

Which is Better for Hunting?

If you want a simple answer, you can actually use both cartridges for hunting with equally great results. At 500 yards max, their ballistics is nearly identical: yes, the 6.5 CM moves a bit faster, while the .308 Win has a bigger and heavier bullet that hits with more kinetic energy and creates more tissue damage, but in the end, they both show a nice flat trajectory (at 500 yards) and are capable of delivering clean kill once the shooter’s skills are fine.

The only reason to choose the .308 for hunting elk and other big game animals in North America is a wider variety of .308 hunting rifles and more ammo loads. Besides, the .308 ammo is cheaper.

Which is Better for Long Range Shooting?

Of course, the 6.5 Creedmoor because it literally was made for it. At ranges beyond 500 yards, the 6.5 CM shows a flatter trajectory, less bullet drop, and lower wind drift thanks to its high BC, high SD bullet. All this and softer recoil contribute to better accuracy and faster follow-up shots. You can still pick a .308 long-range rifle if you want, but why do that if nearly all the best precision rifles have versions in 6.5 Creedmoor?

When choosing caliber, consider the range and the intended application. Within 500 yards, you won’t notice much difference. 6.5 Creedmoor vs. .308, the latter is more powerful, hitting the game harder, while the former is lighter recoiling and allows for faster sight recovery and faster follow-up shot in case of improper shot placement. So in the context of hunting, the 6.5 is overhyped, and for many, it would be better to choose a .308 rifle and fuel it with cheaper .308 rounds. But if we’re talking long-range shooting at 500-1000 yards, you should definitely go with 6.5 Creedmoor.