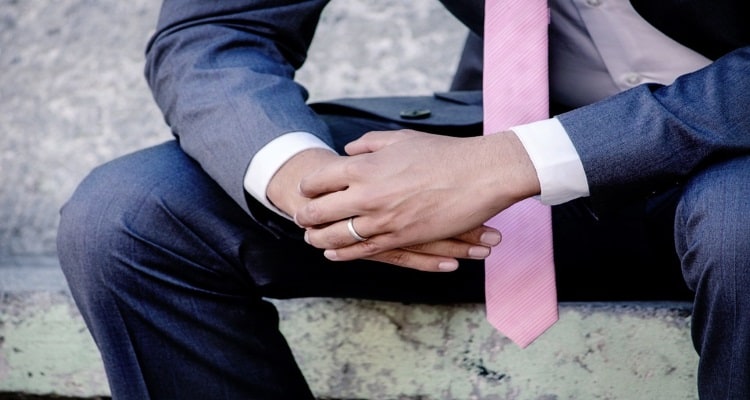 And What to Do about Them to Bring Back the Love

What are the signs your husband hates you? And, if he does hate you, what do you do, especially if you love him?

If you’re trying to get answers to questions like that, it’s a painful place to be. This hurt and loneliness are not what you imagined when you said “I do.” Not even close.

It’s just baffling if he hates you but won’t leave. And heart-wrenching if he has left you.

Either way, there is something you can do about it.

Here are four signs your husband hates you–and how to turn them around so you can bring back the love.

No matter how hard you try to keep the peace, does it seem like your husband just wants to fight, almost like he gets a kick out of pushing your buttons?

If he is picking a fight, say criticizing you for the mess in the house, how do you respond?

It’s tempting to explain the hundred other things you’ve been busy doing or deflect that he’s not Mr. Clean himself or defend yourself because, after all, how dare he. With all your hard work, you should be getting praise, not criticism! You might mention to him, like I did, that he should be thanking you.

If you’ve tried those approaches, how have they served you?

For me, they resulted in wall-to-wall hostility.

As author Faydra D. Fields wisely wrote, “Sometimes you have to decide which will hurt more: biting your tongue or having your say.” Problem is, I usually have a lot to say!

And having my say promises to feel irresistibly good in the moment, but when I’m bent on defending myself, it tends to hurt the intimacy. It doesn’t exactly inspire him to be understanding or tender either. Quite the opposite.

Biting my tongue for a few minutes, on the other hand, can go a long way toward preserving intimacy.

Does that mean you don’t get to have a say? Absolutely not! I am not pro-doormat. For a technique to speak your truth in a way that actually creates intimacy, read on.

When my marriage was riddled with verbal abuse, it was easy to feel like a victim. The harder part was seeing my part. As disrespected as I felt, I was actually falling short of showing respect too. I was a rager throwing out plenty of verbal barbs myself. When I did it, I was just “expressing how I felt”; when I was on the receiving end, it was “abuse.”

Seeing my part didn’t make his nasty comments any less hurtful. It didn’t make it right. I am not here to blame the victim or absolve abusers of responsibility. No one deserves to be treated that way.

It was valuable, however, to learn that verbal abuse is a two-way street. That meant I singlehandedly had the power to end this destructive cycle.

Assigning blame wasn’t getting me very far. I couldn’t make him communicate in the peaceful, loving way I wanted. The only thing I could control was the way I communicated. If I wanted respect, it could start with me.

One phrase went a long way toward bringing that respect to our communication: “I hear you.”

Not what you were expecting?

Communication is so often equated with talking that listening is the probably the most overlooked part. Yet it’s well documented that listening skills may be even more important than the talking part.

When I first started communicating using “I hear you,” it was hard to resist giving my two cents or being his problem-solver or critic. After some practice though, it felt freeing not even to have to agree or disagree with what he was saying.

It appeared to be freeing for my husband too, who wanted to talk to me more and more. He started opening up to me more when I became a safe place. The irony is that, even though I was saying a lot less, I finally got the long, deep talks I had always hoped for!

Not to mention the bedroom eyes that had gone missing. Finally, I discovered the best aphrodisiac for men!

As much intimacy as I was enjoying from simply biting my tongue and saying “I hear you,” there was one big exception when these did not cut it for me.

When my husband did or said something hurtful, I expressed my hurt by saying “Ouch” before leaving the room.

Note I didn’t say “I felt hurt when you ______.” That old line started another fight every time because I was back to criticizing him and thus showing disrespect myself, the very disrespect I was trying to eliminate.

But saying “Ouch” in the moment then removing myself from the conversation was a potent way to express my hurt vulnerably and give my husband the space to see that he had just hurt the woman he loves.

He learned how to treat me better in a hurry.

Of course, hurt still happens here and there, which is inevitable between two mere mortals. But it’s rare.

Nitzy took such vulnerability even further. Even though she knew all too well her husband’s look that said “I hate you,” one day she vulnerably told him “I love you,” something she had not said in years.

That’s when he looked into her eyes and said “I love you” himself. She broke down and cried.

She says she truly hated him a couple months ago but doesn’t feel that way anymore.

Her husband was probably seeing that hatred when he looked into his wife mirror. When she started mirroring gratitude instead, the hatred she’d been feeling from him melted into love.

Clara’s husband didn’t just give her the look. He would actually tell her “You repulse me.” And his actions spoke just as loud as his cutting words. He moved out and was having an affair.

Clara was distraught but determined. It’s natural to want to ask questions about the other woman: who, what, when, where, why. But Clara took a different approach. She decided not to give any oxygen to the other woman. So she didn’t ask such questions or speak about this woman at all.

She chose her focus so carefully because she knew that what she focused on increased.

That included not only her words but her thoughts too.

Not if something takes the place of blue. For Clara, instead of focusing on the other woman, she focused on being her best self. She became a master of self-care, doing frivolous things to make her feel happy every day.

Filling her self-care tank, including social, spiritual, and creative activities, had unexpected results. Instead of being a well of tears when her husband came to see her, Clara was surprisingly fun and light—just like the woman who attracted him in the first place, the woman he married.

Naturally, he came to see her more and more. Her remembering that Girl of Fun and Light increased her magnetism and decreased her hurt.

It decreased something else too—to the point that the other woman disappeared. And her husband moved back home.

If your husband is making excuses not to be at home, what would feel replenishing, frivolous and fun for you? What would help you remember your Girl of Fun and Light?

Sam’s boyfriend would go off on what she called “toxic blame rants.” Struggling with depression, he would get in a mood and make it clear he was really unhappy. He’d refuse to smile or say much to her. She would feel a sense of dread knowing that a landmine was about to go off. It seemed like no matter what she did, he would turn on her with toxic criticism and blame.

Sam knew that she needed a different approach than continuing to walk on eggshells or react to his moods.

On their winter getaway, they took a walk in the snowy forest. Pretty quickly, all conversation stopped and he got that deadpan look. She panicked. Anticipating his complaint or criticism, she wanted to say or do something to avoid the explosion.

Instead, she summoned her inner first-grade teacher. You know, the one who would say “Keep your eyes on your own paper” during a test. Sam knew that her eyes were all over her boyfriend’s paper.

She got back on her paper by imagining that she was carrying little Sam and talking to her, telling her that they could still enjoy this beautiful place. He could say something if he needed to, but they didn’t have to control that. No matter what he might say, she was taking care of little Sam, who was safe with her. Sam kept coming back to that little girl and to appreciating the beautiful forest.

Remarkably, for over two hours Sam didn’t say a word to her boyfriend except to point the direction. When they got home, he made a beeline for the basement. When he came back upstairs he said, “Argh, sweetheart, that walk was SOO hard! My inner voice was just destroying me. It was torture. It would have been so easy to blame you, but I know it wasn’t your fault. I just love you so much. You’re the best.”

She let him know that she heard him and even expressed gratitude for how kind he was, no matter what his mood was, and how self-aware.

There were no blow-ups that day, which she says was a miracle.

As these women could validate, it’s only natural to want to make sense of things when you’re seeing symptoms of a breakdown in your relationship. To make them mean something, such as “he hates me.”

But what if these so-called signs of hatred didn’t have to mean that at all?

Thousands of women on our campus saw such “signs” not as hate but as opportunity. They tried a different approach, became their best selves and changed the dance.

Before long the fights, verbal abuse, abandonment and blame were long gone.

In their place grew connection and intimacy like when they were first dating–as if that same man had been there all along, waiting for the chance to reemerge–or often like never before.

If you’re ready to bring back the love, which experiment will you try first?