When it comes to autism in babies, the majority of us know the typical symptoms. Mothers start looking out for these at an early as two months. This is when developmental milestones begin to come into play.

Any parent will arm ourselves with as much knowledge as possible to spot potential issues and get to the bottom of them fast. That’s why most of us look out for things like-

And other common factors which any parent is sure to see as a red flag.

Awareness is so widely spread now that we often look out for issues like these without consciously doing so. As a result, children are getting diagnosed younger than ever. They’re then offered the treatment they need to find their place in the world.

Sadly, these obvious issues aren’t the only signs of autism in a newborn baby.

Sometimes, these things don’t even make themselves known until a few milestones pass unnoticed. But, that doesn’t mean you have to wait around to find out what care your baby needs.

In reality, there are some other, lesser-known indicators of autism at an early age. While none of these is a sure path to diagnosis, paring them with the issues mentioned above could get you on the right track sooner.

But, what are these lesser-known symptoms, and when can you expect to start seeing them?

It’s thought that around 46-85% of children with autism experience gastrointestinal troubles.

These can include things like vomiting, constipation, or cramps. It’s unclear why issues like these seem to go hand in hand with autism.

For the most part, theories suggest links with immunity issues and possible allergies. Some parents even find that cutting out foods like dairy can improve symptoms here. If left untreated, problems like this could well lead to an increase in behavioral issues.

This is because GI problems can lead to severe pain, which results in frustration on your child’s part. That’s why early diagnosis of something like this is the best option all around.

There’s even been suggestion that taking care of GI problems early can reduce behavioral problems later. Of course, spotting a problem like this in a baby isn’t always easy.

That’s why you should take action if you notice issues like continual bloating, excessive eating, or a refusal to swallow. It’s also worth looking out for if your child hits themselves in the jaw.

If you think there’s an issue here, don’t be afraid to talk to your pediatrician.

While we’re on the subject of issues with food, food allergies are also pretty common in babies with autism. Spotting these is crucial given that eating problematic foods can worsen other symptoms of autism by causing swelling in the brain.

Gluten, dairy, and sugar seem to be prime suspects here, but that’s by no means a sure thing. Even before your child can communicate, you should see symptoms of any allergies present.

This is something you can look out for the moment that they move onto a solid diet.

At that stage, keep a close eye on your child when they eat foods like these. Then, make a note of any issues such as increased distress or skin rashes. More often than not, your pediatrician will recommend that you remove one problem food from your child’s diet at a time.

This can help you to get to the bottom of an issue like this, though it can take a while to see the benefits of doing so. The sooner you spot something like this, the sooner you can decrease your child’s distress and help to improve their behavior.

In fact, all newborns shed a layer of skin in the first weeks after birth. But, it’s also worth noting that babies with autism are 1.6 times more likely to experience skin disorders.

The reason for this is often allergies or immune disorders found linked to the condition.

Either way, it isn’t unusual to see symptoms like eczema or different kinds of baby skin rashes. While it’s important not to jump to conclusions when you spot issues like these, they are worth keeping in mind alongside the other symptoms mentioned.

In some cases, skin rashes like these may even help you to diagnose the food allergies we spoke about above. If you notice rashes appearing after the consumption of certain foods, then, it’s worth talking to a doctor. Make sure, too, to treat these rashes uses creams and other methods.

Again, these can cause undue stress to any baby, which can result in problems with behavior.

Before the six month mark, all babies wake up for regular feeds through the night.

This is something any parent knows to expect and can make it tricky to spot sleep disorders at these times. But, trouble sleeping is yet another early warning sign of autism.

In fact, up to 80% of children with autism have some trouble sleeping. That’s a pretty high percentage, making this something you need to look out for. While some children on the spectrum have difficulty falling asleep, others get into the habit of waking up early.

In large part, it’s thought that this is due to the anxious functioning of a mind with autism.

Many experts suggest that children may lay awake worrying, or start overthinking the moment they wake up. Later in diagnosis, medications can also cause issues at night time.

Often, things like sticking to bedtime routines and keeping your child’s bedroom dark can help. If you’re unsure whether your baby is experiencing trouble sleeping, pay close attention to their nighttime habits. Do they wake up at feed time or before?

Do they take a long time to get to sleep even when tired? If yes, this may be another symptom worth making a note of. 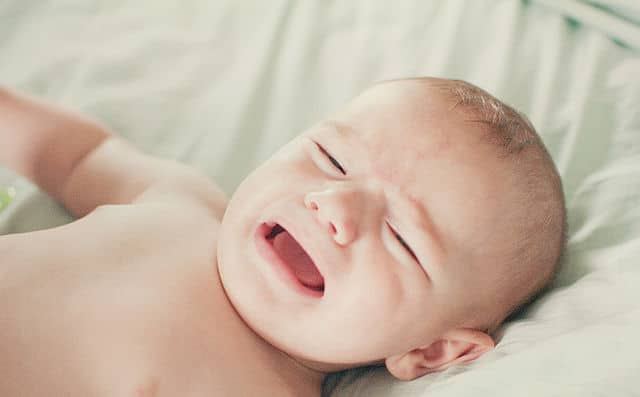 Last, it’s worth noting that headaches and migraines are another symptom which often goes under the radar. It’s easy to assume that you don’t need to worry about this, but studies suggest migraines can begin as young as six weeks.

As such, it’s possible that your baby is experiencing this without your knowledge.

Children with autism seem especially prone to issues here due to pain insensitivity. This problem also appears to arise as a result of medications and, as children get older, headbanging.

The anxiety we’ve already spoken about is also often to blame for the appearance of migraines. This can be a tricky thing to deal with, especially in a young child, but it’s not impossible. If your child cries with no real reason or puts their hand to their head often, this could be the problem.

Again, speaking to a doctor is your best option. It may also be worth attempting some nutritional changes and soothing therapies. Straight away, these could reduce the frequency of those horrible headaches.

It’s easy to miss all the symptoms mentioned here, especially if you don’t know to look out for them.

It’s important to note, too, that none of these alone is a sure indicator of autism. Skin disorders and trouble sleeping are commonplace for the majority of babies.

If you’re noticing a few of these issues, though, you may well have grounds for worry. In that case, book an appointment with a medical professional. At the very least, they can put your mind at ease.

If you feel as though life is just getting too much for you, then you will know how frustrating and debilitating it can be. You may feel as though you are unable to get on top of things and that...

Continue Reading
link to Help! My House Is Falling Apart and I Can't Afford to Fix It

Owning a home is a dream for most Americans. However, it also means you can't rely on a landlord for home repairs.  Sometimes the high cost of home repairs or a recent change in income has...