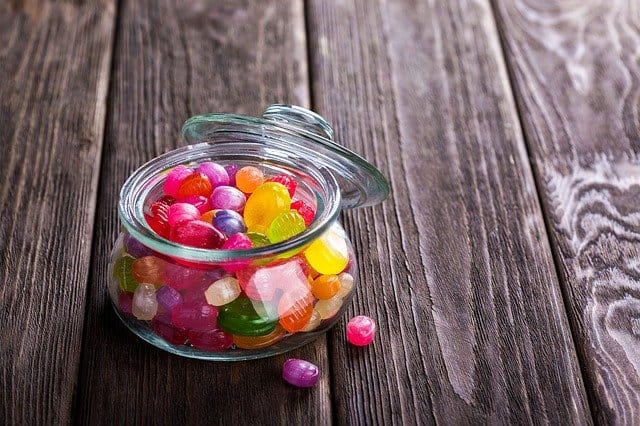 For most parents, candy seems like evil reincarnate. Those seemingly innocent treats can certainly turn your children into little devils if they have too much. Yet, like the nectar of the Gods, even the sight of those bright packets has them beginning you to buy the bad stuff.

It’s a stressful predicament, and one that any parent needs to get on top of if they’re to avoid hyperactive behavior and tooth extractions. Yet, we’re here with the shocking news that banning candy altogether might not be the best way to go.

We understand the temptation, we really do.

Wouldn’t your life be so much more peaceful if your kids weren’t loaded up on sugar? And, anyway, isn’t it better for them to pick fruit instead? Certainly, but that doesn’t mean it’s going to happen. Worse, cutting candy altogether is almost guaranteed to backfire.

So, while you will want to cut down these high-sugar treats as much as possible, letting them into your household in moderation could be crucial. And, we’re going to look at why.

The issue of forbidden fruit

The moment you forbid something, the chances are that your kids are going to want it more.

This is a common parenting issue that drives many of us wild, but there it is. As such, the moment you take a hard-no stance on candy, you may inadvertently make it more appealing for your youngsters. This is especially the case if their mates can indulge sometimes.

Your kids will begin to fixate on getting their hands on that forbidden fruit before you know it. This can lead to their wanting candy a lot more than they might have if you’d just loosened those rules a little.

A lack of control

It’s also worth noting that, the moment you forbid something, you put it outside of your parenting remit.

Knowing that they shouldn’t have candy probably won’t stop your kids from spending their allowance on it. Instead, they’ll buy it and then hide their consumption from you, leaving you entirely powerless to take any real control here. Yet, by instead allowing candy in small doses, you guarantee that you can keep an eye on how much they’re having, and how high in sugar those treats happen to be.

And, that’s far better for helping you to stay in control of the issue.

It’s also worth noting that banning any food can lead to missed lesson opportunities.

Remember, it’s down to you to teach your kids good eating habits every step of the way. That’s never going to happen if you put your foot down here. But, by instead giving them limited candy supplies and explaining why it’s important not to overdo things, you’ll give them a much better idea of healthy eating.

Not to mention that simple things like keeping candy for after dinner can, again, encourage the best possible eating habits moving forward. That’ll undoubtedly serve you better than attempting to pretend such issues don’t exist.

Restriction is always a negative word

It’s also worth noting that food restrictions in any form can spell terrible news for our youngsters.

The fact is that, at this age, they shouldn’t have any real idea about cutting things out or limiting themselves, especially given that eating disorders can arise among even children younger than 12.

While it may be an exaggeration to say that cutting candy will put you youngsters at risk, it is the beginning of a slippery slope. For children already susceptible or worried about their weight, even this seemingly simple issue could lead to more severe setbacks.

In cases of bulimia, altogether removing sugary foods from young diets could even lead to binge-like behaviors. After all, without the ability to judge for themselves when enough is enough, they’re less likely to hold the knowledge of when to stop eating bad foods.

Hence why any parent should aim to limit, rather than restrict, certain food types.

This change in language alone avoids the perception that food is a battlefield of any kind. Instead, your kids will see from an early age that moderation is key and that awareness, rather than total restriction, is the way to get this right. All because you let them have a little candy along the way.

Let’s face it; candy probably won’t ever be your best friend. But, by accepting that it’s an inevitable aspect of having children in the house, you can at least turn this issue into a positive for your entire family.