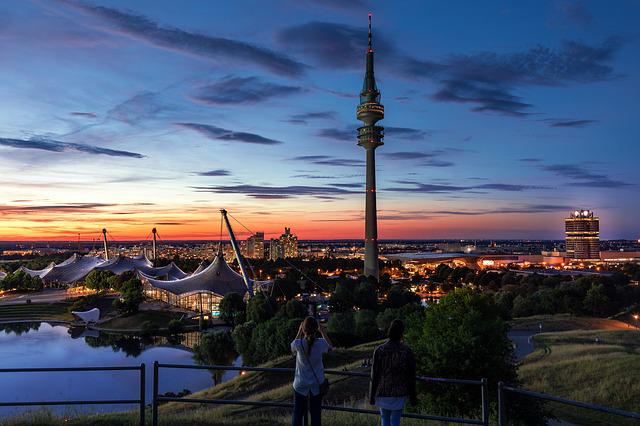 Welcome to the capital of Bavaria and, at the same time, the world’s beer capital — the city of Munich. In addition to Oktoberfest, Munich is known as the home of the BMW concern. But few people know that this is the only city in the world, right in the center, where you can stand on a board and catch a wave. Immerse yourself in industrial romance, walk through the confusing medieval streets, meet monks (by the way, Munich was founded by Benedictine monks), drink filtered and not beer, go to museums, and enjoy life on a Munich free walking tour.

The Bavarian administrative center has many beauties worthy of the attention of every tourist. Munich has existed for almost a thousand years; during this time, so many architectural and cultural monuments have accumulated on its territory that one weekend is definitely not enough to carefully consider them all. Therefore, it is best to choose longer tours. If there is no such opportunity, you should think carefully about every step you take in the city to save as much time as possible, because all the sights of Munich deserve a visit.

The epicenter of Munich is the Marienplatz Square, in the middle of which rises the Mariinsky Column, which gave the square its name. A pink marble column is crowned by a gilded statue of the Madonna, and the base is decorated with four sculptures symbolizing war, plague, heresy, and famine. The column is considered one of the reference points, the zero kilometers for measuring distances in Munich. And nearby, there is a fountain with a metal fish, only you don’t have to throw coins into it, but you just have to get your wallet so that, as the legend says, it will finally have money.

The most famous background for selfies in Munich is the Neo-Gothic building of the New Town Hall located right there. You can climb the tower of the town hall: there is an observation deck. Outside the tower, there is another attraction — a clock with bells, bells, and rotating figurines. They strike at exactly 11 a.m., and from May to October at noon and at 5 p.m. The figurines move simultaneously on two tiers: on the upper one, knights are fighting in a tournament on the occasion of the Duke’s marriage, and below, figurines of bochars are circling in a dance, celebrating the end of the plague.

Nearby is the old city hall, which is interesting because the Toy Museum is located on its floors. By the way, the idea of ​​the exhibition was born by accident. It’s just that its creator, a Czech director, had nowhere to put the toys he had accumulated during his collection, so he, on his wife’s advice, went out for a beer with the town mayor, and that’s how the museum was born. For adults, the ticket costs €4.

On the right, you will see the building of St. Peter’s Church — the oldest in Munich. Perhaps the same monks who gave the city its name once settled there. Its bell tower, “Old Peter,” is another excellent viewing platform, slightly higher than the one in the town hall.

If you go further along Westenrieder Street, it will lead you first to the Isator Gate, in one of the towers of which there is a museum dedicated to the popular local actor Karl Valentin, who has been compared to Charlie Chaplin.

Rindermarkt Street leads to the City Museum in the building of the former arsenal, where an interesting collection of not only ancient weapons but also musical instruments and the Puppet Theater is stored. The latter is undoubtedly one of the most significant and widely represented collections worldwide.

In fact, a traditional snack will not be sausages with beer (leave them for dinner in a good restaurant), but a kebab, falafel, or sandwich.

Kebab restaurants can be found almost at every turn and usually close at midnight, there is no point in advertising them, we will recommend only one chain that monitors quality — Oliva. You will recognize them by the bright salad color of the interior and the same uniform of the chefs. Only in the center, there are more than 10 points of this network.

Sandwiches in the local Bavarian style can be found in such chains as YORMA’S, Brezelina, and Dean & David. In addition to sandwiches, you can make mashed potatoes to go at Bretzelina, and at Dean & David, you can choose or make your own salad.

As an alternative to denars and sandwiches, try a burrito at Burrito Company. The company’s founders brought the idea with them two years ago and still spin the best Mexican rolls in the city for just €7. The truth is that everything looks hipster, and the trick is that you choose the composition of the burrito yourself, following the principle of Asian wok-to-go. There are also enough points where you can take a box with Asian food with you, there are practically no differences in price and service, as luck would have it.

The central street of Maximilianstrasse is intended for royal shopping and wallet. More than 70 boutiques from Chanel, Versace, Louis Vuitton, Hugo Boss, Armani, Dolce and Gabbana, Gucci, and others, chic cafés and restaurants, luxury cars, and crowds of stylish passers-by — this is all Maximilianstrasse. It is impossible to be in Munich and not walk around it, but not everyone can afford to buy something in its boutiques.

If you look carefully at the shops in Munich on the map, you will find that many of them are located on Neuhauser Straße and Kaufingerstraße. And since both streets are located in the center of the Old Town, not far from Marienplatz, tourists make up a considerable part of the customers. On these streets, you will meet both shopping centers, for example, “Kaufhof,” and the most popular clothing stores: “New Yorker,” “Pimkie,” “Hallhuber,” “Zero.” If your favorite brand is “H&M,” then definitely come here — to one of the 4 branches (by the way, one of them only has men’s clothing).

More advanced shopaholics go to the Olympia-Einkaufszentrum shopping center — it is a 10-minute drive from the main train station. It is enough to dive into the subway — and it will not be necessary to rise to the surface in the next few hours, since you can enter Olympia-Einkaufszentrum directly from the subway, and it takes time to go around 135 stores. This shopping center is famous for its wide assortment and heavy discounts — in the “Hallhuber” and “Grain de Malice” stores, they reach 70%.

Of course, all Munich tourists are primarily interested in beer bars, so they go to the famous beer hall Hofbräuhaus. No matter how banal, it is worth visiting even non-drinkers as a historical object. “Hofbreuhaus” was opened as a court brewery of the Bavarian dukes in the 17th century, and almost 300 years later, it was rebuilt as a restaurant. Mozart, Lenin with his wife, and Hitler visited this restaurant at different times. Now there are three halls, one of which is intended only for local patrons, a beer garden, a museum, and even a safe for private groups of guests.

Another equally well-known bar-restaurant serving Augustiner brand beer is Augustiner-Keller. The main premises are located in the basement, and in the summer, there is also an open-air beer garden. The Löwenbräukeller functions similarly.