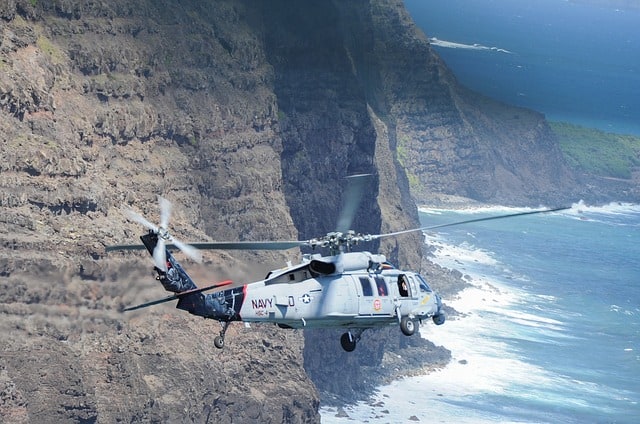 Did you know that Navy SEALs make up only 1% of Navy personnel? That’s right, it’s estimated that there are currently 2,450 active-duty SEALs.

And why are there so few Navy SEALs? Because being a Navy SEAL is extremely difficult. During training, 80% of candidates drop out.

So if you think you have what it takes to become a Navy SEAL, here is everything you need to know.

A Navy SEAL is a member of the Naval Special Warfare unit who is trained for unconventional warfare. SEAL is an acronym for Sea Air and Land.

People wanting to become a Navy SEAL must go through extensive training which includes extreme physical fitness, mental fitness and the ability to make the right decision fast, whilst operating as a team.

Often the role of the Navy SEALs operate in demanding conditions, so the training reflects this too.

There are certain requirements that potential candidates must meet, for example, you need to be 28 years old or younger (applicants are accepted by a case-by-case basis if you’re 29 or 30).

Another requirement is that SEALs must have under 20/70 vision (or which needs to be correctable to 20-25 vision). You must also be native-born or a naturalized United States citizen who can speak, read and write English fluently.

One of the benefits of being in the Navy as a SEAL is that it is the highest-paid enlisted operator role within the military. But this, of course, is because the Navy choose only the best of the best to become SEALs.

Navy SEALs also get a tax advantage benefit and a benefit known as the GI Bill. This means that Navy SEALs don’t need to pay taxes on pay allowances, housing or food allowances. Whilst the GI Bill is an allowance that helps Navy members with their college education.

Other benefits include being part of a family and experiencing brotherhood, and being able to use your training and life skills in other parts of your life.

How Hard Is It to Be a Navy SEAL?

You’ll have to watch out for frog hogs too, who are women that are obsessed with being associated with Navy SEALs.

Find more inspiration from Jason Redman, a Navy seal who suffered life-threatening injuries during combat, but who used his experiences to help people turn their lives around just like he did.

Being a Navy SEAL Takes Physical, Mental, and Psychological Strength

Being a Navy SEAL is anything but easy, and it takes a certain type of person who is physically, mentally, and psychologically strong to become a SEAL. But it certainly is a rewarding career and one of which many men enjoy. So, do you think you have what it takes?

Don’t forget to bookmark our site to never miss our latest posts!