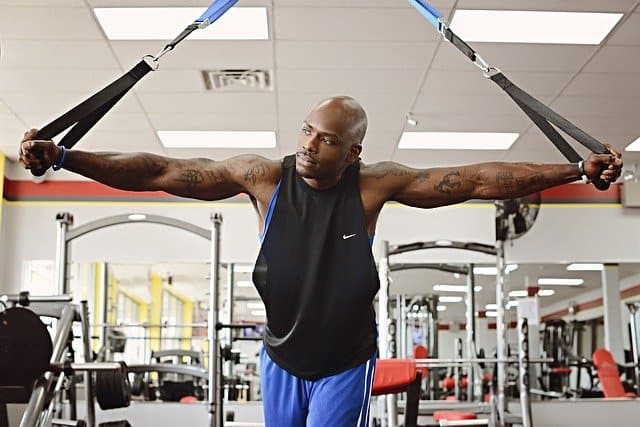 DHT is a sex hormone often created from testosterone to stimulate male characteristics such as body hair, a deep voice, and muscle growth. It is also sometimes associated with baldness and pubertal changes in men. It is produced by converting testosterone in the testes and prostate in men and ovaries in women.

The increase of dihydrotestosterone in the body may lead to puberty in boys, thus developing genitals such as penis and scrotum and pubic and body hair growth. It is crucial for girls for body and pubic hair growth and helps determine the age at which they begin puberty. Below are a few benefits of DHT in the body:

A healthy heart is necessary as it helps pump blood to all body parts, providing the body organs and the muscles with sufficient oxygen needed for peak performance.

Higher levels of DHT reduces the amount of fat deposition in the heart and vice versa. Thus, people with a high amount of DHT have lower death rates from heart disease.

It also accelerates the production of red blood cells in red bone marrow, posing a possibility of cardiovascular risks when it is low. It as well helps widen the arteries and reduces the likelihood of stroke.

The level of DHT in the body naturally rises in response to sexual arousal and sexual activities.

Men with higher levels of DHT usually enjoy greater sexual activity. Older men require more DHT to boost their libido and erectile function, even if erectile dysfunction is often due to medications or other conditions rather than low testosterone levels.

Consumption of more herbs and vitamins may help boost your level of DHT Blockers in the body, thus a better sex drive.

DHT in the body is responsible for increasing the mass of the muscles. The body mass helps in controlling the body weight and increases energy.

Thus an increase of DHT in the body can decrease fat mass and increase muscle size and strength and works best when combined with strength therapy and exercise. When it is low in the body, it can be associated with poor quality of life since it causes fatigue, irritation, and depression.

Studies show that men with higher ratios of DHT in their bodies have less incidence of Alzheimer’s disease.

There’s also evidence of a strong correlation between DHT and thinking capability, such as faster processing speed and verbal memory. It’s essential for patients suffering from anxiety and depression as drugs such as finasteride which tend to lower the DHT level, often induce depression.

DHT plays a huge role in bone mineral density since as men grow of age, bone density decreases and testosterone level also decreases. This may increase the risk of osteoporosis and weak bones.