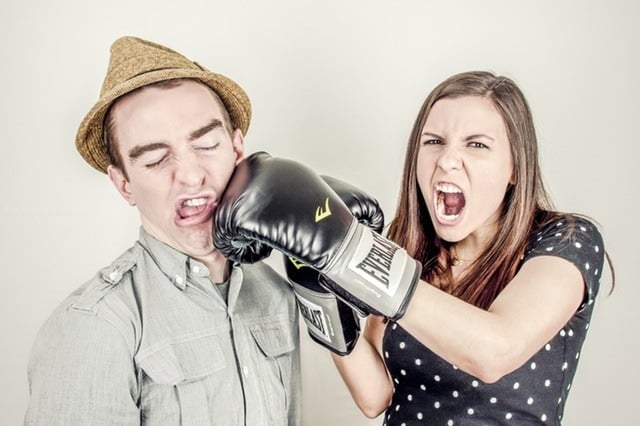 How to teach your husband to help with the household chores.

How many gender clichés are currently in circulation about men? While it’s not to say that women don’t suffer from gender discrimination, it’s becoming essential to address a growing issue in the relationship. The typical stereotypes seem to imply that if there is a bad wolf that blows your couple apart, men are to be blamed for it. The question we want to ask once and for all is: Is any of it true?

The typical clihé: All men are pigs

When the terms of abuse and domestic violence are uttered in a conversation, most people tend to assume that a woman has been the victim of a violent and abusive boyfriend or husband.

In reality, there is an important myth that law experts Cordell & Cordell are fighting against every day. Not all victims of domestic violence are women, and more importantly, not all perpetrators are men.

Additionally, men who find themselves in a situation of abuse find it extremely difficult to receive the support they need. Indeed, more often than not, male victims have not received the attention they deserved from their local authorities and friends.

It’s important to understand that, in the end, protecting people’s rights shouldn’t be an affair of gender.

In a divorce situation, child custody is typically entrusted to the mother unless the father can provide overwhelming evidence of her harmful behavior.

For divorced dad, maintaining a healthy relationship with the child can be difficult as a result of biased custody decisions as well as the recurring occurrence of parental alienation.

However, father involvement is just as important as the mother’s.

When a relationship ends, it is the role of both former spouses to put the needs of their children first. Indeed, it’s time to consider the assumption that a child should always stay with their mother. Nothing equals maternal love, except for paternal love.

It is unfair and unfounded to claim that moms should be the better parent when a child needs both role models.

A tricky decision: Who’s at fault?

The #MeToo movement has allowed many scared victims to speak out and seek justice.

However, it has also been misused by some individuals who have seized the opportunity to make false allegations. While the debate has remained heated; there is no denying that the fear of defamation will stop many victims from obtaining justice.

However, women who have used the #MeToo movement to lie have also caused irreparable damages to the lives of innocent men. There is no way of sorting out the gender situation as long as people opt for the destructive path against each other.

We have reached a point in our society where we need to face the consequences of years of biased discrimination.

It’s time for men and women to seek a solution that protects and supports them both, without using their gender as a decisional factor. Violence, abuse, defamation are genderless.

When we accept that bad things happen because of bad people and not because of one gender has to be at fault, we can be better equipped to move forward, towards an equal and fair environment for all.