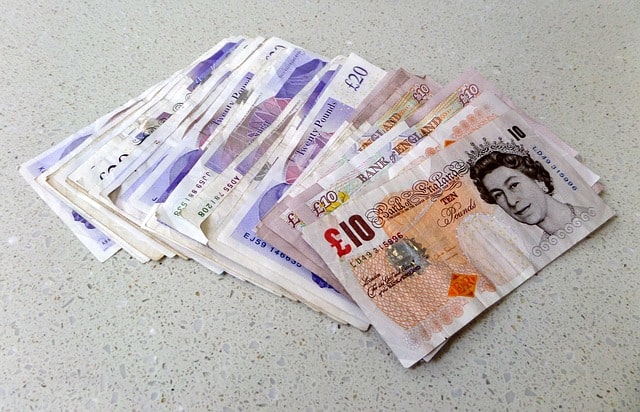 Betting in the UK has long been a tradition for both men and women, with the act of placing a bet going back for centuries, whether that be in the form of a bet on sports or even a lottery.

Although we think of sports betting in particular, to be a fairly modern phenomenon because of the rise of online betting, the truth is, that it’s been going on long before our time.

History of Betting in the United Kingdom

In fact, gambling was originally made legal under English common law but then made illegal under the Unlawful Games Act of 1541.

However, it was very rarely enforced by the law makers and in 1845 the Gaming Act allowed the resumption of games of skill, made cheating an official crime and simplified the regulations on gambling houses.

That allowed betting shops to become increasingly popular and despite new laws being introduced against them around the start of the 1900’s, bookmakers were one step ahead of the police by hiring runners to distract and warn of the forces.

By 1928 the Racehorse Betting Act was brought into play and that allowed punters to place a bet on the action, either at their local betting shop or even at the racecourse itself.

The popularity of betting was booming by this point, and in 1934 the Betting and Lotteries Act took greyhound racing into account, with the Football Pools becoming a real hit with the general public when they were taxed through the Pool Betting Duty in 1947.

From there the Betting and Gaming Act was set up in 1960, which also legalised private casinos, with the government even getting their own piece of the action by creating the National Lottery in 1994.

Here in the UK, betting on horse racing is believed to have started in the 1600’s during the reign of King James I.

The Royal family still has a strong association with the sport today with the Queen owning a string of racehorses as well as a breeding operation that is known as the Royal Stud. The Royal family also owned the estate in which Ascot Racecourse resides, and the Royal Ascot meeting takes place on the course each summer.

On the betting front though, horse racing odds are wide and varied with Britain. Unlike many of the other countries where a pari-mutuel system is in place to take bets, the UK version of that – the Tote – only accounts for a small percentage of the total betting turnover in the country.

In the tax year up to March 2018, off-course horse racing betting turnover in the UK amounted to over £4 billion, with the majority of bets currently placed on horse racing done so in betting shops or through online gambling accounts.

The Rise of Online Betting

In 2018, there were still over 8,000 betting shops in the UK, but this quickly declined when the government placed restrictions on Fixed Odds Betting Terminals, often referred to as FOBT’s in the industry.

Many of the stores closed down and moved their efforts online, something which has become much more apparent in 2020, with the national lockdowns causing betting shops to close for the majority of the year and into 2021.

Instead, sports bookmakers have moved online in search of the remote customer. For many of the younger generation, this hasn’t proved to be too much of an issue, with many punters now choosing to place their bets online anyway.

Many of the betting firms that can be found at Oddsmanager, now have their own mobile apps, which allow punters to place a bet at their fingertips, with a huge variety in betting markets available to choose from.

The whole online betting experience has become much greater, and the developments in live streaming have also helped in-play betting to become a possibility.

Practically every online sports bookmaker now offers their customers the chance to watch the action within their app or website. Be that a horse race from Ascot or a football match from Spain, there is a huge library of in-play bets that are available to watch for free.

That has allowed bookmakers to create a series of in-play betting markets, which for football often include odds on the next goalscorer, a player to be carded or even the correct score.

This gives punters the opportunity to place a bet on the action once it has started, and even place multiple bets as the game or event progresses.

This is a distinct difference from what was normally offered in betting shops like Betfred, and it is expected that the live odds, or in-play odds, are what will become even more popular as the speed of sports continues to progress.

The Future of Sports Betting

When it comes to the future of sports betting, there are few things that are likely to have more of an affect in the coming years than Bitcoin. Not only can customers already use Bitcoin with some betting companies, but there are additionally plans to build up a cryptographic money betting stage that offers the customer extra for using that currency method.

In the future, we may well see Bitcoin grow to dominate the marketplace and become the gambler’s currency of choice. Not only does Bitcoin aid responsible gambling by allowing participants to keep their bankroll entirely separate, but its transparency and lack of fees also enables players to optimise their returns.

From an operator point of view, Bitcoin also eliminates the need for costly conversions between currencies, which can undermine profitability during cycles of sustained devaluation.

With that in mind, we ought to anticipate that Bitcoin should step by step assume control over the gambling and sports betting industry over the next decade or more.