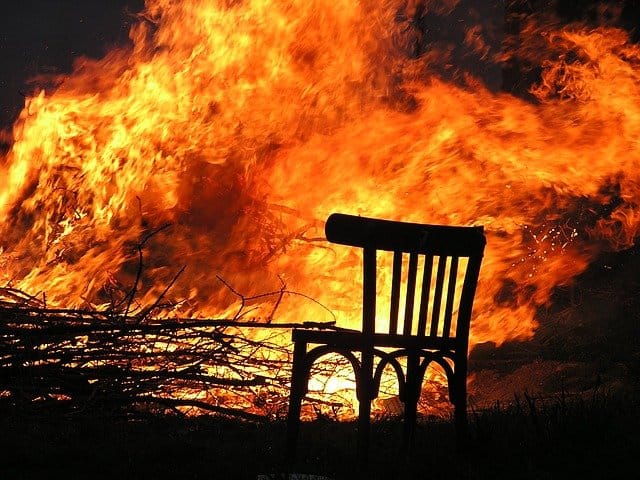 At some point or another, most people suffer a burn injury. Although most burns are minor, some can be severe. Burns are divided into three different categories. A first-degree burn affects only the outer layer of the skin and is relatively minor. A second-degree burn involves lower levels of the skin and, although more serious than first-degree burns, often heal on their own without medical intervention.

A third-degree burn, however, is a burn that goes through all layers of skin and could involve muscles or tendons underneath.

Victims of serious burn injuries like third-degree burns often face overwhelming medical bills. The cost of a moderate burn may be as much as $206,000 or more, and it can cost more than $1.6 million to treat a severe burn.

If complications arise, your bills could top $10 million.

The skin of a third-degree burn, sometimes called a full thickness burn, appears charred. It may be black, white, or deep red, and it is often numb when you touch it. A third-degree burn cannot heal on its own, and it is possible it will require skin grafting.

A doctor will also determine the seriousness of a third-degree burn based on how much of the body is burned. For example, a burn across the torso of an adult could be considered to have 36 percent of their body burned. In most cases, someone whose burn covers more than 15 percent of their body will require extensive and immediate medical attention.

The next step in determining whether someone can survive a third-degree burn is how severe the burn is. The doctor will determine:

The doctor will also determine if you may have inhaled gases, smoke, or fire, which could also impact survivability.

The most common treatment for third-degree burns is skin grafts. A surgeon removes layers of skin from another part of your body, usually the thigh, back, or buttocks, and places it over the burn area where it grows over the burn. In some cases, a doctor may use a temporary graft using animal skin.

Often, it is not the burn itself that causes death but complications that arise due to the burn. Burned areas can become infected easily, and treatment often includes scrubbing the burn several times each day with antiseptic soaps to prevent that from happening. The cleaning of a burn can be extremely painful.

Infections can spread to the bloodstream. This is a condition known as sepsis, which may be deadly. In addition, skin helps keep fluid in your body. Because a burn causes loss of skin, you could lose fluids. Your body temperature can also drop to a dangerously low level.

A burn that affects the circumference of a digit, leg, arm, or torso is known as a circumferential burn. This type of burn is especially dangerous even after the burn heals as the scars can affect circulation. This may require additional surgeries to relieve pressure from the scar in order to prevent loss of a limb or other damage to the body due to excess pressure.

It is possible to survive a third-degree burn depending on the severity, location, and percentage of the body it covers. If you have suffered a burn due to someone else’s negligence or carelessness, you may be eligible for compensation that would cover the costs of the long-term care you will need to treat your burn.