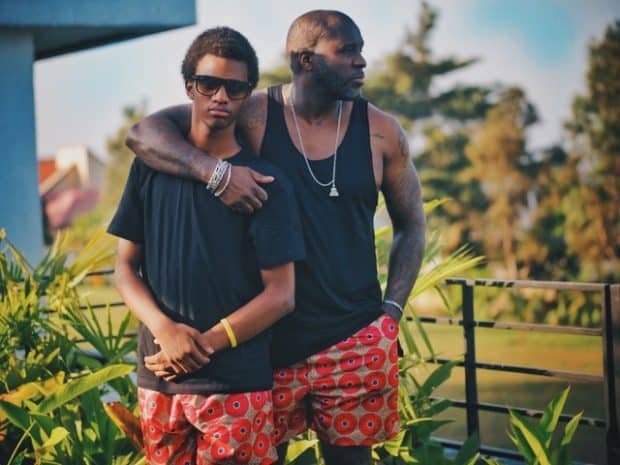 If you’re a dad, then you’re probably looking forward to all kinds of events in your child’s life. You might eagerly visualize your son’s first clarinet recital or your daughter kicking the winning goal in a youth soccer game. You’re on board for their first love, straight As on their report card, and all the rest of whatever life offers them.

You can also pass down some of the car-related knowledge that you’ve gained during a lifetime of driving. They can learn some of these skills and hear some of these tips from other sources, but they’re going to seem a lot more meaningful coming from you.

Here are five of the top lessons fathers can teach their kids about car ownership and driving.

Tell Them Not to Ever Drink or Consume Drugs and Drive

Car crashes happen all the time. In Texas, the Department of Transportation reported that one crash occurred every minute in 2019.

All kinds of things can cause car accidents, from an animal running across the road to a vehicle malfunction of some sort. Alcohol and drugs often play a part, though, and that’s the one mistake that, as a father, you want to be sure your young adult son or daughter never makes.

You can talk to them frankly and seriously about your expectations when they get their driver’s license. You can make clear that if you get them a vehicle, or they borrow yours sometimes, they are never to get behind the wheel after consuming alcohol or drug experimentation.

You likely don’t want them to try drugs or consume alcohol until they are at least 21, but you should also tell them that, if they ever do indulge, you want them to get an Uber or a taxi home rather than trying to drive. You might be a little mad at them if they do that, but you’ll still be proud of them for not driving while in an intoxicated state.

You should also teach your young adult son or daughter how to change a tire, proper maintenance, and when to consider buying new tires of good quality. If you don’t know how to do that, then the two of you can learn together. As an adult, that’s something you should know too, so now can be the perfect time to gain this vital skill.

They should always have a spare tire and a jack with them in the car. You should also teach them how to check their various fluid levels. They should know how to replenish the windshield wiper fluid, engine oil fluid, and brake fluid at a minimum.

With the oil in their car, it’s even better if they know which type of oil is best for their car (and how the type of oil needed might change based on the season). For example, with 5w20 and 5w30 oil, 5w20 is better to use in cold temperatures.

Show them where on the vehicle they can do that. Demonstrate it for them, and then, the next time they need to check the fluid, allow them to do it to see if they learned the lesson correctly.

Tell Them Never to Tailgate Other Vehicles

You should tell your young driver that they should avoid tailgating under any circumstances. If they are on the highway and a vehicle is going very slowly ahead of them, they may want to tailgate it to try and get it to move out of the way. If that vehicle is in the fast lane, the temptation might be even greater.

They should never do that, though. Tailgating is dangerous since the car ahead of them might decide to slam on the brakes to teach them a lesson.

Also, if they tailgate the wrong person, they risk causing a road rage incident. They never know if the driver ahead of them is having a bad day, and the next thing your kid knows, that driver might pull out a bat or a gun and go after them.

They can get past a slow-moving car on the highway by getting in the slow lane and passing them on the right. They should also do so without honking or gesturing at the driver.

Tell Them to Stay Off Their Cell Phone

Almost all young adults have smartphones these days, and there’s nothing wrong with that. You might want your child to have a smartphone after a certain point so you can communicate with them if there is ever an emergency.

However, they must never use their smartphone while driving. They should neither talk on it nor text with their friends.

If they ever do either of those things or if they use the smartphone while driving for some other purpose, they risk wrecking the vehicle. You can tell them many studies have shown that texting or talking on a smartphone while driving is dangerous. If they ever do it, they risk not only their lives but the lives of cyclists, other drivers, and pedestrians.

You should also talk to your young driver about the process when they’re ready to buy a new car. You can speak to them about the cons and pros of buying brand-new, used, or certified pre-owned.

You can tell them if they buy a brand-new car, it will depreciate considerably as soon as they drive it off the lot. They’ll also have to pay top dollar for it. On the other hand, they’ll get a warranty, which is appealing.

You might inform them they can save some money buying certified pre-owned, but that they will still get a reliable vehicle. You can tell them about saving money by buying used, but how they probably can’t expect to get a warranty if they go that route.

You can mention some anecdotes about your lifetime of driving and car-buying experiences. If you can tell them about some of your personal adventures, that might convince them to follow your advice.

You should also tell them that you’re there to help them if they ever have a vehicular problem. This is part of the wisdom that you can impart to them as a dad.