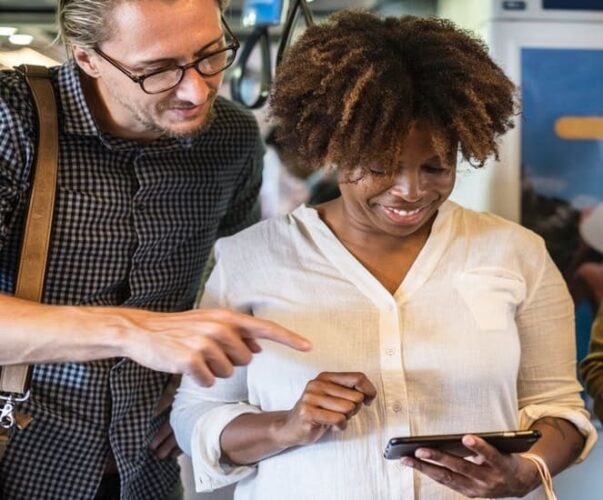 The planet is full of people from different ethnic groups and cultural backgrounds. Given the prejudice that some less-enlightened individuals can demonstrate, more and more singles are opting to socialize online, via Facebook, Instagram, or by signing up to a digital dating platform. While these resources make connection easy, providing a relaxing environment for socializing, there will always be challenges for those choosing interracial relationships. Let’s take a closer look at some of these issues, and how digital matchmaking services are helping resolve them.

While we have portrayed the negative aspects that often impact interracial relationships, it is important to state that most people are far more forward-thinking. This is most clearly illustrated by social media or Internet dating outlets. Free from the prejudice exhibited by the rightwing press or political agendas, individuals are free to mix with whoever they wish. One of the most enlightening aspects of digital communication is the way an ebony dating website can cross cultural and ethnic boundaries. Black singles in one country can feel free to touch base with people from the other side of the world. Attraction is purely based on core aspects, such as chemistry and shared passions. The racial background of a prospective partner becomes of far less importance.

Pressure from family and friends

In the 21st century, although societies across the world are more progressive than ever before, and racial prejudice is legislated against, interracial marriages still face a lot of pressure. This ranges from the occasional raised eyebrow through to hostility and discrimination. In more conservative families, there can often be a sense that individuals should only marry within their cultural demographic. When religion is added into the mix, interracial marriages can face particular issues. The key is for the subjects to put their true feelings first and foremost. There is an adage about ‘love conquering all,’ and even the most bigoted individuals can sometimes feel their self-centered outlook dissolving when they appreciate how much in love a couple happens to be!

As touched upon, one of the greatest entrances to the future happiness of an interracial couple is differing religious beliefs. Whether they happen to be Christian, Muslim, Jewish, Buddhist, non-believers, or simply a little agnostic about faith, society has a habit of introducing a bunch of preconceived notions into the mix. These can hinder the course of any relationship which is crossing barriers, but the good news for those involved is that the world is becoming far more secular. Strict laws and UN human rights declarations guarantee liberty, regardless of ethnic or religious background.

For the most part, the developed world embraces interracial activity. These days, few people bat an eyelid about couples from separate racial backgrounds getting together. This is reflected in popular media, with Netflix series or even the adverts in-between shows on terrestrial television reflecting racial diversity. Unfortunately, this is not a universal situation. Certain tabloid newspapers are still guilty of whipping up ill feelings to appeal to populist opinion. Subjects like immigration and refugees are still couched in the terms of the skin colour of the people concerned.

This sense of racial topics becoming politically charged is also reflected in statements by some politicians. We only have to look at current news events to gauge that refugees from war situations are often categorized according to religious beliefs or race. Disreputable politicians will then use the backgrounds of people entering a country as a political football, whipping up support by introducing a racial aspect.