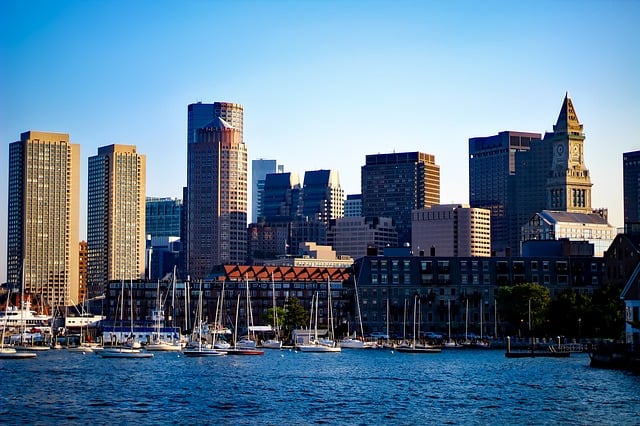 It is no secret that Massachusetts is one of the most expensive places to live in the United States. Also known as the Bay State, Massachusetts has high utility bills (including MA electric rates), healthcare costs, grocery prices, and transportation costs.

It means life is more expensive in MA. Additionally, the consumer price index (CPI) of Massachusetts is 270 and is expected to increase slightly in the coming years. The Bay State’s CPI is higher than that of the U.S. average (245) by 10.20 percent.

That indicates how Massachusetts’ pay rate is very high. Despite the high living costs, the Bay State has a lot to offer. You would find mountains, coastal gateways, and some of the best colleges and universities in the world. Many cities in Massachusetts have beautiful sceneries, trails, and parks that make life more fantastic. In this article, we explore the average costs of living in Massachusetts, including the costs for housing, utility bills, healthcare services, groceries, and transportation.

You’ll also get to know five of the most expensive and most affordable cities to live in the Bay State.

Health premiums in Massachusetts are one of the highest in the United States, with a monthly average of $617 for individual coverages and $1,687 for family coverages. Also, employees in the Bay State pay high out-of-pocket deductibles on health costs. In 2018, the annual average deductible for single coverage was $1,508.

On average, Massachusetts residents pay around $84.50 every month for transport by local buses and subway lines. However, if you will need to drive, you must register your car with the Massachusetts DMV at a fee of $60. Also, one gallon of gas fuel costs $2.87, and a metered parking space in cities such as Boston costs around $1.25 per hour.

The cost of food in Massachusetts is relatively expensive, costing about 18 percent above the national average. The average cost of food in MA is $3.55 per meal. You will need around $375 per month for food when you move to Bay City.

Massachusetts’ utility bills are one of the highest in the United States, with an average of $469 per month for electricity, natural gas, cable, water, and the internet. In a report by move.org, Massachusetts ranked position eight in terms of utility costs.

Cost of Electricity in MA

Residential power consumption in the Bay City averages 627kWh every month, which ranks the state 44th in the United States.

Despite the high cost of electricity in Massachusetts, you can still reduce your electricity bill by purchasing electricity from reputable electricity suppliers in MA. You should compare electric rates in MA to find the lowest electricity prices.

Many electricity suppliers in MA distribute power to residents living in different cities such as Boston, Revere, Somerville, Cambridge, and Everett.

Cost of Natural Gas in Massachusetts

That was around 2.3 percent of the total residential consumption in the country of 101,598 million cubic feet in that month. Massachusetts ranks as the 36th most expensive state for natural gas with a monthly cost of $79.66 on average.

Cost of Cable TV and Internet in Massachusetts

On average, Massachusetts residents spend around $85 per month on cable TV and an average of $100 per month on satellite TV services. The internet costs, on the other hand, vary depending on the connection type and speed. An internet speed of 60 Mbps costs around $64.42 per month on average.

Cost of Water in Massachusetts

Five Most Expensive Cities to Live in Massachusetts

The cost of living varies by city. Here are five cities with the highest costs of living in MA.

Five most Affordable Cities to Live in Massachusetts

While cities such as Boston and Cambridge have the highest costs of living, you can still find other cities with the lowest living costs. Here are five affordable cities to live in MA.

It is no doubt that life is expensive in Massachusetts. Most living costs are higher than the national average, including housing, health, transportation, food, and utility costs. If you plan to move to Massachusetts, you should work on your budget to accommodate all the costs. Also, remember to budget for the high MA electric rates.