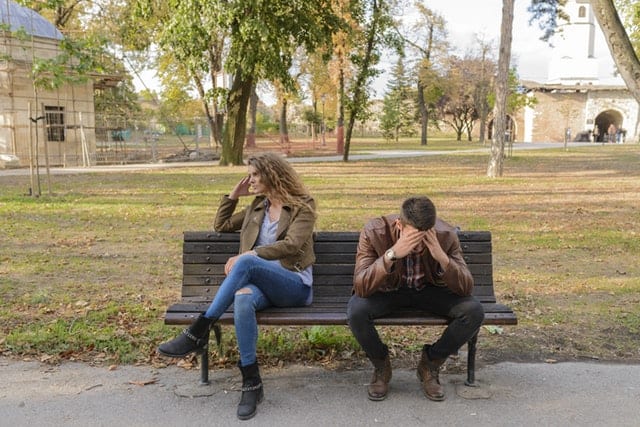 Intimacy is a huge part of any marriage or long-term romantic relationship. Some may think that marriage can’t last without intimacy. That might be up for debate, but there’s no denying that sexless relationships are seen as a problem by many a spouse. But instead of trying to fix the surface problem, it may be more helpful to look at the causes.

Here, we can outline a few that might give you an idea for a direction to start looking in.

Cheating spouses are, unfortunately, very common. Studies put it that married men cheat at rates of between 25 and 72 percent, and women are much in the same range. If cheating is a problem in a relationship, then the reasons behind that cheating have to also be addressed.

It might seem like a comedic trope, but there’s real evidence, as shown by this Livestrong article, that people are more likely to gain weight after marriage.

Once the pressure to attract a mate is relieved, some will lose some of the motivation that kept them trim. This can, unfortunately, have a cooling effect on a relationship. Though love is a factor, humans are visual creatures, and sudden weight gain can affect the libido on both sides.

As we age, we naturally produce fewer of our sex hormones.

This is most commonly a barrier for men, who have trouble maintaining an aroused state. As this comprehensive BlueChew review shows, there are solutions. But that isn’t the only sexual health problem that can crop up. Both medical problems and medications can cause libido drops. This is the case for anti-depressants, blood pressure medication, and certain hormone treatments, for instance.

Resentment can become a common theme in many long-running marriages, especially between those who have not learned to communicate as effectively as they could. Little disagreements and arguments tend to get stuck in the mind and tend to fester and collect. What could have been resolved can instead turn into a feeling that is sometimes hard to escape.

This Karin Sieger list of tips can help you start to unpack and defeat that resentment, but it’s important to try and avoid letting a marriage reach this stage.

Marrying for the wrong reasons

Believe it or not, sexual attraction is not always motivated purely by how much we are “into” someone.

It can also be motivated by other factors, such as a desire to snag that mate. As such, it’s common that people who get married for the status it will bring them or the idea that it will fulfill them often find they lose sexual attraction to partner after they get married. If this is the case, it may be that there is no saving that relationship.

If you find the reason that your marriage is suffering from a dead bedroom, then you’re closer to the solution to it. It might not be easy and it could involve a hard look at our own failings, but it can be an important step to saving and maintaining a marriage.