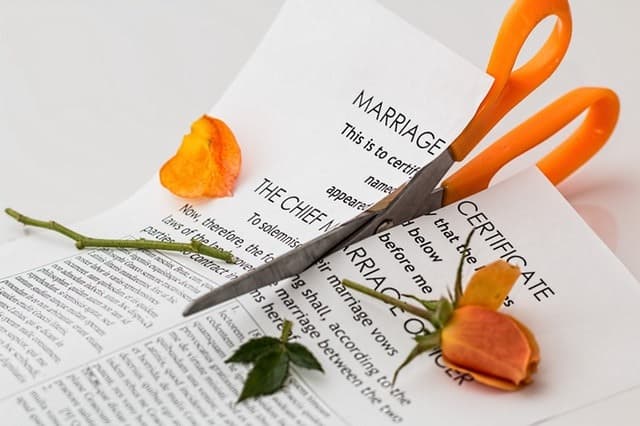 Divorce is an experience that not many people wish to talk about. As such, anyone new to the process may find it difficult to know how to proceed. There is a lot of red tape surrounding divorce, and going in blind can cause you to make mistakes. Should you discuss proceedings with your spouse? What happens when there are children involved? Are you allowed to discuss any details about your divorce at all?

These are all questions that your lawyer can answer; however, you may want to handle things outside of a court or at least head into it more prepared. With that said, let’s discuss the legal implications surrounding divorce in the UK to provide you with the ideal starting point.

Marriage is a contract you sign that states that you are to be partners from that point forward. That means for richer or poorer, in sickness or health, and any other promises that you made in your vows. Unfortunately, these promises don’t always stick.

Most marriages take time to break down. People grow to become different people; however, things can still go wrong in the early months. That does not matter in the eye of British law, though, and you must be married for over a year to qualify for a divorce when living in the UK.

While divorce is an unfortunate legal process, it can happen amicably. A new bill was passed in 2002 that stated that a couple can file for a no-fault divorce after two years of consistent separation.

In a no-fault divorce case, neither spouse needs to provide evidence of the other misconduct to gain the right to divorce. Instead, you will both need to write a statement that corroborates your partner’s views on the breakdown of your marriage. What’s more, a no-fault divorce cannot be contested by anyone except the judge presiding over the case.

The one item in that list that most people struggle to understand is unreasonable behavior. This notion refers to any behaviors that can make it impossible for your spouse to maintain a reasonable quality of life. These include impulsive over-spending, domestic abuse, drug abuse, alcohol abuse, or failure of support. Of course, the affected party will need to provide evidence of this behavior in a court case to be granted the right to divorce.

As for whether you should speak with your spouse during divorce proceedings, it all depends on the grounds for divorce. If you are aiming to secure a no-fault divorce, any evidence that may hint you have not spent years apart could jeopardize your case. However, there is no other legality preventing you from conferring with your spouse unless there is a non-molestation order in effect.

A non-molestation order is normally put in place to protect one spouse from threats or violence from the other. These are usually put in place when domestic abuse or other aggressive acts are the grounds for divorce, and you will need to negotiate the terms of the order with your solicitor from expert firms such as the National Legal Service to determine distance and duration. These non-molestation orders can also prevent your spouse from interacting with your child if you are the sole carer during the case.

Divorcing couples with children both have what is called parental responsibility. It essentially means that you share joint custody until you are told otherwise. This also means that neither party can do anything to prevent either parent from having access to the child before the case is resolved. That is unless there is a non-molestation order or similar procedure in effect.

When it comes to custody, the judge for the case will decide who gets what rights during the main ruling. Both parents can provide evidence to refute the other person’s claims, but the judge’s ruling is final in all UK divorce cases. The custody agreement is to be upheld until the child reaches the age of adulthood at sixteen, but this can be extended to eighteen in specific circumstances.

While the custody of a family pet is significantly less important than that of a child, it is still something worth exploring for those who are not in the know. As it stands, the UK court can only examine the ownership documents of a pet to decide who gets custody. Unfortunately, if your name is not on these documents, then your spouse will get sole custody of your pet.

If you are joint owners of the animal, then a judge may rule on a custody agreement. However, there are no set laws that can prevent you from seeing your pet.

Divorce is a permanent state, and this reality can settle in during the proceedings. That is why many couples choose to give their marriage another try, even after they have filed for divorce.

There is no legal reason why you cannot stop the divorce procedure at any time so long as both of you agree to the decision. You will have to file a new application to have your case dismissed, but that is all it takes to re-enter your marriage anew. Obviously, the application can be rejected if there are concerns about the legal welfare of a child or one of the spouses. However, there are no other reasons why you cannot stop your divorce.

Hopefully, this article has informed you of the legal rights and responsibilities that surround you during a divorce. A legal professional will be able to guide you further, and you should now have a decent understanding of how UK law works when it comes to the act of divorce.