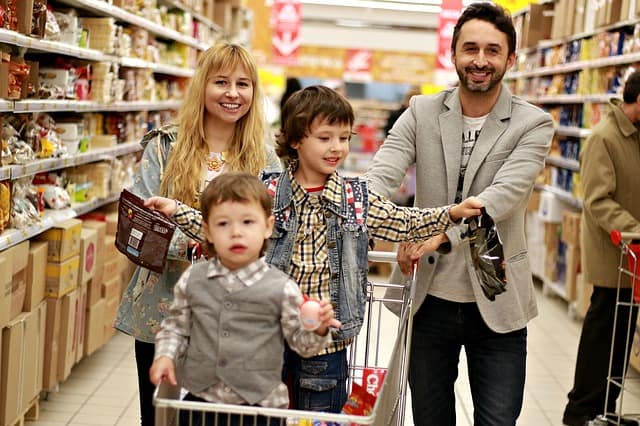 Long since the existence of ancient humans, individuals who used natural remedies on several ailments. As human life evolved, prescription drugs surpassed this noble discovery, only to retreat centuries later.

Currently, up to 4 individuals in 10 opt to use natural alternatives for several ailments. With over-the-counter medication resulting in severe after effects, individuals eagerly seek a better option. Let’s look at some natural remedies capable of keeping your family members hale and hearty.

From as early as the 17th century, individuals have used peppermint for indigestion and gastrointestinal ailments. Rich with menthol, it releases an antispasmodic relief on the intestinal muscle. Nowadays, menthol products fill the shelves for muscle pain, respiratory blockages, toothaches, anxiety, diarrhea, headaches, and many others.

According to a recent analysis, participants reported abdominal pain relief after regular use of peppermint. Positively, there were no ugly aftermaths associated with the herb.

Decades ago, most countries labeled cannabis as a legal substance. In 2013, Uruguay became the first country in current times to legalize cannabis use. Years later, 17 countries worldwide have joined the bandwagon already. Countries in Europe where weed is legal include Belgium, Croatia, Cyprus, Denmark, Czech Republic, Finland, Germany, Greece, and others.

As demand keeps on rising, manufacturing brands outdo each other in creating CBD edibles, creams, lotions, oil, tinctures, and vaporizers. Experts believe that cannabis’s immense benefits come from over 100 elements known as cannabinoids.

Cannabidiol or CBD is one of the most researched compounds in the hemp plant. Given that it has minimal THC (tetrahydrocannabinol), users do not experience hallucinogenic effects. When consumed, CBD attaches itself to the receptors in a human’s nervous system.

Echinacea has been a common natural remedy for years.

Basically, this herb is a coneflower byproduct capable of bringing relief to respiratory problems, tonsils, and ear infections. With rich anti-inflammatory and antiviral elements, Echinacea is safe even with children apart from those suffering from Lupus.

Other researches indicate Echinacea has chemicals that stimulate the body to make white blood cells. This is good news, especially for those battling with low immunity.

According to experts, the natural supplement is more effective when taken immediately symptoms appear. Altogether, most brands advise users to ingest Echinacea with food or water to avoid stomach upsets.

Since 500BC, chamomile has been a preferred herb in treating a whole range of conditions. From headaches, fever, muscle spasms, insomnia, inflammation, colic, ulcers, gout to hay fever, Germans classified it as the allies or ‘capable of anything.’

In the modern days, chamomile continues to attract hordes of regular users because of its immense benefits. Largely associated with sleep management, it is also ideal in wound healing and diverse skin conditions. Though under investigation, there is tremendous hope that chamomile might be the probable cure for diabetes.

Most impressive, it acts as a blood thinner and makes it impossible for body fluids to leak out of capillaries and veins. Unfortunately, Horse Chestnut contains a considerable amount of poison capable of killing if ingested raw. Therefore, talk to a dependable herbal expert on the safest part of the tree to use.

Even if herbal alternatives have massive benefits, some herbs contain powerful ingredients that can react with pharmaceutical drugs. Before introducing any herbal regime into your family, consult an expert for proper use.