The Devastating Effects of Sleep Deprivation on the Teenage Brain

The increasing demands of schoolwork, competition for college spots and the need to maintain a social life are often cited as reasons that teenagers just don’t sleep. Parents know that less sleep makes teens tired and grumpy. However, research has shown that there are severe effects of sleep deprivation on the teenage brain.

The good news is that as parents, we don’t have to just accept the effects of sleep deprivation on students. There are a number of things we can do to help our kids get better rest each night.

In this post, we’re walking through exactly why teens tend to be sleep deprived, the science behind that as well as all the things we can do as parents to help improve that.

Specifically, though, we’re talking about the effects of sleep deprivation on students and solutions, so your teen can see improvements in sleep quality, mental clarity and hopefully more energy, better attitudes, and improved grades as a result.

by Sarah Johnson, sleep expert over at TuckSleep. Edits & additions by Jeff Campbell

Is your teen or student sleep deprived?

Chances are, the answer is yes. The CDC reports that two out of three high schoolers sleep less than 8 hours a night.

Teenager’s brains are programmed to go to bed later at than a child’s or an adult’s.

Circadian rhythms determine when we get tired. This 24-hour cycle typically makes children and adults tired between 9 and 10 pm by releasing melatonin, a hormone that makes people feel sleepy.

However, a shift during adolescence called a “sleep phase delay” means that teens aren’t tired until 11 or 12 pm.

Couple this delay with schoolwork, social life and an early school start time and it’s no surprise that most teens are short of the sleep that they need. Thus the effects of sleep deprivation on students can be significant.

Another factor that compounds the effects of sleep deprivation on students is technology.

92% of teens have smartphones, according to a Pew Research study.

While this isn’t a problem in itself, it does mean that more than half of teens text in the hour before they go to sleep. Teens that reported texting before bed (or in bed) also said that they were less likely to get a good night’s sleep and feel refreshed. These teens were also at a higher risk for drowsy driving.

Thus this could be one of the deadliest effects of sleep deprivation on students.

Not sure if you or your teen has a Cell Phone Addiction Issue? Check out one of the most read posts on Middle Class Dad to learn more.

Help Your Teen Recover from Their Day, Every Night

Great prices all year, but they often have jaw-dropping sales throughout the year too. Check out all the options at Bear Mattress.

Can technology be blamed for their poor sleep habits?

Research confirms that using electronic devices before bed can negatively impact teen’s sleep. The blue light emitted by many electronic devices tricks the brain into thinking that it is still daytime. The result is that melatonin is suppressed and the teenager doesn’t feel sleepy.

Researchers at Harvard showed that blue light could shift the circadian rhythm by 3 hours. Doing the math, if your teen’s natural sleep time is between 11 and 12 pm, texting before bed can shift it to 2 or 3 am.

Teens who don’t get sleepy until 2 am may have a hard time getting out of bed for an 8 am class.

Dive in deeper and learn more about how Technology Affects the Brain Negatively in the most highly shared Middle Class Dad post so far this year.

Aromatherapy helps the mind as well as the body heal itself. Scents or smells go directly to the area of your brain that has an affect on how we feel, helping to alter our mood, sleep patterns, behavior, memory, hormone balance and learning. #drtates4u pic.twitter.com/jgNH5mnzDV

How does lack of sleep affect your ability to learn?

There are 2 distinct ways in which the effects of sleep deprivation on the teenage brain inhibits our ability to learn.

First, when we are sleep deprived we have a harder time focusing on the tasks at hand. But going deeper, Harvard University also found that “sleep itself has a role in the consolidation of memory, which is essential for learning new information.”

In other words, one of the most devastating effects of sleep deprivation on students is how it affects their ability to remember the work both before and after learning a new subject or problem. 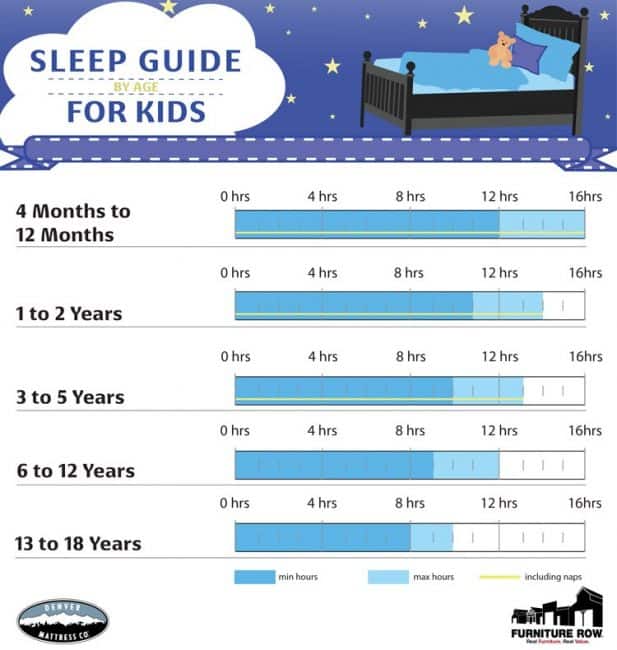 What percentage of students suffer from sleep deprivation?

A recent study by the American Academy of Pediatrics found that nearly 2/3 of adolescents did not get the recommended 10 hours of sleep per night. On average they found teens got closer to 7 hours.

Check out all the effects of sleep deprivation on students in this handy infographic.

5 Worst Effects of Sleep Deprivation on Students You Must Know?

Sleep-deprived students were more likely to drink alcohol, use marijuana and smoke cigarettes, according to a study by the National Institutes of Health that linked sleep deprivation to health-risk behaviors. The irony here is that many of those behaviors can also negatively impact sleep.

When researchers deprived adolescents of 2.5 hours of sleep per night, the teens reported more being anxious, angry and confused. Their parents agreed, rating the sleep-deprived teens as more oppositional and less able to regulate their emotions.

While being confrontational with parents seems an innocuous side effect, sleep deprivation also puts teens at higher risk for depression. Thus this is one of the deadliest effects of sleep deprivation on the teenage brain.

The list of side effects for teens who get less than 8 hours of sleep night is sobering.

However, the good news is that many of these issues can be resolved by just getting more than 8 hours of sleep per night. There are some steps that you can take as a parent to make sure that your teen sleeps as much as possible.

Prying your teen’s phone from her hands may be one of the more challenging ways to get her to sleep better. However, the research backs you up.

Students should put the phone away at least one hour before bedtime. This will allow the release of melatonin earlier, so your teen might be tired before midnight.

Many teens have a habit of accumulating a sleep debt during the week and then sleeping for much longer hours on weekends.

While the net gain in sleep over the weekend has a positive effect, it makes going to bed on Sunday night almost impossible and doesn’t negate the physical and cognitive effects of losing out on sleep during the week.

Going to bed and getting up at the same time every morning syncs the circadian rhythm. Your teen will wake up refreshed when the melatonin gets released at bedtime.

The stereotype of the dirty teen room with the lumpy mattress is far too typical. Unfortunately, clutter and discomfort have a negative impact on sleep. Try to help your teen cut down on clutter. You may also want to buy a new mattress and boxspring as your teen outgrows his childhood bed.

Want to know the highest rated mattress and pillow on Amazon Prime to help your student get more quality sleep? 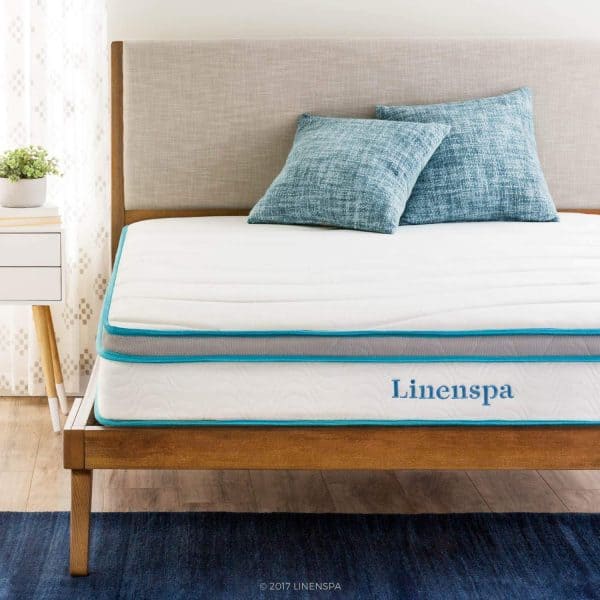 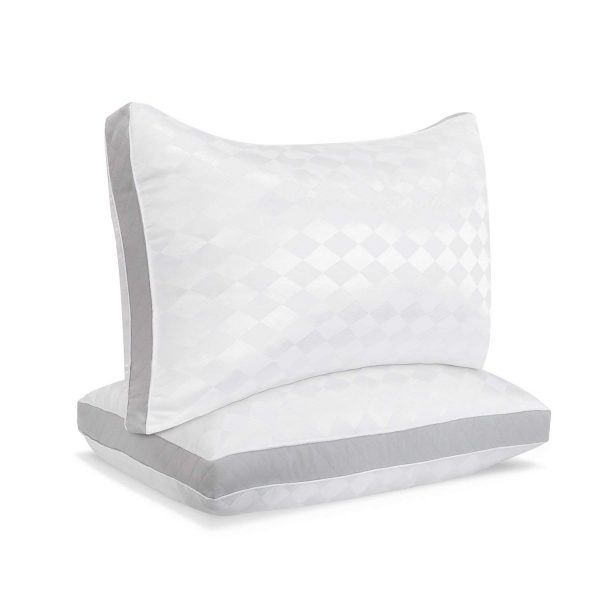 Both have 4.5 stars and literally thousands of reviews, so right away you know these are quality products!

They come in all the standard sizes and the mattress is backed by a 10-year warranty!

Since 2014, the American Academy of Pediatrics has been urging middle schools and high schools to start no earlier than 8:30 a.m. However, the average start time remains around 8:00 am.

If your teen’s school is one with an earlier start time, see if you can work with the school administration to push it back. Teens’ sleep is biologically delayed. Maybe their school start time should be delayed too.

Want to combat the effects of sleep deprivation on students with the #1 best selling sleep supplement on Amazon Prime?

Take a look at LUNA! It contains a blend of Melatonin, Valerian, Chamomile and Magnesium and comes with a lifetime guarantee – better sleep or your money back! “Natural, safe & GMO-free”. 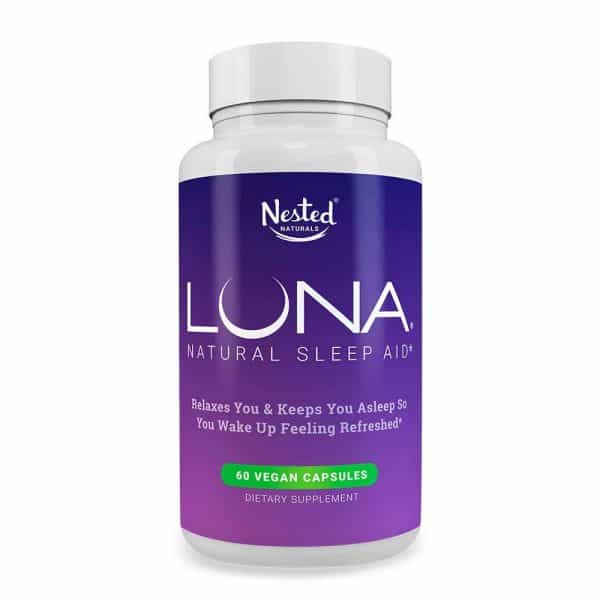 Questions about the effects of sleep deprivation on students?

In this post, we took an in-depth look at the devastating ways sleep patterns affect our kids.

The effects of healthy sleep on the teenage brain are overwhelmingly positive. Your teen is more likely to do well in school, regulate her emotions and avoid injury. With a few changes to a teen’s nightly routine, better sleep and healthier life are possible.

We examined all the research from experts and confirmed why you are likely experiencing sleepy, grouchy and often under-performing teens.

More importantly, we looked at solutions the effects of sleep deprivation on students. That way your teen can get the rest they so desperately need and get back to enjoying life, getting better grades and seeing an improvement in their attitude.

The author of this post is Sarah Johnson of Tuck Sleep. Tuck Sleep is a community devoted to improving sleep hygiene, health and wellness through the creation and dissemination of comprehensive, unbiased, free web-based resources. Tuck has been featured on NPR, Lifehacker, Radiolab and is referenced by many colleges/universities and sleep organizations across the web.

Of course I have to add that neither Sarah nor I are doctors, scientists or health professionals. We are offering our opinions based on our own experiences and research and as such, our opinions should not be taken as medical advice. If you need medical advice you should seek out a qualified professional in your area.

link to Marriage is Hard Work (but worth it!)
13 Reasons that's OK

There are a lot of folks out there who say marriage shouldn't feel like work.  Or if it feels like work, you're doing it wrong.  After more than a decade of marriage, I think marriage...

Everyone knows about NASA or the San Antonio riverwalk. But I wondered where some of the lesser-known family fun vacations in Texas were. Here's what I found out: Austin has many great...