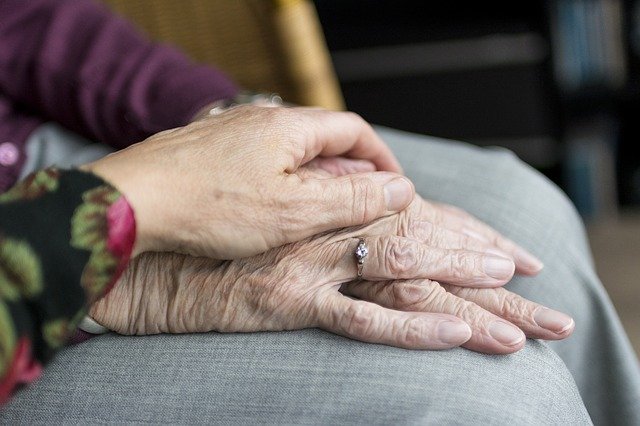 If you’re a father, you might have a lot on your plate this year. The pandemic is concerning for many reasons. Some dads might have lost their jobs, while others may have reduced work hours.

You might also have to look after your younger children if they’re doing online learning. Maybe that’s not even an option for you, so you’ve had to do some homeschooling so that they don’t fall behind. It’s common to feel stress right now for many different reasons.

An elderly parent might be an additional concern. If your mother or father lives on their own, you might worry about how they’re getting by during these tumultuous times. Maybe you think that now could be the time to move them into a nursing home.

There are a few considerations before you might move in that direction.

Are They Still Mentally Sharp?

One thing you should definitely think about is whether your older parent is still lucid. If they still can handle their own affairs and they don’t show much cognitive decline, they might be okay continuing to live on their own for now.

If so, they’ll probably be happier that way since few individuals want to leave their house or apartment in favor of a nursing home. This way, they can avoid elder abuse, which happens far too often. Also:

Are They Still in Good Physical Shape?

Your older father or mother may be lucid, which is step one if you want to determine whether they can continue to live on their own. However, you must also think about their physical condition.

They might be mentally sharp, but can they still get around the house on their own? If they can’t:

If an older person continues to live on their own, they must be able to do some basic things, like grooming and bathing. They have to be able to take the trash out to the curb, vacuum and dust, etc.

If your father or mother is not in the best physical shape anymore, they probably can’t keep up with the basic housework. They might still have total mental acuity, but they can’t do the things one must do to keep a household going.

If they can’t do some of these things anymore, you might feel like that’s ample reason to move them into a nursing home and sell their apartment or house.

Are They Willing to Move?

You should also think about whether your mother or father will move into the nursing home willingly. Maybe you feel like their mental faculties are not what they once were, or they’re struggling physically. Perhaps it’s both.

However, just because it makes sense for them to move into a nursing home so someone can take care of them, that doesn’t mean they’ll willingly do it. Maybe they’re obstinate, and they insist that you can’t make them leave, even if they’re always disheveled or malnourished.

For an adult son, that’s a challenging situation. Doubtless, you love your older parent, but you might feel like they’re being childish. Maybe nothing you say can convince them to move.

If you want to get them out of that living situation, you might have to get power of attorney over them. You might be able to do it if you can convince a judge they can no longer care for themselves.

However, your parent might feel such fury because of what you’re doing that they might stop speaking to you. You should think carefully about that before you go in this direction.

Is a Nursing Home the Only Option?

Perhaps your older parent is not as mentally or physically sound as they once were. You don’t like to think about putting them in a nursing home, though.

There might be some other viable options. One obvious one is that they might move in with you. You can do this if you have the space for it and if your other family members are okay with it. If money is tight, you can help pay for their necessities by selling their house or apartment.

You might also see if a neighbor can check in on them sometimes. Perhaps there’s a neighborhood teenager that can mow the lawn, rake the leaves, shovel the driveway in the winter, or whatever else your parent can no longer easily do.

You might also set up a situation where you or your spouse comes to visit them fairly often. You might stop by every couple of days and call them regularly. This only works if you live in the same city. If you live across the country, you’ll have to make other accommodations.

As a son, it’s not the easiest thing to see your mother or father getting older. You probably remember them as much younger when they were fit and strong. This is how the lifecycle works, though.

Once, they took care of you, and now, you should do the same. Hopefully, they will feel grateful for what you’re doing and not resent you for what they see as a lifestyle intrusion.