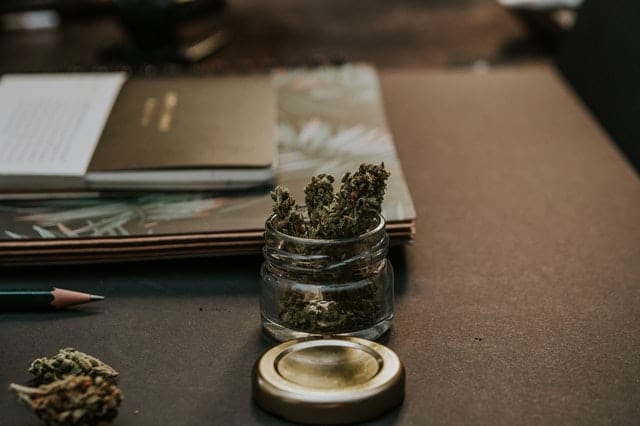 Even if you aren’t American yourself, it’s likely you’ve heard something about the passionate debates surrounding the legalization of marijuana.

Despite public support when marijuana was initially decriminalized over growing concerns for public health and serious criminal activity, more and more people are beginning to change their minds about the situation.

In part, this is due to the passionate scientists who have spent the last few decades studying the positive impact marijuana can have on individuals, and our society as a whole.

It’s these findings that have led 10 states to completely decriminalize the drug, with a further 22 states allowing individuals to use marijuana for medicinal reasons.

Though these statistics are encouraging, the US is still miles behind other countries like Canada, who recently completely legalize marijuana for recreational and medicinal use.

The Canadian government hope that this legalization process will alter the country’s social, cultural and economic foundations, to promote a more united nation.

The US, on the other hand, has 28 states who haven’t even looked at decriminalizing marijuana—even for medicinal use.

This is despite many positive benefits that have been discovered, and are continually being discovered to this day.

With that being said, we’ve put together a comprehensive list of the top reasons why every US state should legalize marijuana.

The Majority Of Americans Support It

One of the easiest ways to understand the true desires of Americans is to use anonymous surveys, where people are free to provide their true thoughts and opinions without fearing the consequences.

A 2018 study did just that, and found that 62 percent of Americans voted in favor of legalizing weed.

The amount of Americans who have supported the legalization of marijuana within their country has continued to steadily rise over the course of the last decade, but it hasn’t always been that way.

The same study revealed that in 2000, just 31 percent of Americans voted the same way.

This shows that, in just under two decades, the view of the ordinary American has changed drastically. Despite this, the laws in place remain the same as they did several decades ago.

We don’t know about you, but to us, this shows that individual states are not doing enough to listen to their people—the ones who this law really affects.

When Americans are screaming out for access to marijuana through legal methods, instead of being forced to illegally purchase it from unlicensed, unregulated dealers, shouldn’t they be listened to?

Even if you are 100 percent against the legalization of marijuana, it’s difficult to deny being impressed by the diverse medicinal properties of one plant.

Though it has been difficult due to strict regulations, scientists have discovered many health healing properties within the hundreds of cannabinoids found in the plant.

Since its legislation, it has been easy to provide scientists with the space they need to discover even more medicinal uses for marijuana, which could lead to medical breakthroughs in the future.

Even at the moment, the drug is being used to treat everything from rare, drug-resistant forms of epilepsy to common mental illnesses like depression and anxiety.

In fact, the medicinal benefits are so obvious that some states have even legalized cannabis strictly for medical use.

We’re not saying that the battle is over when, or if, every state legalizes marijuana for medicinal reasons, but it would definitely be a start!

For one thing, it would stop the numerous families having to move across state borders to reach a state where they can legally medicate their seriously unwell child with marijuana when previous pharmaceutical drugs have failed to keep their condition under control.

It Would Reduce Arrest Rates In The US

Although marijuana may be accepted by most Americans, law enforcement are determined to make sure that everyone is aware of the legal implications those caught with the drug in illegal states will face.

This means that, in the desperate fight in the war against drugs, those using marijuana for recreational or medicinal reasons are being arrested at the same rates as those doing harder drugs like heroin and cocaine.

In fact, in 2016 alone, the FBI reports that 597,700 people were arrested for marijuana-related crimes. This is more than for all violent crimes like murder and rape in 2016 combined.

This places an unnecessary burden on police forces in individual states around the US, giving them a bigger workload over a drug that is legalized in many surrounding states.

By decriminalizing and legalizing marijuana, there would be more money and time for police officers to focus their efforts on criminals committing crimes that could have a bigger negative impact on the state’s community.

These harsh punishments are also landing today’s youth with undue social penalties that may have lifelong consequences, contributing towards rates of poverty.

It could also lead to higher rates of more serious crimes if someone becomes institutionalised from a prison stay, ruining the potential that the individual may have had if marijuana was legal in their state.

It Can Grow The Economy

States that have already legalized marijuana for medicinal, recreational or both purposes have often found a significant improvement in their economy.

It’s easy to predict that, based on patterns noticed from other states, those who make the move in the coming years will face a similar fate.

Illinois is a country expected to legalize marijuana later this year after an outspoken governor who supports the legalization was elected in late 2018.

HCW recently reported that, if this goes ahead, the annual economic impact of marijuana legalization could be more than $1 billion a year in Illinois. Another report shows how in Illinois, it could create 2,600 businesses and 24,000 new jobs, which is great news for the unemployment rates in the state.

These rates have been predicted and seen in other states around the US, and provides local governors with great grounds to seriously consider legalizing marijuana.

Despite previous concerns and a general moral obligation to criminalize marijuana when it first became popular in the twentieth century, we have reached a point where many states are recognizing that the benefits of marijuana far outline the risks.

While lots of states are still apprehensive to make the change, the American people have been more than ready for the last decade, and it’s about time that state governors started to take notice.

What do you think about all of this? Do you think marijuana should be legalized, and if so, do you think we could be looking at a fully legalized America at some point within the next few years?