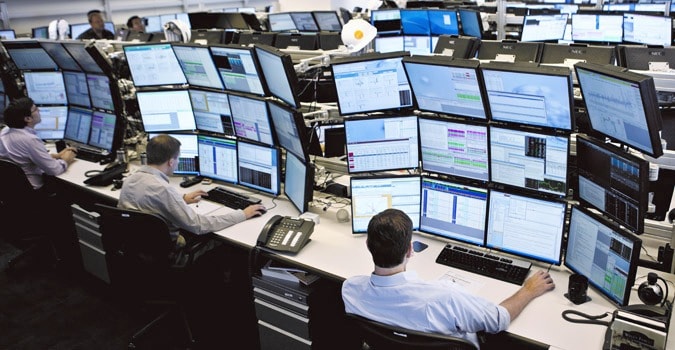 If there’s one thing people are looking forward to from the tech industry, that’s flying vehicles. Who wouldn’t like to reach the other side of the city in an instant, instead of being stuck in traffic for hours on end? Well, electric VTOL air taxis are in development, and many people are as excited as the manufacturers working on this innovative technology.

Even though the day we’ll see eVTOLs paint a new sky image above the city is quite far, it’s not a secret that many stocks already made significant progress. Different companies are putting in hard work to ensure eVTOLs can be used as soon as possible while maintaining safety standards. But what are the top eVTOL stocks that investors should consider?

We have to start this list with Astro Aerospace, a company that’s proving not only how dedicated it is, but also that eVTOLs are the future. The company aims to change transportation by providing people with faster alternatives.

What they’re working on is something that many individuals have been dreaming about for a long time – flying taxis.

Astro wants to connect to the future as soon as possible. The company was founded in 2007 and has headquarters in Texas, U.S. They made it their mission to create the flying vehicles that everyone has been looking forward to and to make them available to people at any time. Moreover, they plan on making them very accessible and a convenient form of transportation for most individuals.

What makes Astro Aerospace stand out is what they have achieved so far.

They have more than 100 years of aircraft engineering experience, and they were the ones with the first eVTOL flight with a person onboard. Furthermore, they have 4 years of proven eVTOL testing and over 6 years of eVTOL development. They also have 3 products that span the AAM market and proven leadership.

Astro already skyrocketed in 2021 as it has acquired Horizon, entering a binding agreement for it. Horizon is the creator of the first eVTOL in the world that flies just like your typical aircraft. They started the year in a great way and more amazing things might happen in the next months, which is why investors should not overlook them.

eHang is another stock that has already skyrocketed and seems very promising.

The company has headquarters in Guizhou, Southern China. In the beginning, they were only a camera drone company. Later, they decided to join the eVTOL industry and work on developing their own amazing flying taxis. They joined the scene in 2016 when they presented a single-seat manned multicopter that was a fully built prototype.

So far, the company has managed to perform various demonstrations and tests not only in China but also in many other countries.

The development they did so far is impressive. The model created by them features 8 arms to mount 16 rotors used by the 216 airframes. It was capable of flying with different props switched off at the same time. eHang made this work as an air taxi service with no pilot. So, people just have to go to the Skyport destination by using a touchscreen to enter their desired location.

Using an autonomous system, the aircraft will then go there by itself. If emergencies happen, there are remote operators that will handle the issue accordingly.

The stock raised more than US$92 million after they were listed on the NASDAQ stock exchange, and they may get even more given the developments they have made so far.

Volocopter is very likely to be one of the stocks that will go places given they made significant progress in 2021 alone. This company was one of the very first ones on the scene, back in 2013. They created a 2-seat multicopter close to Stuttgart, Germany. At that moment, the company was still known as E-volo.

To prove what they’re capable of, the company organized some demonstration flights over different areas. They managed to fly over Stuttgart, Singapore, and Dubai. Seeing how attractive the design of the multicopter is, who wouldn’t want to fly in one of these beauties? Volocopter has more than US$130 million in investments, and with even more investments, it can achieve greater things.

We cannot exclude Joby Aviation from the list. JoeBen Bevirt, the person behind the company, used to be known for the Joby Gorillapod, but ever since, he decided it would be a better idea to jump on the eVTOL bandwagon. He worked with many aviation scientists in order to provide his own eVTOL designs to the industry.

Joby Aviation has multiple facilities in Northern California, and so far, they managed to build multiple prototypes. Their inventions can fly in almost total silence, with a speed of 200 mph. On top of that, their prototypes have five seats and six tilting rotors, as well as a V-shaped double tail.

Not long ago, the company managed to raise US$590 million through a fundraiser. A lot of that money came from Toyota, and in the end, the total money raised reached US$720 million. So, Joby is thought to become one of the leading forces in the eVTOL market. The airframe certification process started back in 2018, and the expectations are that it will be ready before 2024.

Even better, Joby signed a multi-year commercial partnership with none other than Uber. Therefore, it will probably work on preparing its own air taxi services in different markets. It might bring many changes to the transportation industry and it’s something that will surely make an impact in the years to come.

Many companies are working to be on top of the industry when it comes to eVTOLs.

So far, several stocks managed to have impressive achievements, and thus skyrocketed in 2021. More companies might follow, but it’s important to keep an eye on those that have shown a lot of progress up to this point. They will surely come up with innovative ideas and vehicles.