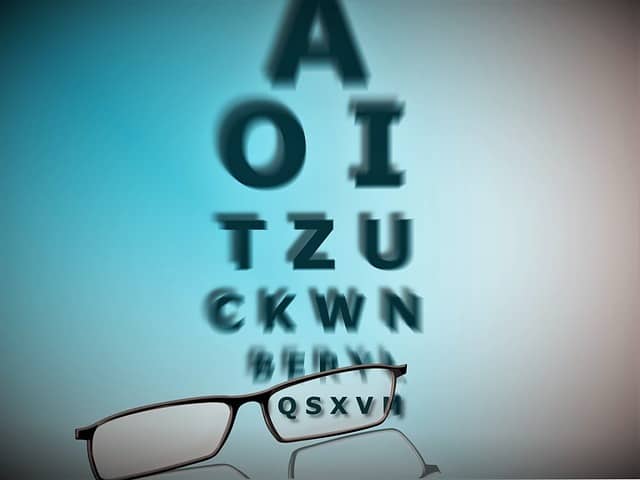 If somebody told you that your eyes were important to you, it would be the understatement of the century. Those two spheres lodge in sockets in your skull play a primary role in your experience of the world. Unless you’ve experienced sight loss, it’s hard to imagine life without them.

There’s a prevailing view, though, that eye health is somehow independent of the rest of the body. People go blind because of genetic reasons or accidents – not because of lifestyle factors, we tell ourselves. But that’s not true at all. Most people wind up with eye health problems primarily because of environmental factors, not because they had them poked out with a stick.

Here are some things that everyone gets wrong about eye health.

Being Overweight Makes No Difference To How Well You Can See

Being overweight is bad news for your health for all kinds of reasons. It puts you at a higher risk of all the chronic diseases people are desperate to avoid, from diabetes to heart disease.

Even so, people rarely talk about the effects of being overweight on eye health.

Being a healthy weight provides several benefits for the eyes. First, it reduces the chances of developing type II diabetes – a condition that can damage the retina. Second, it makes it easier for the body to produce a macular pigment – something it needs to protect itself from UV rays.

When people become overweight, they tend to have lower pigment density, putting them at a higher risk of macular degeneration when they get older.

The eyes are quite different from the rest of the body. Most of the surface of your body is covered in skin – an opaque barrier that prevents things outside from affecting the internal environment. The eyes, though, are rotating biological lenses, expressly set up to allow light to enter.

Light is damaging over the long-term – something you’ll know if you’ve ever left plastic kids’ toys outside. After a few weeks, they bleach and start peeling.

However, this process doesn’t occur in the eyes because the body has robust defenses against it. For instance, it uses an antioxidant called glutathione to prevent free radical damage, allowing you to see for decades at a time.

Alcohol, however, messes with this process. Glutathione is made in the liver. But when you drink, the liver diverts resources from antioxidant production to processing alcohol, leading to lower blood levels. Over time, this can affect the body’s overall antioxidant capacity. And when that happens, the eyes are more likely to fail.

Alcohol is one of the reasons people with alcohol-dependency tend to lose their sight faster than other people. They simply don’t have the antioxidants in their bloodstream to protect against the sun.

If you drink, try to stick with one beverage per day or less.

Wearing goggles when you go swimming or use power tools is essential if you want to protect your eye health. The eyes are sensitive organs and prone to permanent damage following injury.

According to data from the British Safety Council, there are 250,000 eye injuries per year. Around one in ten of these accidents occurs as a result of DIY, with many others occurring in swimming pools or accidents around the home. Interestingly, more people injure their eyes while skiing than they do their arms and legs.

Goggles, therefore, should be something that people wear more than they do. If you’re doing anything where objects could fly at high speed towards your face, eye protection is necessary.

If you think vision problems can’t be corrected permanently, then you’re mistaken. It turns out that various techniques adjust the shape of the eyes, making them more functional. People use LASIK eye surgery, for instance, to correct all manner of sight problems, including long-sightedness, short-sightedness, and astigmatism.

Laser procedures have developed tremendously over recent years. Competition has driven down costs, and the quality of care is going up. Furthermore, patients have more options than ever before. Surgeons take people through precisely what happens during treatment and the kind of results that they can expect.

Remember, surgery corrects sight problems that have to do with the shape of the eye itself. We’re not talking about curing blindness here by repairing the optic nerve. Even so, it’s still very clever.

All Sunglasses Protect The Eyes

If you think that all sunglasses protect the eyes, then think again. Shades look like they protect vision from light coming from the sun by reducing the intensity of the income rays, creating shadows on the face. But looks can be deceiving.

While all sunglasses block some of the visible light, many cheaper versions don’t eliminate incoming ultraviolet light – the type that actually causes damage.

Before you buy sunglasses to protect your eyes, check that they offer UVA and UVB protection. Usually, you’ll see a small sticker or label on the glasses themselves. If they have this moniker, then you’re in luck!

Smoking Doesn’t Have An Impact On The Eyes

Smoking doesn’t just affect the lungs. It damages the entire body, including the eyes. Thus, people who smoke are much more likely to experience the problem of macular degeneration, where the tissue that comprises the eyes begins to break down.

If you haven’t kicked the habit yet, then the advice is to do so as fast as possible. If you’re struggling, you can ask your doctor for help, and they can prescribe patches, gum, and pills to see you through the worst of the cravings.

In conclusion, the eyes are something of a mystery for a lot of people. Still, there’s really nothing particularly enigmatic about them. They’re a part of the body, just like any other organ. And so it shouldn’t come as any surprise that lifestyle factors affect their health.

Be careful with your eyes. You only have one set. Look after them as best you can.