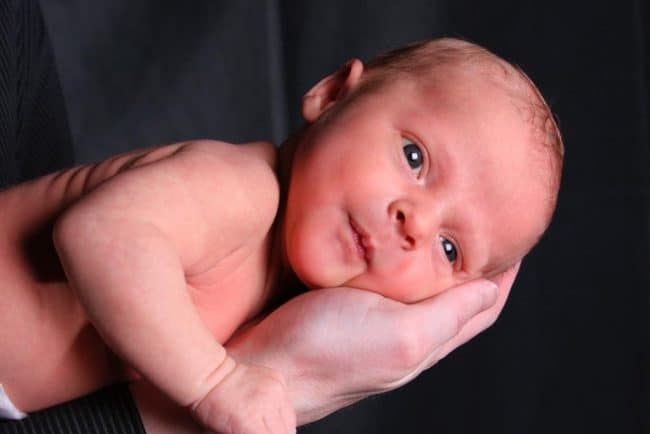 There is nothing so precious as the gift of new life, the birth of a child is a truly wondrous phenomenon given to mankind. Along with the birth of a child comes joy and fulfillment, an experience blessed upon millions of couples across the world. However, for some nature has been less forthcoming.

Generations ago, a lack of procreation would leave a woman labeled as barren, with the state of a childless union being almost stigmatic. Recent studies by the American Society for Reproductive Medicine suggest that up to 15% of couples have difficulty in conceiving a child.

Thankful for modern medical advances, many of these couples are now able to seek help in conceiving via In-Vitro Fertilization (IVF).

It was pioneering work in the field of fertility by Patrick Steptoe and Robert Edwards led to what we know, and take for granted, today as In-vitro fertilization. On July 25th 1978 at Oldham General Hospital, Lancashire in England,

Louise Brown was born as the world’s first IVF baby, at the time hailed as a miracle birth. Since that auspicious occasion there has been more than 8 million IVF miracles.

What is In-Vitro Fertilization?

‘In-Vitro’ is taken from the Latin meaning ‘In glass’ and is meant to describe the fact that fertilization of a woman’s egg is undertaken in a glass dish or test tube, all done in a laboratory environment.

Through testing and ultrasound monitoring the optimum moment is chosen to harvest the woman’s healthy eggs from her ovaries. The eggs are then fertilized using the sperm from the male partner.

Following successful fertilization of the egg, it is then transferred to the woman’s uterus.

This would usually be between 3-5 days after the fertilization process. If the recipient has no other underlying health issues, following successful implantation of the egg, the pregnancy can be monitored in the normal way through to birthing.

Couples that are having difficulty in conceiving need to be assessed and tested to ascertain the cause of their individual problem. The problem areas in which IVF can be of benefit are quite expansive.

In women, blocked or damaged fallopian tubes account for around 20% of female infertility.

These issues can lead to the inability of the fallopian tubes to undertake proper function, thus, restricting the convergence of the ovum and sperm. This, in turn, means there is no fertilization of the female’s egg.

With testing, it is found that ovulation disorders account for up to 25% of couples experiencing fertility problems. Ovulatory problems can vary from being irregular, infrequent or, in some cases, non-existent.

The pituitary gland and the hypothalamus are responsible for regulating the reproductive hormones, defective function in this area can cause problems with ovulation.

Uterine fibroids, the most common of which are submucosal, also have a negative effect on fertility. Composed of similar muscle fiber as the uterus wall, these benign tumors are far denser than the normal myometrium. Although they don’t directly restrict ovulation, they can impair proper uterus function of conception.

Some women may have been unfortunate enough to have undergone the removal of their fallopian tubes (salpingectomy).

For many, genetic disorders play a part in decreased fertility.

These issues are grouped in two parts, they are being, chromosomal and single gene defects. Women carry two X chromosomes and 22 pairs of autosomes, these carry the person’s DNA. This group of disorders can distort the structure and number of chromosomes, thus affecting fertility.

Single gene defects cause abnormalities and mutations of a person’s DNA, this can lead to numerous health issues, including infertility.

Issues with male sperm production is a significant contributor to the number of couples experiencing fertility problems. Health issues such as diabetes, HIV, mumps, and sexually transmitted diseases can lead to abnormal sperm production. As can the enlargement of the veins in the testes, known as varicocele.

Environmental factors can also play a part in sperm production.

Exposure to certain chemicals and pesticides are a known problem, as is radiation. Lifestyle choices such as the use of cigarettes, marijuana and anabolic steroids are likely to have a negative effect on sperm production. Certain prescribed medications are also known to contribute to infertility problems.

Any male that has, or is, undergoing cancer treatment may have impaired sperm production. Common cancer treatments such as radiation and chemotherapy work by destroying rapidly dividing cells. Sperm cells fall into this category, as such, fall victim to the cancer treatment and can be severely damaged.

Surprisingly, 25% of infertility falls into the category of being idiopathic, that is to say, that it remains unexplained. In assessing infertility, a couple can normally expect to undergo an infertility work-up.

This will include tests on the woman’s fallopian tubes and ovulation and sperm analysis of the man. Although for some couples, post infertility work-up, the exact cause remains idiopathic, IVF treatment remains a real prospect for successful fertilization and pregnancy.

IVM as an Alternative to IVF

Samitivej Hospital is always at the forefront of new medical techniques and procedures.

At Samitivej, they push boundaries of medical science, and in the field of infertility, there is no exception. They have no become leading exponents of In-Vitro Maturation (IVM). IVM differs from IVF in as much as there is less hormone stimulation and the eggs are harvested earlier and matured in a laboratory environment.

Samitivej Hospital’s skilled technicians, through thorough testing and assessment, have found that, in certain cases, IVM has proved to be more appropriate than IVF for infertile couples.

Not only can it be an appropriate option, but statistics are now showing that it can be more effective and safer.

The commitment by Samitivej Hospital Fertility Center to giving the gift of life to more and more couples is unequaled in Bangkok. Following the tried and tested techniques pioneered by Patrick Steptoe and Robert Edwards, and the subsequent birth of Louise Brown in 1978, Samitivej’s dedicated infertility experts have furthered the science to bring joy and fulfillment to many, making the future brighter for all those with infertility problems.