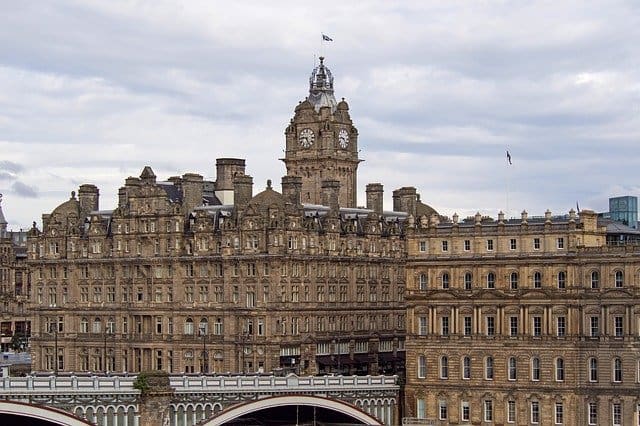 A Guide to Fantastic Festivals and Events in Edinburgh

Scotland is an enthralling country that’s famous for its mystifying scenery and vibrant culture. The same is true of Edinburgh, the capital city of Scotland. “Auld Reekie” (or “Old Smokey” in English) houses some of Scotland’s best restaurants, museums, and theme parks.

Edinburgh also hosts multiple festivals and events each and every year.

You’ll have to really plan ahead to make the most of your trip.

So, that’s exactly what we’re going to do today. We’re going to show you the top festivals and events in Edinburgh and help you plan out your itinerary. Old Smokey gets really busy during festival season, so you should store your extra luggage in a safe place before you head out to avoid being bogged down with bags..

Where would we be without stories? Since the dawn of mankind, people have been telling stories to one another. We use parables to teach children important life lessons. We tell anecdotes to our friends and colleagues to bond with one another. And when we finally shuffle off this mortal coil, the story of our lives will remain.

Sorry if we kind of waxed poetic back there, but we don’t want to understate how important stories are to human culture. That’s why we have a lot of love for the Scottish International Storytelling Festival. This event is dedicated to preserving tales and anecdotes from all around the world.

Stories are shared through all sorts of mediums including song, dance, spoken word poetry, visual arts, and more. Audience participation is a big part of SISF. Attendees can clap along to musical performances and sing along in group choruses.

The folks who run SISF are extremely passionate about stories and their goal is to share that passion with as many people as they can. SISF offers numerous community programs all throughout the year. However, one of their biggest festivals typically takes place in late October of each year. Stop by their website to learn more.

The term “military tattoo” isn’t what it sounds like. It’s not a body mod that you get on a dare, then instantly regret the day after. The term actually refers to a concert that’s put on by a nation’s military. Edinburgh is quite famous for its military tattoos. Members of the British Armed Forces and armies from around the world participate in this musical extravaganza.

The Royal Edinburgh Military Tattoo is held at Edinburgh Castle each year.

Bands line up in the castle’s esplanade, then put on a show that has to be seen — and heard — to be believed. This event usually occurs in the Summer, from early to late August. We encourage you to buy your tickets online way ahead of time.

There’s a special, almost indescribable power in films. A harrowing war film can make you truly empathize with the soldiers and civilians who found themselves in the middle of a great conflict. A charming Rom-Com can really make it feel like love is in the air. Simply put, movies mold us just as much as we mold them.

The Edinburgh International Film Festival celebrates our unique relationship with cinema by showcasing feature-length films, documentaries, and shorts from all around the world.

The Edinburgh International Film Festival was first held back in 1947. Prolific Directors, Actors, Producers, Cinematographers, and film lovers of all disciplines were invited to showcase their work at this event. Decades later, that tradition is still very much alive.

If you consider yourself to be a hardcore cinephile, then you have to attend this event.

Not only will you have a chance to rub shoulders with high profile filmmakers, but you’ll also get to see some of the best upcoming films before they hit theaters. Oh yeah, and Ewan McGregor is a regular at these events. ‘Nuff said.

Alright, try to picture this; more than 50,000 performers and over 3,5000 different shows at 317 venues. What we just described was the 2018 Edinburgh Festival Fringe.

Want to know the craziest part about all that? Those numbers just get bigger and bigger each year. The Edinburgh Festival Fringe holds records for being the largest art festival in the world.

Usually, we take those kinds of claims with a grain of salt. But with the numbers that we’ve just mentioned, it’s hard to be skeptical.

Jugglers, Musicians, Dance Troupes, Puppeteers — the Edinburgh Festival Fringe is a haven for performing artists of all disciplines.

We could write an entire article about the different types of performances that might see and we still wouldn’t be able to describe them all! All we can really say is that each year is special and unique. Check out the Fringe’s website to get a glimpse of what’s in store.

What better way to close out this article than to talk about Edinburgh’s biggest end-of-the-year celebration? The word Hogmanay is Scots for “last day of the year”.

Edinburgh’s Hogmanay festival is a New Year’s celebration unlike any other. It’s a city-wide event that sweeps through every part of Old Smokey like a great wind.

There’s going to be food, fireworks, and decorations galore! There will also be street parties and concerts to really liven up the atmosphere. The festivities start on the very last day of December and technically end on January 1st. We say “technically” because the hype and excitement that the Hogmanay builds definitely doesn’t die down in just one way.

They’ve got a website if you want to learn more about this event and buy tickets ahead of time.