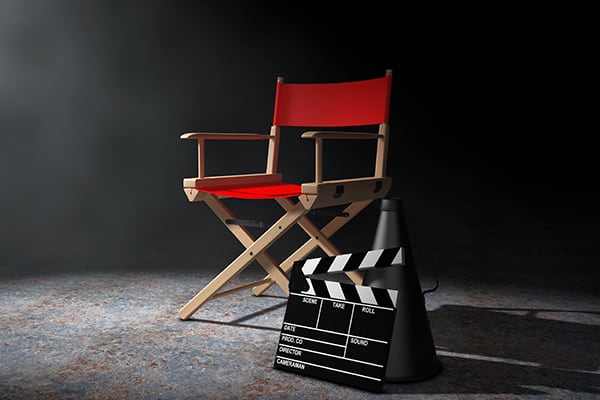 Film making can be a challenging ride, especially when you are starting out. A lot goes into creating a successful film, no matter how small it is. Actors, script, music, camera, action are some basic ingredients that you need to thoughtfully amalgamate to bring up the ultimate flavor.

You need to achieve the perfect balance between things and that too within a budget. Polishing and working on your video editing skills can help you reap the most from your escapade. InVideo is one of the best free video editor that you can use to edit your video content. Technology has made it simpler to enter into the film making industry without incurring huge expenditure.

This is a good thing for those aspiring to make a career in film making. However, it is also important to note that the competition has proportionally increased due to lower barriers to entry. In the contemporary competitive landscape, you can’t afford to make basic mistakes.

Let’s delve deeper into some of the most frequent errors that the newbie short filmmakers make and how to avoid them.

While creating any form of a short film, it’s important to know that it will be only as good as the storyline. People should be able to connect with your story, and for that, you need to have a strong storyline and narration.

An underdeveloped story with a bad script will not help you create a critically acclaimed short film. You need to work on the storyline and make it relevant for the audience. They should be able to connect all the dots and not feel bewildered at the end of it.

What’s equally fatal to your short film as a bad storyline? Well, it’s your unpreparedness. The film making process requires you to handle multiple aspects of the project. You need to factor in the important ingredients that are required to create a good short film.

Some of the things to be sure of while creating a short film include weather conditions, plenty of charged batteries, costumes, and other supplies, etc. These might not click the first instance, but your project will be interrupted if you miss out on any of these considerations.

Everything boils down to relevance in today’s world. If you are not casting the actors as required due to any reason, it will lead to a bad outcome no matter how great your story is. In the end, it’s about expressing the thoughts and emotions that are written in the script, and you need to choose the best people to play the roles.

Also, the roles should be relevant to make sense of the story and should not be randomly placed. Makeup and other accessories can only help you to an extent; they should not be treated as the ultimate solution to things when it comes to casting.

There is no rule of thumb to judge the appropriate amount of dialogues in a scene, but it should not be overwhelming for the audience to make sense of things. An irrelevant dialogue will only add to the increased length of your short film.

You should try to omit the irrelevant dialogues that have no relation to the broader picture of the story. Dramas usually have fewer dialogues than comedies, and you need to find a balance as per your storyline. Avoid indulging in overwriting and over-explaining the details of a scene.

Film making is an art, and short film making requires a sophisticated approach with a perfect balance of things. You can’t expect your audience to go gaga over a mundane and mainstream storyline.

You need to think out of the box while making short films to find the right balance between different aspects of the film. A mainstream or clichéd storyline will not create a distinguishable identity in the eyes of the audience. Keep yourself in your audience’s shoes to judge your work on this parameter.

The essence of a short film is in making it crisp and precise to the point. If you wander too much with credits and other peripheral content, it will not go well with the audience who is there for short-form content. You should focus more on creating a crisp storyline rather than going on with a lengthy credit.

This is one of the most important aspects of film creation. You simply can’t afford to go wrong with your audio effects. Everything in your short film should have a purpose and be relevant to the audience.

It should be in place to incite emotions and help them connect with the story rather than just randomly playing in the background. Good sound is even more important than having good images. Use your budget wisely and spend it on the required audio equipment for a better audio experience.

Think of your audience’s expectations when they are wondering about a short film. The essence of a short film is its duration; it shouldn’t be longer than 30 minutes. The audience isn’t familiar with your work, and so you should avoid making short films of more than 30 minutes for the first couple of projects.

It’s a very basic and honest mistake that the first time filmmakers indulge in while creating short films. They fail to prioritize and omit the irrelevant shots from the film. This increases the duration of the film and defeats the purpose of a short film. You can easily use some free online promo video maker to make the necessary edits.

Always remember than continuous improvement is better than delayed perfection if you are learning a new skill. Film making is a very dynamic process, and you have to continuously make changes to the sequences, it’s hard to always strive for perfection.

At some point or the other, you have to priorities things and then improve the bits and pieces accordingly. Remember that not everything will be perfect in the first go. Learning to compromise with some aspects of the projects is a key skill that you can develop.

You should not dictate your terms. Instead, you should be open to ideas and suggestions from your cast and crew. Don’t be very authoritative in the beginning, and keep an open mind to learning new things from people around you.