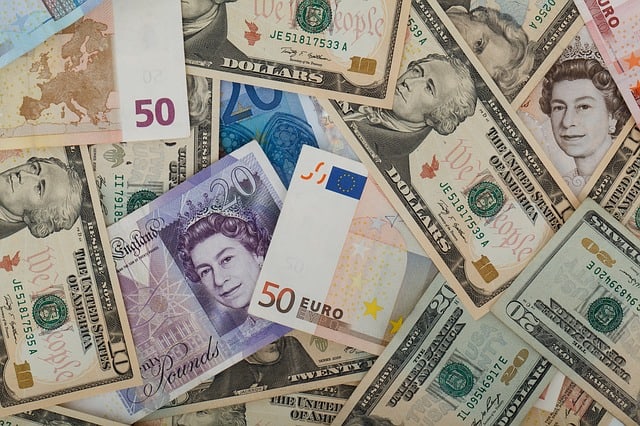 People send money internationally for numerous reasons. Students studying abroad receive cash from their parents to help “pay for books.” Canadians fleeing winter lay down deposits for houses in Florida. Filipino overseas workers support their families at home by sending significant chunks of their paycheck back to the Philippines.

When sending US dollars to Philippine pesos, you can benefit from foreign exchange comparison websites that will help you save time and money, as you will find the best exchange rates in real time from different companies.

No matter the motivation, all must go through the currency transfer process. Contrary to what you might think, it is not scary, nor is it complicated. Below, we’ll show you how to initiate an international currency transfer, and share tips that will save you money.

What are the primary types of currency transfer?

Every day, businesses and individuals around the world send five trillion USD to each other. That’s a mind-boggling number. As we mentioned in the intro, though, senders initiate transfers for various reasons.

Among them, remittances stand out. These currency transfers, which reached 689 billion USD in 2018, are ones sent as gifts. Most frequently, they are given by overseas workers to family members living back in their home country.

Remittances are more than just tokens of appreciation and love – they have a substantial economic impact. The Philippines is an often-quoted example – in 2018, remittances accounted for 10.3% of its GDP. However, many nations have an even greater dependence on currency transfers. According to the World Bank, in Jamaica, Honduras, and Haiti, remittances comprised 15.9%, 20.1%, and 30.9% of GDP respectively.

Real estate purchases are another common motivator for foreign currency transfers. In 2017, Canadians purchased 18.7 billion USD worth of property south of the border. Most of these buys were concentrated in Florida and Arizona, making up 37% and 17% of all purchases respectively.

That isn’t all, though – the rise of e-commerce has resulted in an exponential increase in these sorts of transactions. Now, e-store owners on platforms like Amazon regularly move cash from international marketplaces to their bank account. Additionally, Forex traders move seed capital in and out of various currencies in order to make a living.

How does currency transfer work?

Want to buy that sexy beach villa in Costa Rica? Are you trying to send birthday cash to your nephew in the UK? Whatever the reason, the time has come to make your first foreign currency transfer.

Start by picking a transfer service – many folks choose the path of least resistance (i.e., their bank.) However, as you’ll see later, this route will cost you dearly, both in money AND time. If you go through your bank, all you’ll need to do is supply the bank details of your target.

If you’re going with a non-bank currency transfer provider like Transferwise, you’ll need your bank details as well. However, in some countries, you may be able to send from a credit or debit card.

After that, your money will likely be the hands of SWIFT, the world’s predominant financial system. Depending on the type of transfer, it may arrive same-day, or it could take several business days. For a fee, some transfer services can instantly pay out the transfer on the other end.

What if you’re sending money to your Vietnamese grandma, who has no bank account? In this case, you’ll want to go with a remittance firm that offers cash pickup. Western Union is the best-known provider of this service, as they serve nearly every country on Earth.

However, do shop around for the best deal, as cash pickup is the most expensive form of currency transfer. For generations, Western Union had a monopoly in many markets. Thanks to their brand power, they still charge Monopoly-esque prices. WorldRemit, Azimo, and Remitly are cheaper alternatives you may be able to use.

Banks charge more for transfers than most people realize

Habit and convenience are powerful forces.

We all know the banks screw us on fees, but many still use them for currency transfers. Why? Because we’ve come to rely on them for all things financial. Even when we are aware of alternatives, we can do a currency transfer simply by talking to the teller.

Once people know exactly HOW MUCH they are losing, though, they become more open to change. Whenever you send money abroad, you’ll pay fees for the privilege of doing so. When you use your bank, you’ll often pay a $30 charge upfront.

The exchange rate your bank uses is NOT the interbank rate. Let’s say you’re sending 500 CAD to your son, who attends Harvard. If you make the transfer through Royal Bank, you’ll get a CAD/USD rate of 0.7394. That varies considerably from the actual rate of exchange – according to XE.com, it was 0.7560. While not as crazy as other currency pairings, that’s an extra 2.2% added to the 6% premium upfront (the $30 fee).

How can I save money on currency transfers?

Most people don’t blink when making currency transfers like the one in the previous section. If you had made that 500 CAD transfer at the interbank rate, you would have saved $9. Of course, this ignores the 30 CAD wire fee, but as we also established, banks have conditioned generations of people to trust them.

If you’re reading this, though, you’ve begun to break the cycle. You’ve done more than grumble about the fees that banks charge – you’re actually searching for a solution.

At this moment, numerous firms offer far better rates on overseas currency transfer than your financial institution. If you run a business that regularly makes currency transfers over $1,000, WorldFirst is an excellent option. With fees starting at 0.5% and exchange rates close to interbank, you’ll spend far less per transaction. The more transfers you make, the more your savings will add up.

If you only plan on sending smaller amounts, Transferwise is a fantastic service. You’ll always get the interbank rate, while only paying an uncapped fee of 0.45% on your transfer.

Currency transfers are the lifeblood of our modern world

These days, an ever-increasing number of people live global lives. Whether we work abroad or have business dealings there, sending money internationally has become a fact of daily life. If you’re one of these folks, you need to be aware of the fees that currency transfer firms charge.

It’s easy to brush off a loss of $20 once. Over dozens of transfers, though, that adds up to a massive pile of cash. Cash you could be sharing, investing, or enjoying. By getting the best currency transfer deal possible, you’ll be maximizing control of your hard-earned money.