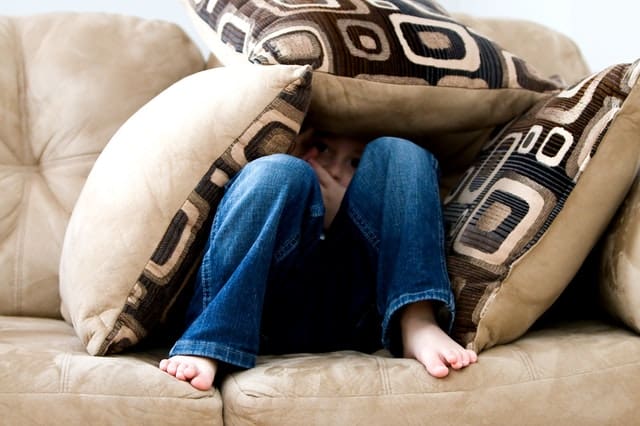 Is your child a master in making a mess? Every child is, and the best of all is that they’re utterly unbothered by it.

One of the reasons why children don’t clean is because they usually don’t even know a mess should be cleaned. It’s your duty as a parent to teach your kid this since that’s how cleaning habits are implemented.

Plus, kids go about their day unbothered by adult stuff mainly because they’re not adult themselves. They enjoy running, playing, screaming, and everything else that’s fun rather than picking up toys.

Clean That Floor provides several ways of getting your kid to help you clean. In some cases, it’s not even helping you at all, but it’s the thought and intention that matters more.

Start by setting some rules about cleaning up and make sure to tell your kids about it. Tell them that they have to put away their toys before going outside to play, for example. They need to tidy the space where they played before they move to another one.

Tell them that you’ll only remind them once, or twice (you decide), before taking the toys left behind. Those toys will be put away or given away to another child unless they put it back in place.

It’s entirely up to you to decide how harsh you’ll be with these rules. However, you must follow through. Avoid giving meaningless threats since your kid will figure it out and won’t take you seriously.

Explain to your kid that he/she has to put away the paints before taking out the cubes and puzzles. It’s a rule, so stick to it.

However, be patient with this because your child will most likely whine and procrastinate as long as possible. It’s critical that you stick to your words, so don’t even think about cleaning up the mess yourself.

By cleaning the mess yourself, you’re showing your child that he/she can get away without taking responsibility if they whine long enough. This will backfire to you before you know it.

So, no watching TV until all the toys and coloring books are back in their place. This will prevent from mess building up.

Your kid will probably resist by stating several reasons for which they cannot complete the task. Hear them out, and explain that the job will only take a minute but completing it is critical for him/her to enjoy the rest of the day.

Telling your kids that they’ll get this or that if they clean up the mess they made is a terrible idea. If you hand out awards after cleanups, your child will always expect them, and that’s not how things work in the adult world.

Though it seems meaningless, kids will think it normal to receive an award for something that’s their duty, to begin with. How often do you get an award for doing dishes? Exactly.

You can tell that if they pick up these toys, they can move to the next ones, but that’s it. Avoid bribing with new stuff, candy, Disneyland, and other such things.

Cleaning is usually not the most fun process for adults either, so it’s normal that kids dread it just as much. However, there are ways to make it less tiresome. Adults turn on some music or an interesting podcast to enjoy during the cleanup process, so find something that would work similarly for your child.

Play some fun music for your kid and ask them to complete before the song ends. Adding a bit of competition into the mix might also be helpful.

Turn cleaning into a fun and silly game, so your kids don’t see it as tedious and tiring. However, avoid turning on the TV because that would actually distract most kids from the task at hand.

Help your child to complete the task by diving it into a few smaller steps. In other words, kids probably see the mess as much bigger than it actually is.

Tell them to pick up the green or red items. Next, they can maybe pick up all the plastic or wooden toys before cleaning up the paints and coloring books.

You can tell a few encouraging words after each task is complete to make the kid feel like he/she is doing a great job.

You can’t expect your kid to be joyful about cleaning if you’re always complaining when you’re vacuuming or doing the dishes. Also, don’t leave your mess behind and ask kids to clean theirs since it goes against everything you’re trying to teach them.

If you want a child to make the bed after waking up, make sure that your bed is also made. Young children see and repeat everything they see adults do. So, if your room is a mess and you hate cleaning, your kid will likely grow to feel the same way.

Lead by example, and make sure to take some time and show how things are done. If you have a toddler, you’ll probably have to show him/her how to clean and put things back in place.

While kids should be treated as such, that’s not always the case. The sooner they feel the sense of responsibility, the better. Also, avoid ‘baby talk’ when requesting your child to clean stuff. Be serious and confident instead of needy and anxious, so the child knows that you’re in charge.

Much like adults, kids feel better and accomplished when they clean up their mess. Plus, you won’t be there to clean it for them every time. Your kid might go away for college and will eventually move out to live alone. That’s where all the working and cleaning habits will come in handy.