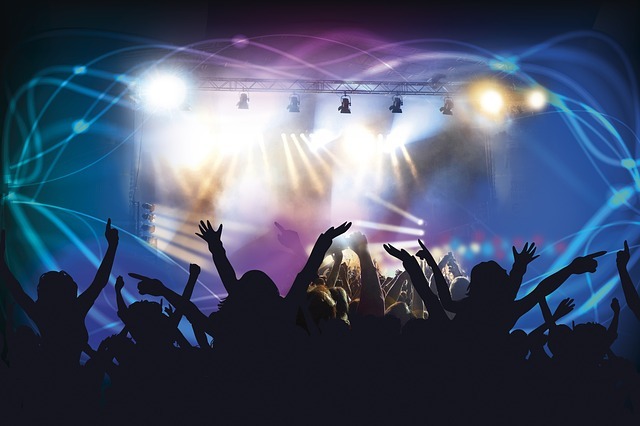 There are countless great musicians who have taken the world by storm with their on-stage presence, musical genius, lyrical talent and lively persona, but only a handful few have had the capacity to induce sheer euphoria and ecstasy to a venue packed with fans.

They bring about “wish I was there” moments with their symbolic persona, and are largely on the receiving end of staggering love by millions of enthusiastic supporters. These kind of performers know what it takes to stand on top of the world – once-in-a-lifetime talent, to say the least.

Note: While the list may seem opinionated, it certainly fits the bill for accommodating few of the greatest ever artistic performers the world has seen, although in no particular order.

To start with the most obvious, this list would be incomplete without arguably the greatest stage performer in history. A tour de force on stage, ‘King of Pop’ Michael Jackson’s career spanned four decades, during which he mesmerized audiences with his impeccable dancing skills.

Coupled with his ability to knock out high notes as a singer, there was hardly any doubt of the heights he was going to achieve ever since he debuted in 1964 with the Jackson 5.

With over 400 million records sold and the No.1 selling album in music history, Jackson is undoubtedly the G.O.A.T. According to Billboard, ‘Thriller’ has now been placed in the Hot 100’s top 20 for six consecutive decades. His performance at Madison Square Garden on his 30th anniversary in 2001 still ranks as one of the best ever by any artist.

Just like the ‘King of Pop’, the ‘Queen of Pop’ had an everlasting impact on music and stage performances in general. Madonna Louise Ciccone is a pop icon who has greatly influenced many of today’s artists such as Jennifer Lopez, Beyonce, Rihanna and Britney Spears.

Known as someone who radiates inspiration among the masses, Madonna has been active ever since the late 1970’s and has since played a key role in the development of pop culture.

Her performances in the MTV Video Music Awards in the 1980’s and 1990’s were unparalleled. For someone who apparently came to New York with only $35 in her pocket, Madonna has conquered the world with her ambition, spirit and music.

There is perhaps no voice as powerful as Pavarotti’s and this is a statement that stands strong even 14 years after his death. The opera singer is the most arduously followed tenor in the world, given his ability to voice out pitches never heard before.

Pavarotti perplexed audiences with his loud but ridiculously melodic tones, paving way for his name to be etched forever in the laurels of music.

His performance of ‘Nessun Dorma’ at the 2006 Winter Olympics in Turin (via ClassicFM) – his last before his death – is the testament of the great Italian singer’s musical and singing prowess that perhaps won’t ever be replicated on any scale.

For someone whose whole career depended on making crowds go apesh*t crazy, the list would be incomplete without Freddie Mercury. He was perhaps the main reason Queen propelled to worldwide glory with hits such as Bohemian Rhapsody and Another One Bites the Dust.

Mercury’s flamboyance and electricity spread like wildfire whenever he performed on stage with a ballad, leading the band through an unforgettable era of rock greatness.

None of his performances could be rated as average, as Mercury ripped apart audiences with his sheer depth in voice, ridiculous tones and mesmerizing clarity.

‘King of Rock n’ Roll’ Elvis Presley was an enigma onstage. His spectacular stage presence was immediately felt when he opened his mouth to sing. As one of the most significant cultural icons of the 20th century, he sang songs and performed them with energized interpretations.

He passed away at the tender age of 42 and while the world certainly missed what could have been, Elvis nonetheless had already established himself as a true rockstar.

His lively and energetic vibe poised him to become the best-selling solo music artist of all time by Guinness World Records. He still remains the most significant figure in the development of rock and roll.

According to statistics provided by casinos and betting providers such as Arabianbetting, Michael Jackson was the one true-artist who sold out and still sells out venues in a matter of minutes – such as through his Michael Jackson ONE event by Cirque du Soleil at the famous Mandalay Bay in Las Vegas. With the aforementioned resource, one can access the best online pathways for betting on sports or gambling at an Arab casino. Players, whether old or new, can benefit from a whole range of rewards and bonuses such as cashback schemes, loyalty points and instant pay outs.

Some other very famous and once-in-a-lifetime artists who deserve a mention alongside the aforementioned stars are Bob Marley, Prince, and David Bowie.

Continue Reading
link to 27 Surprising Characteristics of a Narcissistic Mother