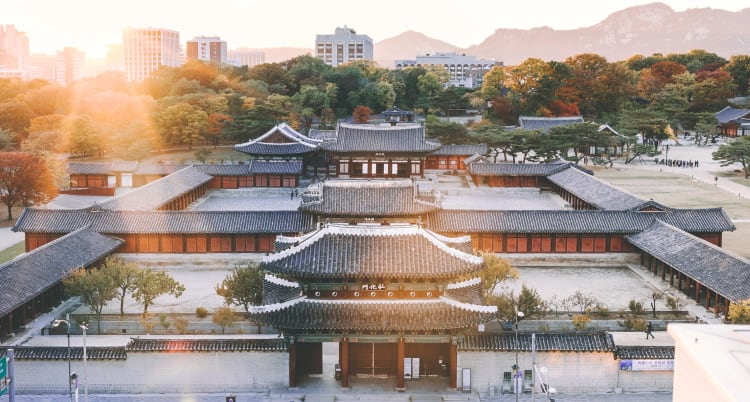 Seoul is a fascinating city, a clash of Buddhist temples and skyscrapers, the rise of K-Pop meeting bustling street markets. So much of Seoul’s history is alive, if only you learn to look for it amongst the hustle and bustle of this modern metropolis. The capital and largest city of South Korea, this is a holiday destination that’s not for the faint of heart. The streets and subways are alive with millions of people, the population density so high that it’s more than twice that of New York!

If you can become one with the throngs of people though, then there is much to be gained from a visit to Seoul, here are some of its hidden gems.

Although not much of a secret, the Paradise City Resort is a great place to make your base for exploring.

This stunning resort is the first of its kind in Korea, bringing together incredible opulence in every design detail and total relaxation for every guest.

The resort offers plenty of entertainment for guests too and has already played host to numerous famous events, including the PokerStars Festival Korea, a much raved about concert for the beloved K-pop band BLACKPINK and the Holiday Land festival, to name but a few.

Check yourself in at least for a night or two, even though it’s a little more costly than some of the more traditional options, you truly will get a taste of the luxury lifestyle.

When most of us go traveling, we hope to soak up as much of the local culture as possible.

Now, whilst Korean culture is fascinating, whether it’s art, music or food you’re looking for, one interesting string to Seoul’s bow is its French Village. Around half of Seoul’s French population reside in Seorae Village, a small neighborhood in Banpo-dong.

It’s quite a shock to the senses wandering past a french school, with the smell of croissants in the air. It’s also a welcome shock to find plenty of delicious French food and wine on offer.

A particular place of note is Jean Boulangerie, where their bakery effortlessly combines French and Korean tastes. The red bean paste bread is particularly delicious and perfectly encapsulates what’s so special about Seorae Village.

If you’re not afraid of embarking on a hike, then it’s possible to get around all five palaces in one day. Seoul is famous for its grand palaces, with Gyeongbokgung, Changdeokgung, Changgyeonggung, Deoksugung, and Gyeonghuigung being the most talked about.

You can pay a relatively small fee to enter each one, but they also all offer the opportunity to visit for free if you wear the traditional Korean Hanbok. A day spent wandering from palace to palace in this clothing is slightly surreal, but a memory that will last forever. All of the palaces are beautiful, but if you only have the time to see one then make it Gyeongbokgung.

This palace is by far the largest and most photographed in Seoul, so it’s essential for any Instagram shots!

Hopefully, you’ve worked up an appetite after walking around all of the palaces. If you have then you must try the ultimate Korean snack food, Chimaek.

If ever there was a master of the fried snack then it’s Koreans, and this crispy fried chicken, served up with ice-cold beer is certainly a testament to that.

It’s possible to get Chimaek delivered to literally anywhere in the city, so if you want it quickly then just call up and order. If however, you fancy sitting in somewhere then there’s one place that most people can agree really gets the dish just right.

Gyeyeolsa is arguably Seoul’s best fried chicken restaurant, so good in fact that many people make the trek out to Buam-dog on the outskirts of the city just to try it. They keep it simple with just one style of fried chicken, which is served with a sweet sauce and some salt to dip.

If it’s simple, crunchy, comfort food then you’re after, then look no further.