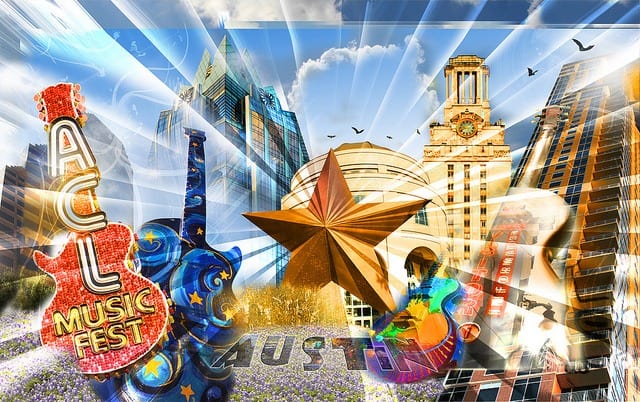 Whether you plan to visit Texas soon or settle in a new apartment in Houston, we’d like to share 5 of our favorite historical sites in Texas you can’t miss.

Texas has an incredible history. Many people may not realize that it is the only state in the U.S. that was once a country. Throughout history, Texas was also owned at various times by Spain, France, Mexico, and the Confederate States of America.

Visitors and locals alike can check out the sites because many of Texas’ most historic and infamous landmarks still exist.

From the Moody Mansion in Galveston to Space Center Houston, these well-known sites shaped Texas and the United States.

Check out these five favorite historic sites — especially if you haven’t explored Texas but plan to live there in the future.

If you want to visit a historical landmark that many revere, then San Jacinto Battleground is just the place. After all, this battleground is where Texas became independent from Mexico.

General Sam Houston defeated the Mexican General Santa Anna’s army on this plot of land. Believe it or not, the battle only lasted 18 minutes! However, this short battle that took place in 1836 would forever shape the state of Texas.

Dedicated to the battle of San Jacinto, the monument is an incredible 567.31-foot-high column.

Tourists also enjoy exploring the San Jacinto Battleground as well as the boardwalk and marsh nearby. There are a lot of historical markers to check out. Some were erected by the Daughters of the Republic of Texas – descendants of soldiers who fought in the Texas Revolution.

The site includes a recreational park that features beautiful landscaping and picnic tables. Pack a picnic lunch and enjoy the scene before you as you consider how far Texas has come.

The San Jacinto Monument is near the Houston Ship Channel right outside the city of Houston. As you experience a taste of Texas history, visit and be in awe over this monument.

Moody Mansion, an incredible 28,000-square-foot home, was built in 1895 by a widow, Narcissa Willis. Her husband wouldn’t allow her to build such a large home when he was alive, so she built it after his death. Her children stopped speaking to her, so she lived alone with only her housekeeper, who was paid triple the average wages to stay. The lonely widow died four years later, and her daughter put the mansion up for sale.

Unfortunately, the great Galveston Hurricane of 1900 struck, and the bottom dropped out of the market. W.L. Moody bought the estate for a song at a quarter of its value.

Moody and his family created a vast financial empire, with business ventures in cotton, banking, hotels, and ranching.

Generations of the Moody family raised their children in the home until 1986, and then in 1991 the mansion and museum became open to the public.

The city of Galveston renovated the mansion following Hurricane Ike in 2008. The project allowed space for an additional museum to be constructed in the basement. The Galveston Children’s Museum opened to the public in July 2014.

Today the estate museum is known as the Moody Mansion, and visitors can check out 20 out of its 36 rooms on tour. Within the rooms are beautiful furnishings and personal effects of the Moodys.

A few features of the house that visitors love, in particular, are the sweeping veranda and ornate ballroom.

People also can reserve the Moody Mansion for private events such as weddings, meetings, and parties. This beautiful mansion is a must-visit site while touring or living in Texas!

The legacy of the Moody family continues today with the help of two charitable foundations: Mary Moody Northen Endowment and the Moody Foundation.

3. Look out to the ocean from an enchanting lighthouse

Port Isabel is one of the oldest towns in Texas and was a popular stopover for pirates like Jean Lafitte. It’s the last town you see before you cross the bridge on to South Padre Island and is well worth touring while you’re in the area!

The Port Isabel Lighthouse, built in 1852, was used during the Civil War to light the mariners’ way on the coast. On an iron platform, the brick lighthouse had a light with four lamps. Due to its durability and incredible lighting, seafarers had an easier time finding their way to land.

In 1905, shipping was slowing down. The light was put out because it was no longer needed.

The lighthouse became a historical site in 1950 after it was donated by Mr. and Mrs. Lon C. Hill, Jr. and the Port Isabel Realty Company. It also received some upgrades which included a glass dome that made it easier for visitors to access it.

Now, the lighthouse is a Texas State Park and is the only Texas lighthouse that’s open to the public.

When you visit the lighthouse, you can climb the spiraling stairs and gaze out to the ocean. A few sites you may see from the top of the lighthouse include Port Isabel, South Padre Island, and the Lower Laguna Madre Bay.

Don’t forget to stop by museums like the Port Isabel Historical Museum and the Treasures of the Gulf Museum to learn more about maritime history.

4. Enjoy sensational views from atop this mount

If you want to see one of Austin’s oldest tourist attractions, then you’re in luck because Mount Bonnell is the perfect place to visit.

At 785 feet, Mount Bonnell is the highest point in Austin. Tourists have flocked to the mount since the 1850s.

The mountain’s history dates back to the 1830s when Mount Bonnell was Native American territory.

Records show that soldier George W. Bonnell climbed to the top of the mountain in 1836 and wrote about his ecological findings.

A historical marker on the Indian Trail where Bonnell spent most of his time says:

“Rising 775 feet above sea level, this limestone height was named for George W. Bonnell, who came to Texas with others to fight for Texas independence, 1836.”

Park on the road and take a short hike to the main site to get to the mountain. Luckily there’s no entrance fee, but the hours are limited as it’s only open from 5 am to 10 pm.

When you venture up the stairs, you can enjoy fantastic views of downtown Austin, Lake Austin, Pennybacker Bridge, and the beautiful surrounding hills.

The mount was added to the National Register of Historic Places in 2015.

5. Head to the world’s most extensive space program in Houston

If you’re visiting Houston, Space Center Houston is only 30 miles away.

At the center, you can learn all about NASA’s latest projects, space exploration, and future missions. Who knows — you may even run into an astronaut!

The world’s most extensive space program is in Houston and has an endless amount of exhibits. Johnson Space Center and Mission Control offer tours at Space Center Houston.

Don’t miss out on the opportunity to learn more about space if you visit these historical centers. Spend time exploring each one and check out a space shuttle replica situated on a shuttle carrier.

It’s impossible not to be in awe when you walk inside the shuttle and carrier.

A few other highlights include touching rocks from Mars and the moon and seeing plenty of rockets. You can’t leave without touring checking out displays and models, films, and astronaut-related artifacts.

There’s so much to learn at Space Center Houston!

What are some of your favorite historical landmarks in Texas?

Texas may not be the oldest state, but it contains a lot of rich history. Men and women fought battles, formed landmarks, and today, the state of Texas offers an endless amount of adventures for locals and visitors to enjoy.

Don’t miss out on some of Texas’ top tourist attractions and historical sites!

This post was written on behalf of Broadstone Toscano which offers luxurious 1-3 bedroom apartments in the heart of Houston’s Medical Center. Borrowing elements of the Old World and fusing them with the New, Broadstone Toscano embodies distinctive Western European aesthetics while providing an elevated home, perfected for modern Houston living.