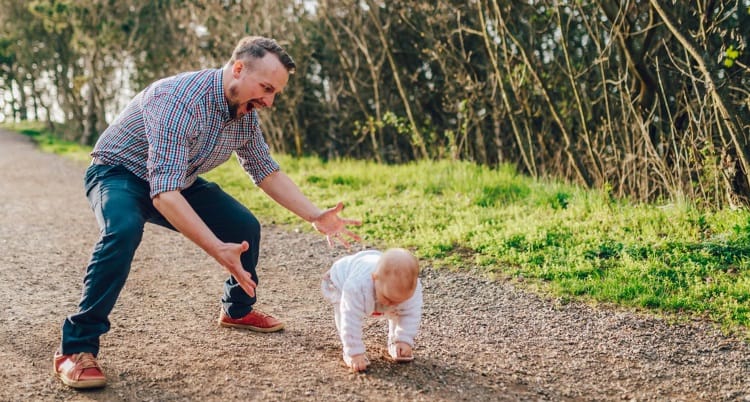 Fatherhood often brings about numerous personal, physical, mental, and emotional changes. However, an important but overlooked issue revolves around their brains. Researchers believe these changes are designed to help men establish the same paternal instincts that women often develop when they become mothers.

In actuality, human fathers are a rare breed. Said species is amongst only six percent of male creatures that play an integral role in their child’s development.

Another major impact fatherhood has on men is a precipitous drop in testosterone. The decline could be really significant up to 34 percent.

Fortunately, these circumstances do not have to be permanent. New fathers concerned about regaining their mojo might be able to naturally increase testosterone levels, maintain their physical prowess and improve their athletic performance with several changes in their daily routine.

Sleep is vital to a new father’s general health and in reestablishing normal testosterone levels. Sometimes, a lack of evening sleep might be overcome by taking short naps during the day.

That said, those facing severer bouts of insomnia might employ potential sleep-inducing efforts. Such as adhering to a strict sleeping and waking schedule, avoiding foods or beverages in the immediate hours preceding bedtime, and making the bedroom as comfortable as possible.

That said, you should concentrate on your workout plan to keep your body in a good shape. Even the slightest deviation could have a majorly adverse impact on your overall fitness level.

Focus On Your Relationship

Maintaining solid domestic relations is also key. Studies have shown that married men who place a strong emphasis on their marriages and other important relationships often possess lower cortisol levels than those facing domestic strife.

Cortisol is a stress hormone known to lessen both the systemic impact and bodily concentrations of testosterone.

After a child is born, a new father’s schedule will change drastically. Said event could impact when and, above all, what they eat. In numerous cases, these dietary changes are not always for the better. Ergo, new fathers are firmly encouraged to consume moderate portions of healthy, nutritious edibles.

The scientific community has only recently begun discovering that brain chemistry and systemic hormonal levels play a major role in men creating natural paternal abilities. The specific a man’s brain changes after fatherhood include:

In a recent study, scientists examined the brain activity of 89 new parents while they were watching videos. These subjects ranged from single, gay fathers, in addition to both mothers and fathers serving as their child’s principal caretakers.

While the brain activity of those in each category demonstrated a strong knowledge of emotional attachment and social understanding, the fathers serving as primary caregivers and emotional support systems displayed changes often seen in mothers holding similar roles.

Scientists have found that fatherhood precipitates a boost of noted sexual and reproductive hormones like estrogen and prolactin. Medical professionals suggest this may be attributed to the male subject growing closer to their child’s mother and the couple’s children.

New fathers are thought to experience a discernible increase in a mood hormone called oxytocin. Sometimes affectionately known as the cuddle hormone, oxytocin seems to stimulate the parental figure’s desire to physically and emotionally engage with his offspring.

Fatherhood is also believed to foster the brain’s production of neurons. Scientists have found that these structures, which are often referred to as brain cells, often formulate to help new dads develop what is known as environmental richness. In simpler terms, this is the desire to create a comfortable, happy, and safe environment for their young.

Sensitivity to the voices of your own children

Researchers have discovered that a new father gains voice sensitivity that enables them to detect their newborn’s voice or cry from afar. In one recent study, 29 new mothers and fathers were asked to identify their babies’ cries from various sounds. 90 percent of them performed this test successfully and men proved just as adept as women.