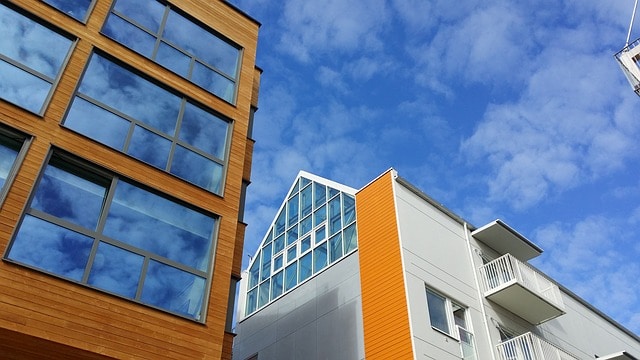 The property market can be vastly different from one US city to the next. In places like San Francisco, the tech industry is causing it to soar to new heights. Meanwhile, places like Detroit continue to see values decline.

When it comes to property, a quality unit is important, but so too is the overall location. While land in big cities usually has an extravagant price, it’s also possible to find inexpensive land in many US States.

Even a mediocre real estate can see rental incomes rise if it is in an up-and-coming neighborhood. Furthermore, future values matter a great deal to investors. If new businesses and employment look set to arrive in a particular city, then that will force prices up over the long-term, providing you with a decent return on your investment.

So which towns and cities are the best for making real estate investments right now? Let’s take a look.

Dallas is one of the most popular cities in the country right now. Not only does it have a wealthier economy than Houston, but it is also increasingly home to some of the country’s most talented people. And that’s driving up prices.

Prices in Dallas are likely to experience upward pressure for several years to come. The main driving force behind this is the average rate of population growth, which is more than 201 percent fasting than for cities across the country as a whole.

Dallas is also increasingly being seen as an “overspill” location for tech firms in Silicon Valley – a bit like Phoenix. Companies are looking for places where they can rent premises more cheaply, and Dallas is one of them.

Cleveland is one of the most exciting places in the nation right now when it comes to the property market.

Even though the metro population is more than 2.1 million people, the average metro area home price is just a little under $140,000, or about 38 percent below the national average. In other words, you can pick up a bargain basement property here and rent it out for a high yield.

Atlanta hosts the busiest airport in the country. Businesspeople and tourists flood the city, bringing jobs, companies and wealth with them.

Property prices are likely to rise in Atlanta over the coming years for several reasons. For starters, it is home to several new and growing firms that will continue to generate employment in the city. Second, the market for property hasn’t gone up as fast as some other US cities. And, third, median household income is rising rapidly.

Even if you don’t live in the Atlanta area, you can still get in on the action by using a property management company. These agencies provide all the services you need to collect rental income at a distance, even if you live in another part of the country.

Albuquerque is located on the famous Rio Grande and is best known for its annual Balloon Fiesta – though that might not go ahead this year. And while the city isn’t as large as some of the others we’ve considered so far, it does offer opportunities for people looking for discount properties.

Albuquerque’s average home price is around 10 percent below the national average – and up to 35 percent lower if you know where to look. It is an attractive place to buy a property right now, though, because of its location. It currently sits in New Mexico’s “technology corridor” – a strip of land that runs through Albuquerque and out the other side. Here you’ll find the likes of Netflix and Intel – two of the biggest tech companies in America.

Going forward, it is likely that Alburquerque will see significant development. It is already the site of several US air force bases and the Sandia National Laboratories.

The reason for the low house prices all boils down to the state’s unique legacy. For years, most of the state’s workforce worked in the mills and mines. There wasn’t a great deal of the tertiary industry in the state.

Wages are lower here than in the rest of the country. But with changes to the structure of the local economy, that is now changing, which is why Birmingham is such a great place to invest in a property right now. The city looks set to attract new, high-paid professional jobs soon. And when that happens, prices will start to rise.