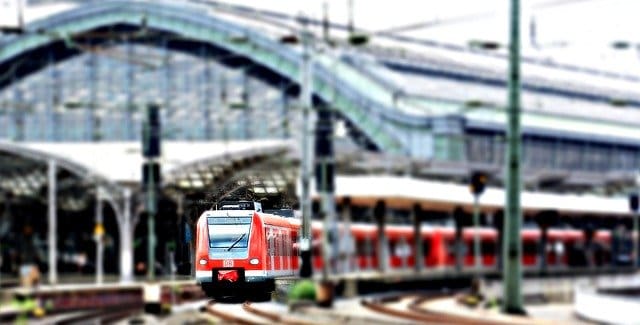 There are more than 140,000 miles of train tracks in this country, making travel by train the ideal mode of transportation for anyone who wants to take their time and enjoy the view.

Trains are also a popular travel option for commuters due to their convenience. Despite the number of people who rely on trains, there are still many people who have safety concerns.

When serious train accidents happen, they tend to make headlines because these incidents are so rare.

Travel by car is much more dangerous, but car accidents happen so frequently that only the major crashes make the news. Even though we don’t see this information in the news, in the United States today, railroad companies:

For the vast majority of passengers and railroad employees, travel by train is safe.

The modern world’s worst train disasters did not take place here in the U.S. The 19th and early 20th centuries were a deadly time for rail travel in this country, but technological advances have made traveling by train safer than ever before.

Modes of Transportation Ranked By Safety

The numbers that follow represent the deaths per billion passenger miles traveled:

Many people worry about trains being dangerous due to high-profile incidents like the Amtrak train crash, which resulted in one death and 114 injuries.

This crash made headlines for longer than many others because it resulted in a $265 million settlement, which remains to-date the largest passenger railway accident settlement in U.S. history.

Like airplanes, the train may seem dangerous because a single incident can result in many deaths and injuries. However, when compared to other modes of transportation, it becomes clear that train travel is among the safest.

What to Do if You Are Injured

Although it is unlikely that you will be injured in a major train accident, according to the National Transportation Safety Board, a person or vehicle is hit by a train in the U.S. almost once every two hours. Most of these incidents happen around unguarded railroad crossings.

Approximately 1,000 people are killed in train accidents in this country every year. When you consider how many people travel by train, you can see that the risk is relatively low. However, accidents do still happen and no mode of transportation is 100% safe.

If you are injured in an accident, you may be able to collect damages from the railway or another party if it can be proven that negligence on their part contributed to the crash. The following are some of the parties that can be held responsible.

Failing to maintain a train, employing an intoxicated driver, or creating conditions that lead to crew fatigue are all reasons a train company may be liable.

The Driver of an Involved Vehicle

If a driver’s negligent behavior caused a train accident, they may be liable. An example of this is a driver who chooses to cross the tracks even though a train is approaching.

The Owner of the Track

If it can be proven that damage, a defect, or failure to maintain the train tracks caused the accident, the owner of the track may be liable.

The company that manufactured the train may be at-fault if manufacturing defects contributed to the accident. This could be a defect in any part of the train, such as the brakes or the wheels.

If you’ve been injured, consult with a personal injury attorney before you accept any settlement. The first settlement offer is typically not enough to cover the damages passengers suffer. When you accept a settlement, you may be accepting too little and signing away your rights in the process. This is why it’s best to reach out to a lawyer who can advise you.