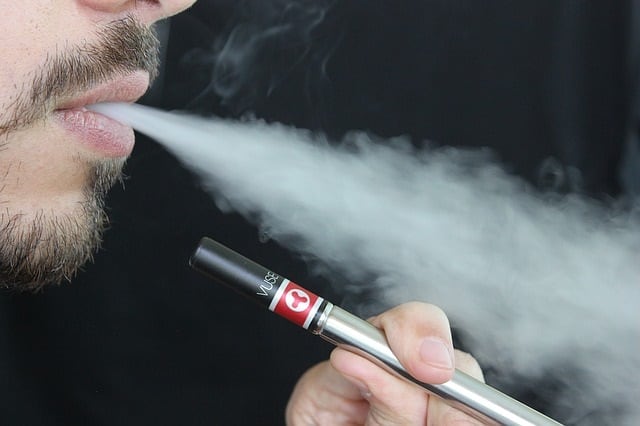 Since July 2007, the Heath Act 2006 has banned smoking in enclosed workplaces. With the growing popularity of e-cigarettes, another concern appeared: is vaping at the workplace appropriate?

Tobacco smoking was prohibited due to its adverse effects on health. But vaping is a relatively new practice.

It’s early to say something on its long-term effects on health. As official bodies haven’t adopted a law to regulate the use of electronic smoking devices at work, the question remains confusing for both employers and employees.

If your boss hates when employees use e-cigs in his/her office, then the matter is closed. No vaping deals.

But even if he/she is OK about vaping at the workplace, you should be a responsible and intelligent vaper.

You may work with people who neither smoke nor vape.

And they may not like the idea to inhale someone’s second-hand smoke or vapor. Vaping is especially inappropriate if someone near you has some respiratory disease.

Some still see little to no difference between smoking and vaping as think that both activities are equally harmful. They will be likely to start a debate on the safety aspects of vaping if they spot you do it.

And you’d better gain some knowledge on this theme. Maybe you persuade them that this thing is safer than tobacco.

But even if they won’t believe you, you won’t look ignorant in something you like and won’t look like an average customer that had simply fallen for an advertisement of great vaping deals from vapindaily.com.

Is vaping considered smoking in the workplace?

According to Public Health England (PHE), e-cig vapor is 95% safer than tobacco smoke. Of course, there’re some potentially harmful chemicals in vapor. But while tobacco smoke contains up to 7.ooo different chemicals, vapor contains about 200. The difference is substantial.

Operating with facts may help you reckon a smoker to try a safer alternative and take advantage of cheap vaping deals.

If you work in a closed space, the bystanders will inhale air filled with flavor.

No matter how yummy it may seem to you, remember that tastes differ. Others may find your favorite e-juice flavor too strong or merely unpleasant. Put yourself in their shoes. You don’t want to smell something you dislike.

If you work with children, the answer is obvious — no vaping in front of kids.

If you usually bring your vaping paraphernalia with you, store it securely stored in a place inaccessible to those under the age of 18. The same refers to animals that are susceptible to vapor, mainly if an e-liquid contains nicotine.

Is vaping legal in the workplace?

At present, it’s up to business owners to decide whether their staff may vape at the workplace.

But the following companies prohibit vaping at work:

Are you unsure of what decision to make?

First of all, check state and local laws. Some states simply added vaping on to a smoking policy, so it is prohibited everywhere where smoking is banned.

Others states ban e-cigarette use in such places as state government buildings, hospitals, childcare facilities, and schools. As for other enclosed workplace, some states ban vaping there, and others don’t.

If there’re no official regulations in a place where you run a business, then you should make the decision.

It’s advisable to consider the pros and cons of treating vaping. On the one hand, employers may be more productive if they can vape without leaving their workplaces frequently.

On the other hand, a pro-vaping policy may confuse people who don’t smoke or vape as an e-cigarette is still a means of delivering nicotine, an addictive chemical.

Indeed, there’s no one-size-fits-all approach. But there’re some aspects to consider before making a final decision.

Public Health England (PHE) offers a framework for business owners to help them create a policy on the use of electronic cigarettes. It was elaborated with the current knowledge of vaping in mind. The emphasis was made on the fact that vaping is a means of smoking cessation.

But any risks specific to a particular setting should be taken into account. So, here’re the steps to develop a vaping policy with our concise explanations.

There have been several scientific studies assessing the risks of second-hand vapor to bystanders as well. But no evidence to justify outdoor and indoor bans on vaping was found.

For example, a factory and a nursery school are quite different settings that require different solutions.

Even if they fail, they will still be healthier workers, and thus, more efficient. The evidence is clear that vapor is safer than smoke. Let them make their vape deals.

The All-Party Parliamentary Group for Vaping (APPG) also offered their recommendations that are as adequate as PHE’s framework.

The organization emphasizes the following points: