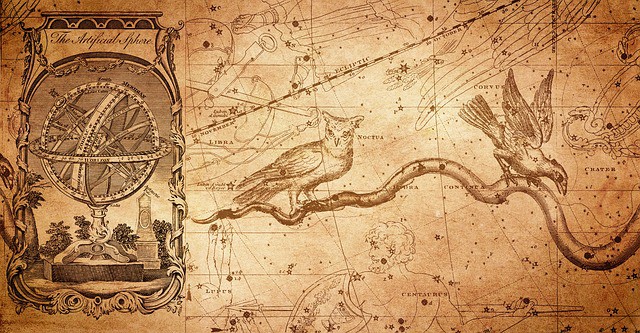 Leo is a zodiac sign of incomparable intensity, and the cosmic affiliation is surprisingly secretive considering its steady thirst for attention. Although Leo is often in the spotlight, their true nature is often obscured by the sheer spectacle of their being. To illuminate Leo’s real disposition, here are five surprising characteristics you probably don’t know about the fifth astrological sign:

1. Leo is the Most Intense of the Fire Signs

It makes sense that Leos are born during the hottest part of summer (from July 23rd to August 22nd), because their zodiac background is synonymous with scorching heat. In truth, the other fire signs, Aries and Sagittarius, simply cannot compete with the concentrated elemental energy of an impassioned Leo.

When emotions become unrestrained for a Leo, which typically follows a perceived slight, they tend to consume the world around them in a blaze of fury. Sadly, Leos are often willfully oblivious to their destructive tendencies.

At their worst, they perfectly exemplify a wildfire, because their fiery nature slowly smolders forward without ever stopping to reflect upon what they may have consumed in their wake. It’s only when they have finally extinguished everyone and everything else around them that they finally begin to burn themselves out too.

2. Leo Expects the World to Revolve Around Them

Leo is the only astrological sign not represented by a planet or moon; instead, it’s symbolized by the radiant sun itself.

This solar connection is actually quite revealing regarding Leo personalities. In exchange for being a source of unequivocal light and warmth, Leos sometimes expect constant gratitude and groveling almost bordering on sycophantic worship.

Overall, Leo has to make its presence known. Similarly, this astrological sign must be sure that its absence is equally noticeable. When the sun sets, it leaves the world in darkness. Likewise, when Leo leaves a gathering, they tend to take the party with them. This is just how they operate.

From its central standpoint in the solar system, Leo sees everything with clarity; meanwhile, all the circling planets only see one face of the sun.

Thus, Leo’s deceit is rather unexpected, because they often lie by oversharing. It’s similar to how no one can see the sun due to how much light it gives off. By overloading the faculties and overstimulating the senses, Leos devise a presentation that seemingly leaves no room for extraneous details.

In turn, this tactic allows them to shroud their secrets in darkness by virtue of controlling where the light gets to shine. Their all-encompassing aura and domineering social presence only gets obstructed on seldom occasions, and these rare instances require a perfect interstellar alignment.

4. Leo Gets Eclipsed and Loses Credit for Accomplishments

Another way the Leo sign resembles its cosmic counterpart is its tendency to get overshadowed by lesser influences.

For all the recognition Leo seeks and earns, they are unspoken heroes when it really counts. If galactic forces line up just right, the sun’s enormous contributions can be obscured by much smaller influences. Not only does the moon block the sun out entirely now and then, it also reflects the star’s light and gets credit for brightening the night.

Overall, Leo has major blind spots, so their folly usually comes from unforeseen quarters. If anyone is going to be unsuspectingly defeated by the underdog, it’s going to be Leo as the ubiquitous reigning astrological champion.

5. The Leo Ego is Out of Control

Leo is frequently personified as a lion, and this characterization carries all the pitfalls of ferocious feline pride.

If a Leo isn’t careful, their ego will run rampant and take control of their entire life. In fact, the Leo sign’s facade of straightforward extroversion actually masks some incredibly complex and deep-seated psychological needs to be validated with attention-seeking antics.

Often times, this means everyone else simply becomes a pawn in the fulfillment of Leo’s grander narcissistic schemes. This astrological sign tends heavily towards self-obsession, which is likely a natural consequence of having so many admirers constantly in orbit.

No matter how many worshipers they gather, no one can ever compete with their biggest fan, because that person resides exclusively in the mirror and selfies.

In the end, Leo is a gloriously compelling self-conflicting paradox.

A lot of people may be acquainted with a Leo, but very few people will get to know them on a personal level. At their best, Leos are wonderfully charismatic social butterflies that spark joy in the lives of everyone they meet. They are brilliant creatures of complexity, and the aforementioned pitfalls mostly tend to surface when they fall out of sync with true nature.