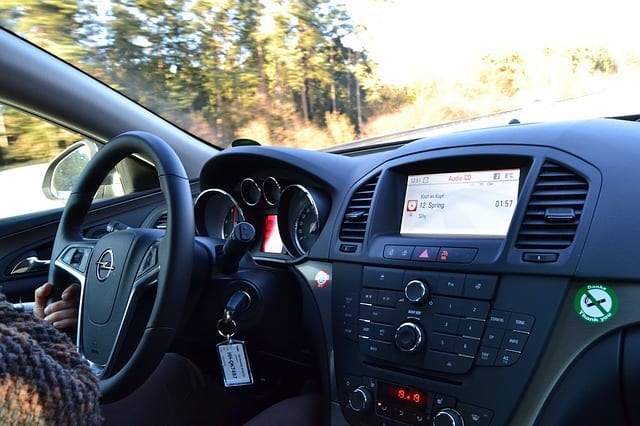 There aren’t too many things more enjoyable than driving away in a new car.

It doesn’t matter if it’s rolled straight off the production line or you’ve bought the vehicle second-hand; it’s new to you, and that’s all that matters. The first few weeks will be one of enjoyment as you get used to handling your new set of wheels.

But after that, the enjoyment will begin to taper off, and one reason for this will be that the car doesn’t really feel like new anymore. It just feels like any other old car. Let’s be real, parts of your car will certainly not be the same for example, even owning of the most reliable car model like Jeep Cherokee will still drag you to buy new replacement parts.

But what if there was a way to keep the magic of your car alive for longer?

Well, you can! There are plenty of ways to prevent that ‘stale’ feeling from settling in, as we’ll see below. Incorporate the advice into your car-owning duties, and your vehicle will feel like new even after you’ve been driving it for months, and years.

It all begins, of course, with the car that you buy in the first place.

Not all vehicles are created equal when it comes to longevity; some begin to show their age quicker than others, especially cars that have an unusual and eccentric design.

When it comes to used cars, you have to be extra careful.

You’re relying on the previous owner had taken good care of it. That’s a little bit hard to judge just by looking at the person, but take a look at the inside to check how clean it is, and make sure you take it for a long drive (and not just around suburban roads; you need to hit high speeds to see how it handles those highways).

Getting out the cleaning supplies isn’t the most exciting aspect of owning a car, sure, but it’s essential if you want to keep your vehicle in tip-top condition.

It’s sometimes easy to overlook those small spots of dirt and grime, but if they’re left unattended for too long and have an opportunity to build up, then you’ll eventually find that it’s reached a point where the vehicle can’t feel like new, no matter how hard you try.

Once it’s buried deep into the seats and floors, it’s game over. Make a habit of deep-cleaning your car inside and out every few weeks or so.

It requires a small amount of effort, but it’ll make a big difference.

We all love that “new car smell,” or maybe it’s better to say that we’re addicted to it.

It is pretty darn good. Alas, it lasts like what, a week or so? It’s unlikely that you’ll be able to detail your car to such an extent that that lovely smell returns, but that doesn’t mean you need to settle for a car that has a stale, “worn” feel to it.

The trick is to clean out the air conditioning filter so that the air that’s circulating around your vehicle is as fresh as possible.

Try as you might, you’d not going to be able to keep your car in tip-top condition.

There will be small, inconvenient aspects that are just part and parcel of car ownership. For example, the steering wheel might begin to feel a little less than pleasant.

The seats might have small imperfections, and once you’ve spent enough time sitting in the car, begin to feel a little uncomfortable. But while you’ll never be able to get these areas of your car back to pristine condition, you can cover them up, and make them feel like new.

It’s all about investing in a car seat and steering wheel covers.

You can add them, bask in the feeling of the newness, and then, when they begin to feel a little dated, simply replace them. You can do this again and again!

Your car is going to have an upper limit as to how long it’s able to stay on the roads.

This has less to do with “feeling new,” and more to do with…simply how many miles it can go before it conks out.

Once you’re reaching, say, three hundred thousand miles, you’re going to see that the end is nigh. However, at least here the solution is easier: make it a long time before you reach that high amount of mileage.

So take a look: are you able to walk, cycle, or take public transport?

Two of these options will get you fitter; all of them are better for the environment, and will also help you to save money on gas and parking.

There have been giant leaps forward when it comes to a car’s infotainment systems in recent years. Every time you get into a friend’s vehicle, you might look longingly at all the cool things they’re able to do just be using the touchscreen that’s right in front of their eyes.

For some people, this is enough to begin budgeting for a new car!

But don’t. It’s nearly always possible to upgrade your system for a new one, It might not be so cheap, but it’s much less expensive than buying a new set of wheels.

Once you’ve got it installed in your vehicle, you’ll feel like you’re driving a modern car around.

Work with the Experts

While you’ll be able to take care of what’s going on on the outside of your vehicle, the part that’s “under the hood” will be too complicated.

But because this plays such an important role when it comes to the car handling like new, it’s not something that you can afford to ignore.

Don’t wait for something to go wrong before you take it to the garage; while they’ll be able to keep things running, it might no longer feel “like new.” Instead, take it to a company like Telle Tire & Auto Centers for regular maintenance checks.

They’ll be able to take care of any small infrastructure problems that your vehicle has before they turn into big issues.

If you drive your vehicle for long enough, it’s going to get a scratch.

It’s simply a numbers game. You can’t drive your car forever without something going wrong, even it’s as small as a scratch. These things are easy to overlook, and just accept.

But let’s be real here: if your car has a couple of dents and scratches, it’s not going to feel like new, or anywhere close to it, no matter how sparkling the interior may be. So stay on top of any issues.

They’re affordable mistakes to rectify, and you’ll be keeping your vehicle in near perfect condition.

Learn how to Drive

It’s normal to be excited when you’re behind the wheel, especially if you’ve got a car that you just love to drive.

But it’s worth keeping in mind that your car isn’t a toy; if you run it ragged, then it’s going to break down faster.

If, however, you learn how to drive properly, you’ll be treating it with care that’ll keep it running like new. The main culprits when it comes to damaging driving are accelerating quickly and breaking too harshly.

Ease into it! Also, make sure you’re letting the car’s engine warm up before driving off, especially on cold mornings.

Keep it Off the Road

It’s highly unlikely that anything too damaging is going to happen to your car if you leave it out on the pavement for a night or two.

But again, it’s a numbers game. If it’s out there all the year round, then eventually you’ll encounter an issue, be it damage from a passing vehicle, fallen twigs, or whatever else.

If you’ve got a garage you can use, then keep your car there. You might even want to consider declaring it off the road during winter to save some money.

And Out of the Sun

You’ll also want to keep your vehicle out of the sun.

Nothing ages a car faster than direct sunlight! In this regard, cars are like humans. You can easily tell the difference between a car that has been sheltered from the sun in a place like car storage or garage.

Finally, how about giving the car handbook a read?

Now, this option really isn’t exciting, but there’s a reason why they take the time to write them in the first place: they’re useful! There isn’t a “one size fits all” approach to looking after cars.

Only the right approach for your vehicle, and it’ll all be contained within the guide.