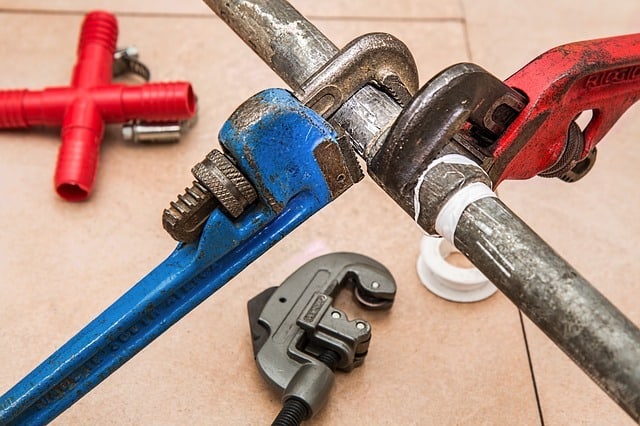 Older homes are charming and charismatic, oftentimes bringing the nostalgia of simpler times from long ago into your mind and heart. For young couples and first-time homebuyers, older homes are attractive because they cost considerably less than a newly constructed or recently remodeled property. But, before you take the plunge and buy an older home, understand that the properties may conceal problems beneath the fancy molding and walls. Some problems are minor fixes, but others threaten to destroy the home.

Older homes oftentimes use plumbing fixtures and other accessories that aren’t commonly used these days. This may pose trouble during repairs or updates since finding parts and pieces may be difficult or nearly impossible.

Some of the plumbing accessories found in older homes include the five listed below.

Homes built before the 1990s may contain piping no longer approved by US Building codes.

It’s one of the oldest metals used in plumbing. It was ideal long ago because it was durable and malleable. Things have changed and nowadays we know that lead is toxic and causes complaints such as memory loss, irritability, gastrointestinal pain, joint pain, and even fatigue.

Lead is now restricted for use, but this didn’t happen until 1986, leaving many homes at risk.

Galvanized: Galvanized Piping was used before the 1960s, most commonly in water lines.

Galvanized pipe is made from iron and is coated with zinc. Overtime the zine erodes and the pipe becomes susceptible to breaking and corrosion. Some galvanized pipes may last as long as 60 years, but most clog or rust well before this length of time passes.

Polybutylene: In the 1970s, this was hailed as the ‘pipe of the future,’ serving as a replacement for copper lines.

Its popularity exploded in the 1980s but soon thereafter, the manufactured faced a class-action lawsuit alleging their pipes were defective.

Oxidants in public water systems cause a chemical reaction with the plastic material, causing the material to crack. Homes constructed in the 1980s or early 1990s may use this piping material.

Ground movement affects pipes installed underneath homes and those buried or encased in the ground or concrete slab. If the pipe shifts downwards, this causes a negative slope known as a belly.

Most people don’t put a lot of thought into their sewer lines until problems such as foul smells of sewage seepage into the home occurs.

There is a good chance the previous owner(s) of the home you’ve bought fell into such a category. Sewer lines sed in older homes may lack the modern technology that many people are accustomed to these days.

They’re also incapable of handling modern appliances such as dishwashers and garbage disposals in some cases. This increases the risks that the sewer lines will fail.

Older homes often have faucets, pipes, supply lines, connections, and other fixtures that are at the end of their lifespan or well beyond it already.

Corrosion, wear and tear, broken components, and leaks are all common problems that result from outdated fixtures.

And while updating and fixing those broken pieces and leaks may seem unimportant, delaying the repair only increases the risks that you’ll endure thousands of dollars in water damage later down the road.

Older homes have likely endured their fair share of plumbing hassles and headaches over the years.

This means the home has also had numerous repairs over the years to correct the problems. If the repairs aren’t made by a professional plumber, there is a risk that the issues were not properly repaired.

Many people opt to DIY or hire a handyman to resolve plumbing issues since it costs much less to use either of those options. Although some plumbing mistakes made by inexperienced repairman (including DIY) are laughable, some mistakes have the potential to be dangerous.

Older homes have a unique charm that most modern homes do not, but they’re not without their fair share of concerns, particularly those surrounding the plumbing.

If the home that you’ve bought is more than 30 years old, there is some cause for concern. Schedule a plumbing inspection with a licensed plumbing contractor who will identify any concerns and potential problems within the home before they cause major damage.

Being proactive today wards off trouble (and major repair expense) tomorrow. It is a small price to pay to protect your older home and your investment.