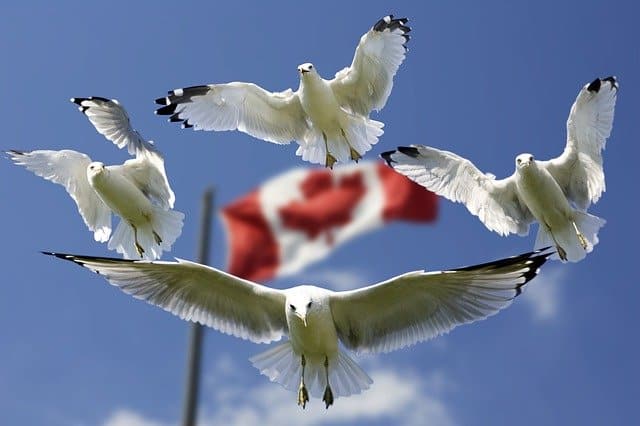 If you are relocating to Cambridge, you have chosen one of the world’s nicest places, with several advantages.

There are a variety of reasons to relocate to Cambridge, Ontario. You might come here for better work possibilities, to further your education at one of Canada’s premier colleges, or to experience a different way of life that includes a variety of outdoor recreational experiences.

Moving to a new city or area, on the other hand, comes with a variety of challenges and difficulties. As a result, you must be well-prepared to relieve some of the tension you will undoubtedly experience.

The Regional Municipality of Waterloo includes Cambridge, Ontario, a mid-sized city with a population of 140,000 (as of 2020). Cambridge is part of what is called the Tri-City in the Greater Toronto Area, along with Kitchener and Waterloo.

Cambridge is bounded by the Grand River and the Speed River, which merge at the city’s west end. Symbolizing both the city’s name and the many historic bridges that span Cambridge’s rivers, the city’s emblem incorporates a bridge.

Cambridge is situated approximately 30 minutes southeast of Kitchener and Waterloo, across the Grand River. Mississauga is less than an hour away along the 401. In addition to Guelph to the north and Brantford to the south, several smaller cities are within a 30-minute drive.

In January 1973, Cambridge was incorporated as a city. When Galt, Hespeler, Preston, Waterloo, and North Dumfries merged into one municipality, it became known as the City of Galt. The area’s history is a fascinating one.

William Dickson, a Scotsman, acquired a huge piece of property previously held by the Six Nations Indians in 1816 to build a community for his fellow lowland Scotsmen. The “old country” Scots arrived at Shade’s Mill, where they established a new community. It was named after John Galt, a Canada Company Commissioner, who arrived in 1827 and christened it Galt in his honor.

Preston was erected in 1805 on the property along the Speed River by Pennsylvanian John Erb. Cambridge Mills was the name he gave to his colony. It developed quickly throughout the 1830s. It was later renamed Preston in honor of William Scollick’s English birthplace when he explored the area in 1834.

New Hope, Pennsylvania, was first a hamlet called Bergeytown, then renamed New Hope by its Pennsylvanian immigrants. Hespeler erected a dike and redirected the river to power his gristmill, making him a well-known man in his community. Other businesses he started include a sawmill, a distillery, a woolen mill, and an ironworks company. Hespeler became a town in 1859.

Here are the factors you should consider if you are relocating to Cambridge, Ontario.

The average monthly earnings in Cambridge are $3,329, making the city’s $1,966 cost of living reasonable. The typical monthly rent for a one-bedroom apartment in Cambridge’s downtown area is $1,429. The monthly utility bill is roughly $125. Other expenses average $663, including market and transit prices and restaurants, sports, and leisure activities. If you are willing to live outside the city center, you will pay roughly $1,225 for a one-bedroom apartment.

Moving to Cambridge might be excellent news for those who want to obtain a good deal on their new home. Starting at around $180,000, there is a wide range of beautiful modern and historic residences you can find at Cambridge, Ontario Real Estate. Do your research and speak with a few different agents before making a decision. If you like to live close to the city, you have that option as well.

In Cambridge, there are a lot of primary and secondary schools, so you have many choices of where to send your children. Cambridge is also home to a theological college.

You will find plenty of opportunities for your kids to participate in activities that will encourage them to spend time outside at the Kids Country Club Respite in Cambridge.

In addition to the Montessori Instruction Center, MindChamps Preschool Center provides both physical and intellectual education to assist your child in preparing for a lifetime of study. There are three excellent preschools in Cambridge, so you have many options for a well-rounded start for your kid.

MS in Canada is a preferred choice among international students. Conestoga College Institute of Technology & Advanced Learning, Summit College, and the University of Waterloo are the top colleges and universities in Cambridge.

The town of Cambridge is situated in Ontario’s Waterloo Region. A train, bus, or car can get you there from Toronto in about an hour and a half.

Cambridge is accessible by bus (the Shuttle) or rail from Toronto Pearson Airport. Everything you could want on a train is available on this one. To travel about town, though, you will need a vehicle. You can buy a used car to cut costs.

In 1973, four sections were merged to become the city, with a mayor and eight counselors. The Waterloo Regional Council also has a seat at the table for the City of Cambridge. The city is responsible for transportation, community services, social services, and health care.

The Community of Cambridge

Cambridge places a high value on the development of a sustainable community. For this reason, the City’s objective is to ensure that today’s development does not hinder the community’s future.

Cambridge, Ontario, has a strong corporate environment, a vibrant arts and cultural community, a history of solid public-private collaborations, and a center for training future leaders.

When it comes to small-town charm and modernity, Cambridge has it all. Industry and business thrive in the city, and residents can enjoy an unrivaled quality of life.

If you are thinking of relocating, Cambridge is a wonderful place to call home. Living in a place like Cambridge is a dream come true for everyone who enjoys the outdoors and being surrounded by nature. Many industries, such as health care, education, manufacturing, and tourism provide plenty of employment opportunities.

If you wish to take a vacation, a large international airport is just 90 kilometers away, making the rest of the world seem much closer.