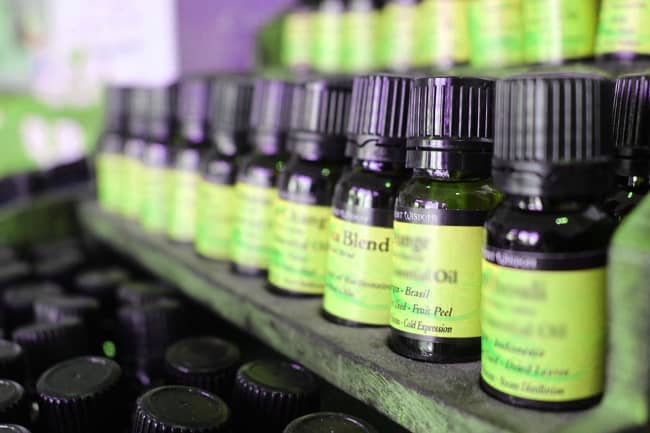 CBD oil or Cannabidiol, a by-product of the plant has non-toxicating properties that have proven medicinal effects. It is unlike another compound of the plant-tetrahydrocannabinol- which induces euphoric effect in the user.

Here are some CBD Oil Benefits:

“People suffering from chronic pain have found relief in CBD oil. Common conditions like arthritis and back pain are often treated with CBD oil as an alternative form of medicine” says Matt Hansel at Green the vote ok.

Although it is yet to be found why the oil has an instant relieving effect on the user suffering from any kind of pain, it is believed that Cannabidiol enhances the cell to cell communication, which is otherwise known as the endocannabinoid system of the body.

This process essentially reduces the sensation of pain in the body. Scientists have reported that CBD oil when applied topically has faster effects on pain rather than administered orally.

Unlike the common prescribed drugs for anxiety and depression, CBD oil is found to have no side effects. It is believed that the CBD has a positive interaction with serotonin receptors in the brain.

It is noteworthy that the chemical serotonin affects a person’s sense of happiness and sadness. In fact, keeping the chemical balance in the body is a key therapy for people suffering from mental disorders like depression.

Studies support the fact that CBD works without activating the brain’s endocannabinoid receptors directly, which eliminates the risk of the user getting habituated to it. The oil also reduces cravings of people with opioid use disorders.

Cancer and the treatment related to it can cause a lot of side effects which may include loss of appetite, pain, nausea, and more.

In fact, it has been found to alleviate one’s appetite. CBD also relieves the patient from pain due to inflammation, nerve injury during chemotherapy or pressure on internal organs.

The oil is said to have direct benefits of reducing inflammation. Although CBD oil is associated with reducing nausea during the treatment of Cancer, the effects of low doses of THC are more prominent.

The oil has proven positive effects on the skin. The anti-inflammatory properties of CBD oil reduce the inflammation caused by acne.It keeps the acne-prone skin calm and is also said to reduce the production of excessive sebum in the body.

It is also said to have antioxidant properties that reduces the age of the skin and eliminates wrinkles and fine lines, thus making the user look younger. It is soothing for the skin and therefore reduces the stress on the same caused by various environmental stressors. This can prevent skin breakouts and also maintain even skin tone.

CBD’s anti-inflammatory and antioxidative properties are said to reduce the risk of heart diseases like high blood pressure. It may also reduce the probability of stroke. The main reason for blood pressure is stress, but some researchers suggest that CBD can lessen that spike and reduce the possibilities of heart conditions. CBD can prevent damage of the brain in stroke patients.

CBD also increases the blood flow to the brain during a stroke. It also enhances brain function. It is also useful in lowering blood pressure and heart rate under stress.

Any side effects of CBD Oil?

“Researches have proved that CBD oil may trigger a few side effects, which may include anxiety, dizziness, drowsiness, dry mouth, nausea, vomiting, mood swings, changes in appetite, diarrhea and more.” Ivan at Thecannabisradar says.

There are also concerns regarding the functioning of the liver as usage of CBD oil may enhance the production of liver enzymes, which may induce damage or inflammation.

It is yet to be ascertained if CBD has any effect on pregnant or breastfeeding mothers.

It is, therefore, recommended to avoid using them. It is safe to take orally, but the results may vary in case of children. It is best to take the oil under supervision and maintain low dosage since it may worsen the condition of people suffering from Parkinson’s disease. Some early research suggests that taking high doses of cannabidiol might make muscle movement and tremors worse in the people suffering from the disease.

Apply it to skin with caution since the benefits of CBD are yet to be proved by scientific research. Ensure that you are not allergic to any of its components. It is always recommended to do a patch test under the arm before using the product regularly.

The benefits of CBD oil is much debated in the medical circuits. Use the oil under medical supervision or only if prescribed by the doctor. It may be prescribed for children above 2 years of age or older. However, there are reports of these being used in children less than 1 year too.