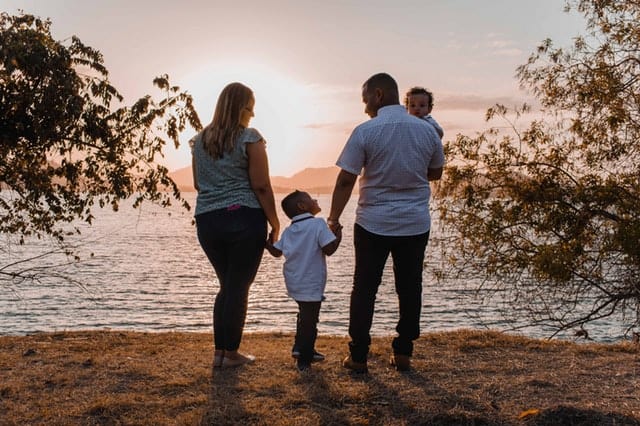 The ability to resolve conflicts when they arise is a skill that is essential for both adults and children. For adults, it is easier to put themselves together when their behaviour gets out of control. Children, on the other hand, need to be taught.

Today, one of the most common problems that young adults and children face involves conflict and correct behaviour. Forgiveness is an essential facet of conflict resolution. This is why parents need to train their children properly whenever forgiveness is concerned. But why is this important?

A study done in 2017 showed that retaliation is the first response in mind when children have been hurt or offended. However naive and innocent this might be, children are merely sending warning shots to those seeking to harm them in the future. However, vengeance comes at a high cost.

On the other hand, appropriately resolving conflict has many positives. If you are looking to teach your child about this matter, consider the following tips on educating your young ones about forgiveness.

Importance of Forgiving Another Person

Forgiving someone alleviates feelings of anger and replaces them with empathy, understanding, and compassion. It doesn’t mean that you forget what has been done to you. But it merely affords you important peace to help you move on with your life.

So, how can you effectively teach your children to have a forgiving heart?

Children learn through observation, imitating behaviour around listening to people around them. Scientists have described this phenomenon as observation learning. For this reason, it would be in your best interest to demonstrate forgiveness values for your child.

So, telling children, ‘Do as I say, not as I do’ will only lead them to do both actions. Furthermore, those behaviours they decide to act upon depends on how much reinforcement has been placed on the action.

So, it would be best to lead by example. Besides, the apple never falls far from the tree.

It is normal for siblings to fight all the time. However, this presents a prime opportunity to train your children early on how to handle conflict. Here your child will learn reconciliation, which is an essential facet of forgiveness.

Growing up, children go through a series of hormonal ups and downs. Some of these emotions will lead them into actions that might not sit well with you. However, this is an opportunity for you to support them.

Refrain from using judgemental language that might only provoke more anger and withdrawal from them. Consider using this approach for many instances, including their schoolwork.

For instance, it is normal for college students to feel too overwhelmed to write assignments about forgiveness.

However, it would be great to consider writing such essay with professors or parents. If the essay topic is forgiveness is nobler than revenge, your help save them time while increasing their odds of scoring a high grade as well as learn something new about humans relationships.

It takes humility to be able to put other’s needs in front of yours and serve. In the same light, it also takes humility to forgive. So, by building a spirit of humility, you cultivate empathy, respect, and forgiveness in them. Take them to a shelter home or have them volunteer for work.

Kids may not always learn forgiveness by themselves, but with your help, they will. Not only is forgiveness nobler than revenge, but it gives peace in life and relationships. Your children must learn the power of realizing the heavy burden of anger and vengeance.