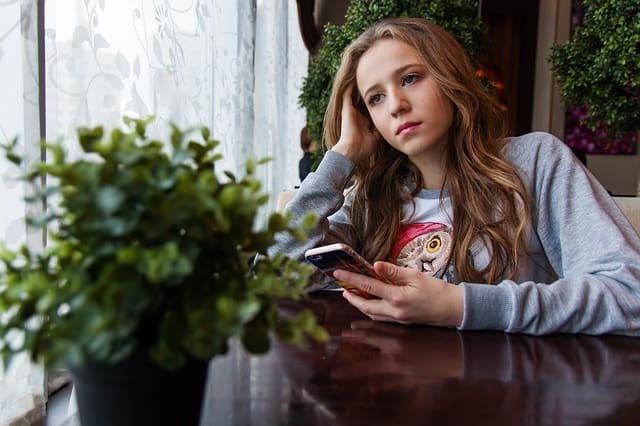 Being a parent is a full-time job, and it doesn’t matter how old your kids get, there are always new problems and responsibilities for moms and dads to take into account. When your children are little, crying constantly and almost unable to do anything alone, you might wish for the day when they’re older and more independent.

But when they get older, all kinds of new issues arise.

One of those issues is sexting. Statistics and reports show that more and more teens are sexting, which means to send and receive sexually explicit messages and content with one another, and the potential risks of sexting are high. It’s only natural, therefore, that many parents are worried about sexting and unsure how to deal with it.

This guide will offer some helpful information for concerned moms and dads.

What Exactly Is Sexting?

If we take a look in the dictionary, we see that sexting is defined as the sending of sexually explicit materials via a cell phone. In reality, with so many gadgets and devices available to teens nowadays, the definition should be expanded to include e-mail, instant messenger chat rooms, and social media as well.

The term was created by blending together the words ‘sex’ and ‘text’, and sexting can take place between adults, as well as minors.

It can be perfectly legal when taking place between consenting adults, but when it comes to minors, the law is strict and many people, including minors themselves, have been punished to the full extent of the law for sharing, viewing, and creating sexually explicit materials.

Statistics show that sexting is prevalent among teens. Around 40% of American teens admit to posting and sending sexually explicit messages, with close to 20% of teen boys and girls admitting to sharing sexual images and videos with one another too.

When we look closer at the statistics, we can find some harrowing reading. 15% of teens admit to sending nude or semi-nude images of themselves to people online they’ve never even met in person, while over 60% of teens who have participated in sexting admit to doing it because they felt forced or pressured in some way.

Clearly, sexting among teens is a serious problem that must be taken seriously.

Not only is it illegal, but it’s also immensely risky and could lead to lifelong negative effects on those who participate. See below to learn more about the risks.

The Risks Of Sexting

Here are just some of the many risks associated with sexting. These risks are especially important for teens to take into account, but many can apply to adults who partake in sexting too:

What Can You Do?

Upon hearing about the risks and dangers of sexting, many parents want to take action but are unsure where to start. Teenagers are naturally curious and inquisitive about their sexuality, and it can be impossible to stop them doing something entirely, but there are steps you can take to at least talk to your teens and encourage them to avoid sexting.

Sexting is a serious issue among modern youth, and with smartphones and tablets in almost every teen pocket, it’s not one that’s going to simply disappear anytime soon.

However, by knowing more about it, communicating with your children, and educating them on the real risks they face, you may be able to prevent it from affecting the lives of your kids.