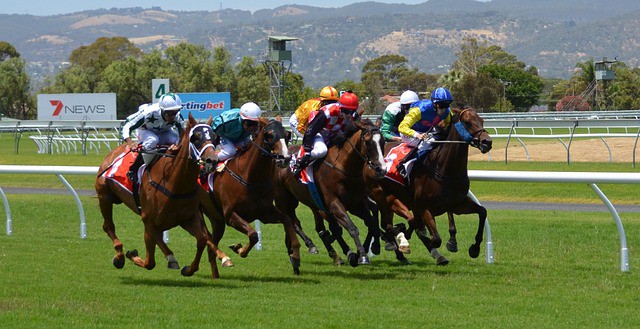 The Goodwood Festival⁠ — affectionately known by the racing public as ‘Glorious Goodwood’ ⁠— is over for another year, but before the dust settles on the picturesque, rolling West Sussex countryside following a fantastic week of flat racing and our attention quickly turns to the York Ebor Festival later this month, there is still a lot to dissect and look back on from the five-day meeting.

So, without wasting anymore of your time, let’s take a look at some of the major talking points from the thrilling action at the 2022 renewal of Glorious Goodwood. Read on to find out more.

Last year’s performance at Goodwood was always going to be tough to replicate for Godolphin’s Charlie Appleby and William Buick, but the esteemed Moulton Paddocks duo gave it a good go — retaining their leading trainer and top jockey crowns despite not even showing up for the fifth and final day.

Buick, who enjoyed seven wins last season, couldn’t match that impressive tally again this year, but six-winning rides is a feat certainly not to be sniffed at. For Appleby, five wins and three seconds were enough to see him take home the leading trainer accolade. Is it any wonder this pair are often so fancied in the online sports betting?

Kyprios wins the Goodwood Cup, but Stradivarius steals the headlines

Not often is a horse that wins a race as famed as the Goodwood Cup overshadowed by second in the media frenzy afterwards, but when you’re a legend like Stradivarius, it’s not uncommon to garner all the attention.

Kyprios has dominated the British Champions Series’ Long Distance division this season, adding to his Ascot Gold Cup at Goodwood, but Strad’s performance was admirable in second and his owner, Bjorn Neilsen, has since confirmed that the fan favourite won’t be retired yet — with the Lonsdale Cup in their sights.

Another record tumbled by Hollie Doyle

It seems that Hollie Doyle seems to make a new piece of history every month, and that was no different at Goodwood as she became the first female jockey to win a Group 1 race at the prestigious festival — scooping the Nassua Stakes, day three’s feature race.

Back in the saddle of Nashwa, the horse she became the first woman to win a French Classic atop in the Prix de Diane last month, Doyle guided the John and Thady Gosden-trained horse to glory in the Fillies & Mares contest — winning by almost two lengths clear of Aristia.

The comparisons drawn between the great Frankel and the world’s current number one ranked racehorse Baaeed have left fans of the flat divided this season, with the vast majority agreeing that the William Haggas-trained horse isn’t quite up to the standard of his pre-successor.

But what you can’t deny is the fact that Baaeed is closing in on replicating Frankel’s fantastic 2012 season, when he won the Lonkinge, Queen Anne, Sussex Stakes, Juddmonte International and Champion Stakes. With a win in the Sussex at Goodwood, three of those races are ticked off and you wouldn’t back against Baaeed winning the remaining two.