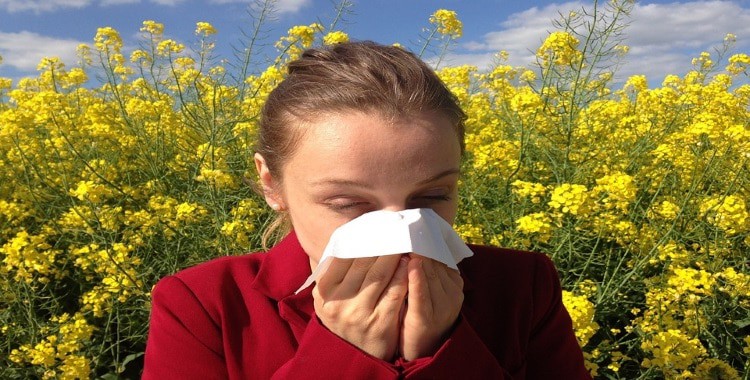 As the seasons change, you might be beginning to notice the old signs of allergies reoccurring. Have you ever wondered why some people suffer from allergies? What is the science behind allergies? Well, this guide is here to answer all of your questions.

What is an Allergy?

Some pollens and foods more closely resemble toxins on a molecular level.

This explains why some substances cause allergies while others do not, but this does not answer all the questions you likely have about allergies. For example, have you wondered why some people could touch pollen or eat peanuts without any reaction while it causes others to go into a hyper-survival mode?

Why Do Some People Suffer Allergies?

Scientists have not agreed on one exact reason why some people suffer allergies while others do not.

Researchers found that if one identical twin had a peanut allergy, then there was a 64% chance that the other twin would also have the allergy. This connection is not as strong in fraternal twins or siblings. Scientists also believe that your environment and exposure to potential allergens also play a part in developing allergies.

There is no conclusive scientific evidence to explain the exact reasons why some people suffer allergies while others do not.

How do Allergy Medicines Work?

There are three main kinds of allergy medications:

While none of these solutions will ‘cure’ your allergies, they can help to lessen or eliminate the symptoms.

Antihistamines work by blocking the immune response that triggers the production of histamines, the chemicals that cause allergic symptoms. Antihistamines are most commonly taken in pill form; however, you can also find eye allergy itch relief which helps you more directly target symptoms. Some forms of antihistamines require a prescription, while others can be purchased over the counter.

The corticosteroids in a nasal spray relieve the congestion in your nose; they achieve this effect by reducing the swelling that occurs in the nasal passage.

This medication can be used as a prevention; some people take it before high pollen season to help them manage their symptoms. It can be taken in conjunction with antihistamines to help reduce symptoms.

You are advised to avoid taking a decongestant nasal spray for more than four days in a row, as doing so might result in you developing a dependency on the medication.

Decongestants operate by shrinking the blood vessels and tissues inside the nose, which makes it easier for air to flow through the nose.

These medications are available over the counter and are most effective when taken alongside an antihistamine.