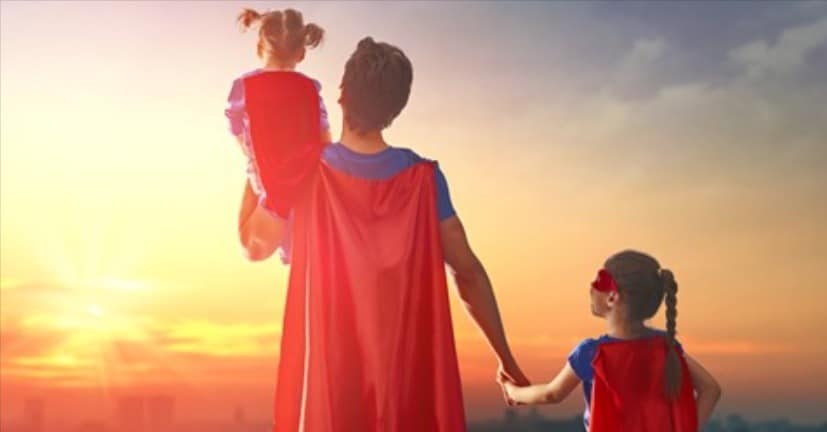 Fatherhood isn’t exactly intuitive. As a new father, you share many of the same responsibilities as your wife, but society has not defined your role as clearly. In fact, your only point of reference may be your own father.

You’re not alone. Apart from DVDs of 1950s feel-good TV sitcoms like Leave it to Beaver, where the patient Ward Cleaver offers sage advice to his naïve son to sort out the messes Theodore (the Beaver) gets himself in, most American men have few social cues about the responsibilities of fatherhood.

You already know good fathers are supposed to be encouraging, engaging, supportive, and loving, but it’s not always easy to display all these sterling qualities because you have to spend a considerable amount of time “making it” in the world.

Here are four tips for becoming “the best Dad ever” despite your busy work schedule.

One of the roles a good father plays is to teach values such as behaving responsibly online on social media platforms, treating everyone equally, being friendly with other kids in the neighborhood as friends, and so on.

Since social distancing norms reduce the spread of COVID-19, it’s a little difficult to invite the neighbors over for a barbeque to get to know each other better. However, you can still model neighborliness to your child online, through social media apps like NextDoor.

The app allows you to virtually meet your neighbors and to interact with people by posting polls, asking questions in the chat, buying and selling stuff, asking for recommendations, and even organizing community events, such as a fund-raising drive for neighbors who are experiencing personal losses or financial setbacks because of the pandemic.

You can feel comfortable on this social media platform because the app has many safeguards in place to ensure a welcoming virtual space, including Nextdoor guidelines on preventing racial profiling.

For cultural reasons, role modeling plays a big role in fathering. Instead of talking about things that you think will improve your child’s happiness and well-being, teach by example. In other words, model the behavior that you would like your children to adopt.

If, say, you want your children to watch less television and take an interest in adopting a sport or learning a musical instrument, then you must also spend less time yourself on sedentary entertainment and more time on some athletic pursuit or musical interest. Lectures on what your children should do to flourish in life won’t make much of a difference on your children if you don’t set an example.

Make time to encourage your children’s interests. If, for instance, your children love to read, then make it easier for them to access more books. Get them a library card. Sign them up for a book subscription service.

The famous physicist, Richard Feynman, often talked about how his father taught him how to take pleasure in finding things out. His father was constantly asking interesting questions about the world around him, and he was thrilled when his son decided to major in Physics, the study of the nature of physical reality.

One way to help your children to discover their own interests is by encouraging them to play. According to one pediatrician study, play serves a critical role in cognitive, emotional, physical, and social development.

Besides buying your children toys and games, you might even want to add a playroom to your home. A bonus is that you can teach your children how to be organized, too, by teaching them how to put away things in their playroom after they are done for the day.

In sum, as a father, you’re both your children’s teacher about the ways of the world and their best friend, helping them discover their own interests. These are roles that you can fill even if you often have to work overtime at your full-time job.