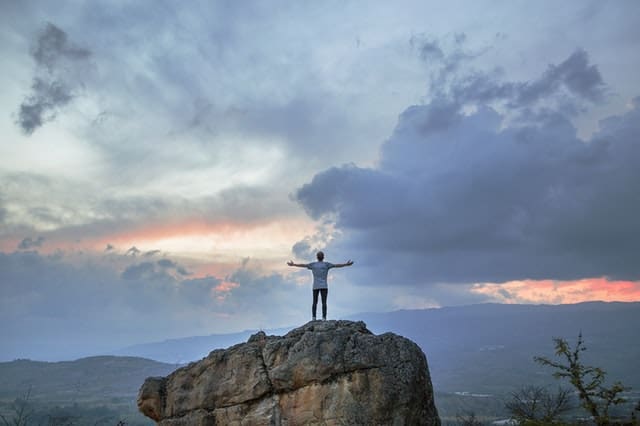 To say it’s a “New Year, New Me” is something of a cliche, but it’s not as if cliches are without merit. There’s a reason why they become cliches in the first place. While the calendar may be an arbitrary distinction that we humans created, the beginning of January does present a good opportunity to look at our lives and make improvements. While you can’t expect things to get better overnight, you can plant seeds that will develop into something positive, and, hopefully, over a period of time they will grow and develop into something beautiful.

There are, of course, improvements you can make that are bigger and better than others.

In this blog, we’re going to take a look at ten of the best areas to focus on. If you got started on improving all of the aspects that we list below, then you could well be a happier and more fulfilled person by the time 2022 rolls around.

Many people’s aspirations had to be put on pause during 2020, for reasons that you’ll be well aware of.

While the initial plans we had were put on hold, throughout the course of the year, when it became increasingly clear that the “pause” would be longer than we thought, those plans were scrapped entirely. While the coronavirus pandemic may still be with us, we can’t go on living with a small mindset forever. Now that January has rolled around, spend some time thinking big again. Are there dreams that you could get working on?

What’s the best possible thing you could hope for in the forthcoming year? Thinking about these things will help to create goals.

It’s not always tempting to get up off the couch and work out, but there’s a reason why so many people do it. Yes, it’s good for your health, and that’ll have long-term benefits, but there are other reasons too.

For one, it’ll help to give you much more energy, and that’ll have a positive ripple effect on other areas of your life since you’ll have the strength to make other positive changes.

It can also have a tremendously positive impact on your mental health since working up a sweat helps to release anxiety and can give your happiness a big nudge in the right direction.

You can’t have everything in life. If you want to be at your best, then it’s important to develop some discipline when it comes to your bad habits.

We all have them! And while it might feel like you need them in your life, that could just be a warped way of thinking. Sometimes, our bad habits become clouds that prevent us from seeing the sunshine in our lives. You’ll know what habits you need to get rid of.

It could be that you’re drinking too much alcohol, smoking cigarettes, or spending too much time mindlessly browsing the internet or social media sites.

Cultivate the presence of mind needed to put them behind you, and you’ll find that you’ve elevated yourself to a higher plane.

Doing What You Love

For some people, happiness is not an emotion — it’s an action. If you’re doing something that makes you happy, then you’ll be much more likely to, well, feel happy. While you should work on incorporating positive hobbies and interests into your life, perhaps the biggest change you can make is to look at your career.

A couple of enjoyable hobbies won’t make up for forty hours of doing something that you don’t like each week. It can require a lot of effort to switch careers and become happier with your work, but it is possible — there are plenty of people out there who have done just that.

Also, there’ll be support and guidance that can help you along the way.

Work On Your Relationships

We can become a little bit selfish when it comes to improving our lives.

And that’s absolutely fine: you should be your first priority. But there are always going to be other people in your life, and you’re going to have an impact on their lives. Interpersonal relationships could be the most challenging of life, and with good reason. You can work out what’s going on in your head, but you can’t know what’s going on in someone else’s head.

All you can do is communicate. This isn’t always comfortable, but it’s an essential part of developing a relationship with another person that lasts the distance.

Everyone goes through the rental process when they’re younger, but there comes a time when people become tired of paying rent to somebody else. The only problem is that becoming a homeowner can be extremely difficult.

You will already know the benefits of having your own place, but getting there? Not quite so straightforward. It is not, however, impossible. Even if you have previous money troubles, there are options, such as an FHA loan, that can help you get a place; you can use this FHA calculator to determine how much you’ll need for a down payment.

It’s a long-term ambition that may not be realized by the end of this year, but if you get started now, then you’ll eventually get there.

We’ve talked about careers, homes, and relationships, all of which are “the big things in life.”

But big improvements can come in smaller packages, too. For example, let’s think about your style and grooming. This isn’t something that should be considered the most important aspect of life, but neither is it nothing.

Look at working on your wardrobe and self-grooming, and you’ll notice subtle improvements that help in myriad ways, including giving your confidence a boost when you’re out on the town, and there’s denying that it can impact your self-perception, too.

Work On Your Flaws

It’s not comfortable to investigate the negative aspects of your life. You’d much rather celebrate all that’s good about you! But the fact is that we all have flaws.

You wouldn’t be human if you didn’t. There’s a difference between a flaw that needs work and the inner-critic, however. Don’t pay too much attention to your inner critic; take what you can get from it, and then leave the rest behind. The key flaws won’t be likely to present themselves anywhere near as concisely as that inner voice can — you may not even be aware that they’re there.

Only through self-reflection can you liberate yourself from the things that are holding you back.

…But Let Go Of Mistakes

It’s worth saying that working on your flaws involves looking at the aspects of your life that could have a detrimental impact on your future.

Everyone’s got mistakes in their past, and you’ve already worked on them, then don’t beat yourself up. It doesn’t matter where you’ve come from; what matters is where you’re going. There’ll be nothing in your past that should keep you up at night.

Challenges and Facing the Fear

Finally, could this be the year when you push forward and face the fear? It’s all too easy to stay in the comfort zone. Everything outside of that space can look scary, after all. But there’s real value in pushing forward and doing something that’s both scary and valuable.

What have you got to lose?

In a few years, you won’t regret having given it a go — but you might regret that you didn’t have the bravery to push things through when it could have made a difference.