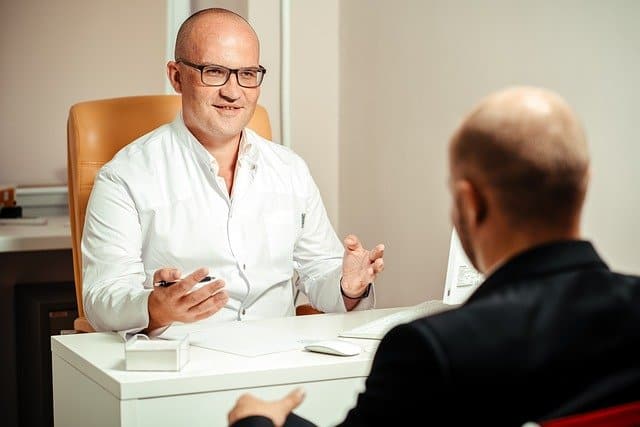 Over the years, I’ve gone to psychologists many times with a few practitioners. However, I’ve never been to a psychiatrist. So I started wondering about the differences and when should I see a psychiatrist or psychologist?

Here’s what I learned:

See a psychologist for mental health issues such as emotional trauma or childhood neglect. See a psychiatrist if there are physical and mental issues combined, and where medication may be required to treat the condition.

But that’s just a quick description and not a complete answer.

After all, there are a million reasons someone might need to seek out mental health options, and there are a lot of pros and cons of both traditional psychotherapy, and psychiatry.

So let’s get into all the details. And for an even more detailed look at psychiatry, head on over to BetterHelp.

What’s the difference between a psychologist and a psychiatrist?

So essentially in many cases, psychiatrists have many more years of experience and training.

That being said, it is very much the case that some psychologists obtain a doctorate degree and are also doctors, although they do not attend med school.

You’ll know if a psychologist is a doctor if you see the Ph.D. next to their name and possible other titles or designations.

But as I mentioned, even with a Ph.D., a psychologist will never be able to write prescriptions.

They may make nutritional suggestions, and can most certainly refer you to a doctor who can write prescriptions, but don’t expect a therapist to prescribe drugs.

Which is better psychologist or psychiatrist?

So both are great and serve valuable purposes under different conditions.

Personally, I have only ever seen a psychologist. But I don’t suffer from depression or other serious conditions where the possibility of medication is present.

For a young man entering his 20’s and is developing manic thoughts, suicidal thoughts, or other possible signs of bipolar disorder or schizophrenia, without question, the psychiatrist is the appropriate choice to get treatment for bipolar.

But for a couple looking to navigate the aftermath of an affair, or someone middle-aged trying to come to terms with childhood abuse or neglect, the psychologist might be the better choice.

But ultimately, it’s also about finding the right practitioner for you and your personality. You want someone that connects with you and that you are comfortable talking with. The title won’t be important if you don’t find the right person.

Is a psychologist a doctor?

A psychologist can obtain a Ph.D. doctorate degree as part of their training. But psychologists do not attend medical school, cannot write prescriptions, and are not considered doctors.

So, of course, a Ph.D. does mean they are able to use the title of Doctor. That’s no different than the English professor with a Ph.D. But again, that’s just not the same as a doctor who attended med school and who practices medicine.

Ultimately, that’s where psychiatrists come in.

They have a lot of the mental health training that psychologists get. But they also went to med school, have the physical knowledge of the body, and can write prescriptions if needed.

Ultimately any help is better than no help.

And hopefully, too the shame and stigma of seeking mental health treatments that patients faced in decades past is gone.

We looked at the pros and cons of both, as well as when it might make sense to see one over the other.