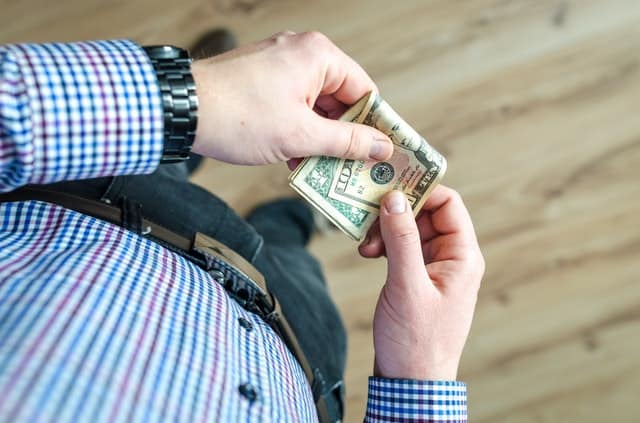 For any Canadian looking for tax-efficient ways to build their nest egg, an RRSP (Registered Retirement Savings Plan) is a popular tool. Now, the primary purpose of RRSPs is to help people save for their retirement. And usually, you would not touch this fund until retirement.

However, there are situations where it becomes almost necessary to take out portions or completely cash in the RRSPs. As such, you might plan to buy a house, go back to school, or simply tide over a phase of income volatility.

So, what are some of the valid reasons for you to consider withdrawing money from your RRSP? This page has your answers!

1. Utilize The Homebuyers’ Plans To Turn Into A Homeowner

When the aim is to enter the real estate arena but are finding it hard to save for down payments, the much-needed financial boost can come from homebuyers’ plan.

This plan lets you withdraw a certain amount from the RRSP for building or buying a home if you’re a first-time homebuyer (never owned a home in the four years following up to the current purchase). The withdrawn amount remains repayable over a particular period, and the repayments are made as RRSP contributions. The contribution remains designated as the repayment on the tax returns. The amount turns into an income inclusion if the repayments aren’t made.

This is an ideal plan for people who find it hard to down lump-sum amounts for their down payments. As such, there are many individuals with a sizable income but not enough saved money. Thus, they might offer major RRSP contributions for at least two years before the purchase. They will receive the deductions for their contributions before using the home buyers’ plan withdrawals.

So, if your yearly income is already near the lowest income tax bracket, making the RRSP contribution will push it below that bracket. In that case, getting an RRSP for tax benefits would not make much sense as deductions and income are closely linked. Being in the lowest income tax bracket will get you a small deduction for the RRSP contribution.

2. When The Aim Is To Go Back To School Using The RRSP Funds

An LLP (lifelong learning plan) comes in handy when you are planning to switch careers or gain new skills for better job prospects. It also lets you withdraw the amount from the RRSP for funding all the educational costs.

In this case, you get to withdraw a sum of $10,000 every year. The idea is the same as a homebuyers’ plan, but you will have to repay the funds in ten years to avoid income inclusions. It is the option you choose when you want to enhance your skills and change your job, but the idea of enrolling in an institution feels too daunting.

Theoretically, you can withdraw a sum of $10,000 every year for two years. Also, if the LLP is one of the options you’re considering, determining if a taxable withdrawal makes sense is also important.

3. Early Withdrawals From RRSP In The Face Of Income Volatility

Though the LLP and HBP are the official plans that let you access the amount tax-free from the RRSP, some situations merit early withdrawals.

For instance, you might be working for a pretty long time and feel the time is right for a sabbatical. In this case, you might need to withdraw from the RRSP to contribute to a tax-free savings account. You might want to start going to school again and need the money for tuition.

Though the withdrawal remains completely taxable, you will get the advantage of low effective tax rates since you have no income for the year you took out the money. You need to ensure all sources of income are considered while making the decision, such that the taxes can be estimated accurately on your RRSP withdrawal.

A similar plan also works for anyone facing significant income volatility. For instance, you make a major RRSP contribution in the year you have a higher income. The immediate next year, your income plummets. Now, it would be a good idea to take the money from RRSPs to tax-free savings accounts without paying high taxes. You can make a contribution again if the following year gets you a higher income than before.

4. Drawing Down The RRSPs In The Face Of OAS Clawbacks

There are instances where it makes complete sense to let your RRSPs be income-smoothing tools in retirement. For instance, your income takes a major dip when you retire at sixty. However, five years into your retirement, you will get a CPP (Canadian Pension Plan), OAS, company pensions, and some money from the RRSPs.

If all of it adds up, the income goes beyond the Old Age Security (OAS) Clawback threshold. Thus, the total amount will now be subjected to a fifteen percent tax every year, which is basically an additional income tax.

You will save a considerable amount as taxes this way as the amount paid when you have stable income goes lower than what happens when the income is volatile. In many cases, you might need to withdraw most of the RRSP funds before collecting CPP and OAS.

As you can see, there are several instances in which taking money out of the RRSPs makes more sense than having it stay there. So, if you are facing any of these situations, there is no reason to hesitate before cashing out the fund.