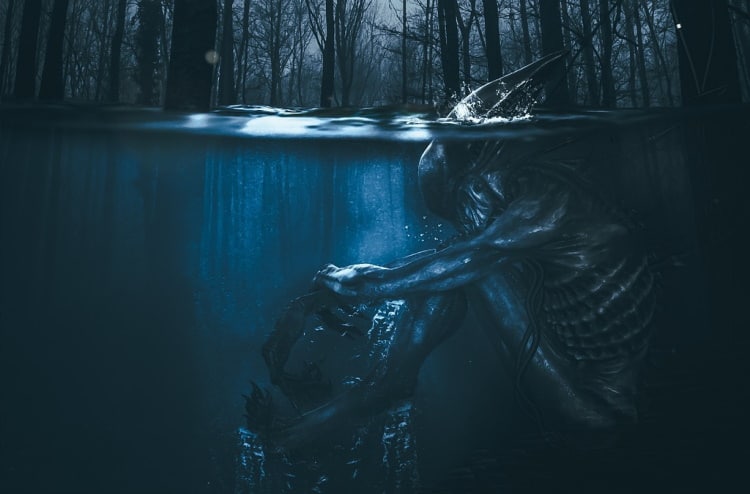 The Alien Movies and the Underworld films introduced fans to a world of fascinating and powerful creatures. The Xenomorphs in the Alien movies are powerful and formidable, and the same can be said about the Lycans in Underworld.

But these two creatures have their weakness. So, have you ever wondered who would win if the two were pitted against each other? Who’s your money on? Let’s find out these and make sure to check out all the underworld movies in order from first to last

Lycans possess super speed, agility, reflexes, and endurance. They have these abilities even in human form, so they don’t need to turn to use them, as seen in the Underworld movie.

The Lycan’s speed and agility are inhuman and can catch crossbows shot at them, catch bolts in midair and jump extremely high.

Lycans have superhuman senses of sight, strength, and hearing, and the powers are enhanced when in werewolf form.

The Lycan in the Underworld movie series can break down concrete walls. It can also use its claws and strength to climb walls easily and even crawl along at extreme speeds.

Another exceptional ability the Lycan possess is landing on both feet when falling from great heights.

The unique ability the Lycans possess is turning at will. This means that if they sense the battle is getting too intense, they can shift at will, heightening all their senses.

Besides their heightened physical resilience, they have astonishing regenerative abilities when harmed or wounded. The only downfall is they don’t recover as faster when shot with silver bullets, but this doesn’t apply to older Lycans who can push it out with their muscle strength.

The creature known as the Xenomorph is an alien from the extraterrestrial race of endo parasitoids that serve as the antagonist in the Alien movie franchise. The film comprises Alien, Aliens, Alien 3, Alien: Resurrection, and Alien Covenant.

The Xenomorphs have an array of powers and abilities and are:

These alien creatures are known for their super strength. In the movies, Xenomorphs breakthrough metal vent covers and welded steel with little effort. The alien creatures can also break down pressurized doors, but they possess something, or should we say, a body part that gives them an edge.

They have talons that can tear apart humans in one strike and jaws that produce immense bite strength of about 6,000 psi.

Xenomorphs can speed up at super speeds, and in the movie, they dodge bullets at point-blank range and even blasts from a plasma caster.

Extreme temperature doesn’t seem to have any effect on the Xenomorph’s abilities. They can withstand temperatures that can kill a human being in an instant. However, direct fire is their weakness.

The blood in these creatures is concentrated molecular acid and can corrode anything on contact. The blood is pressurized inside the body, which acts as a defense mechanism because it spurts out when the alien gets wounded.

Xenomorphs scale perimeter walls with ease in the Alien movie franchise because of their tough talons.

The Xenomorph possesses a semi-dexterous tail to grab prey or even use it as a spear. Their primary weapon is the inner pharyngeal jaw that can shoot from the mouth at extreme speed and power to decimate any material.

Who Would Win in a Battle? Xenomorphs or Lycans

In straight hand-to-hand combat, Xenomorphs are more superior to Lycans and can easily kill them. Xenomorphs are stronger, faster, and possess better defences than the Lycans.

If a Lycan uses its powerful claws to injure the Xenomorphs, the acid blood will spurt out and cripple them or kill them.

Their tail also acts as a spear that can make quick work of a Lycan. The tail possesses great strength to impale even a turned Lycan.

However, the one thing that gives the Lycans an edge is that they are smart, can heal at great rates, and can use weapons. They are balanced at high speed, so even if they injure a Xenomorph, they can easily evade the acid blood.

Also, the setting where the battle takes place can give the Lycan an edge. A Lycan’s weakness is any material that has silver, but Xenomorphs are extremely vulnerable to high heat and fire. With Lycans having better animal instincts even than wolves, Xenomorphs lack even the basics. This means that a Lycan can use fire or other weapons to kill a Xenomorph.

In straight hand-to-hand combat, a Lycan wouldn’t stand a chance against the faster, stronger Xenomorph. But in a setting where basic animal instincts are required, the Lycan has the edge over the Xenomorph.

Who do you think would win?