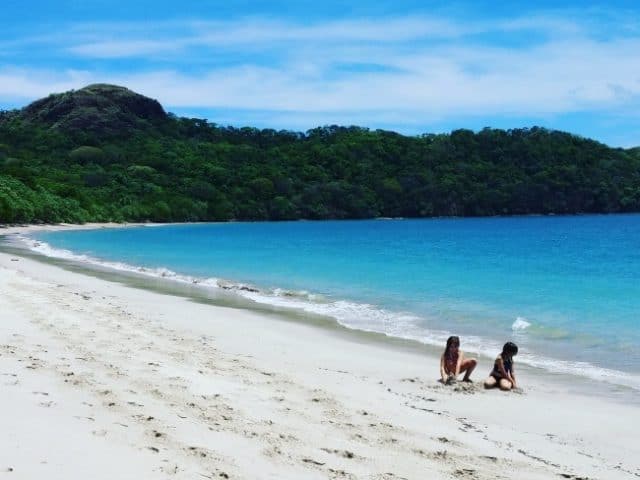 Planning a vacation is an important part of your journey. If you don’t take time to carefully research your destination before going on the trip, you might find dozens of unpleasant surprises. So how do you choose the right place?

If you feel comfortable about travelling in the world, you should still make proper planning. Even the most confident travellers experience issues when flying abroad. You’ll find proof of that in the numerous travel reviews left by consumers on review websites like PissedConsumer.com. In fact, it might be a good idea to check what people say about a particular destination.

Now the ideal vacation destinations are those which are safe and packed with tons of things to do. Here are three things you should keep in mind when choosing your best destination:

To narrow down your search for the best place to visit in the world, check the following twelve countries. These destinations have a wide variety of sights and activities, very low crime rates, and minimal occurrences of natural disasters, making them some of the safest vacation spots for your world trip.

The Top 12 Best Places to Travel

Health and safety in Finland.

Violent crime rate in Finland is low: there were 1.18 homicides per 100,000 people reported in 2019. Healthcare in Finland is primarily controlled by the state, but there is a private sector.

Travelers from EU or EEA countries who hold a European Health Insurance Card are eligible to utilize Finland’s public health system. Residents of other countries who intend to self-pay or utilize travel insurance should arrange to see a private practitioner.

Things to do in Finland.

Health and safety in Hong Kong.

Hong Kong is among the safest places to travel on the planet. Crime of all types is virtually nonexistent, and the Hong Kong police force is renowned worldwide for its integrity and professionalism. Much like in Finland, both private and state-run medical facilities exist; although, the private sector is much stronger. Excellent care is available in the private sector at reasonable rates.

Things to do in Hong Kong.

Health and safety in Singapore.

Singapore routinely jumps around in the top 10 safest countries to visit in the world based on The Telegraph rating, with almost no crime at all. Foreign travelers have access to quality care at affordable prices within the private sector of Singapore’s hybrid healthcare system.

Things to do in Singapore.

Health and safety in Norway.

Violent crime in Norway is generally low; however, the Overseas Security Advisory Council’s report claims that the crime level has been rising for about the last ten years. Petty crime is a significant concern in some areas, especially in Oslo. Nonetheless, Norway is still generally ranked among the top twenty-five safest countries in the world.

Its healthcare system is almost entirely state-run, resulting in higher costs and lower quality of care than it can be found elsewhere. Non-citizens are encouraged to purchase adequate travel insurance and to ensure that their particular plan will reimburse them should they need to utilize Norway’s health system.

Things to do in Norway.

Health and safety in Switzerland.

Violent crime in Switzerland is lower than that of the U.S. and is comparable with many of its neighboring countries, but has been steadily rising in recent years; petty crime rates follow a similar trend. However, the Swiss police force is often recognized as one of the least corrupt in the world and is highly trusted by the public.

Things to do in Switzerland.

Health and safety in Portugal.

Portugal experienced a surge in both petty and violent crime through the 90s and early 2000s, much of which was related to drug trafficking. However, since then Portugal has decriminalized nearly all drugs, which has led to a sharp decline in drug-related crime. Petty crime – mostly pickpocketing and theft from vehicles – is still a concern, particularly in Lisbon and Porto.

Portugal’s health system is a mixture of inadequate state-run facilities and stronger offerings in the private sector. Foreigners carrying adequate travel insurance should be able to obtain quality care if needed. Anyway travelers should keep the general health tips during the trip.

Things to do in Portugal.

Health and safety in New Zealand.

Crime in New Zealand was high during the 90s but has steadily declined since then. It is generally concentrated in areas not frequently visited by travelers; the larger cities and main tourist attractions are considered to be very safe. Like many other countries on this list, healthcare in New Zealand is a mixture of public and private services.

Travelers are advised to carry adequate insurance and to seek care in the private sector when possible.

Things to do in New Zealand.

Health and safety in Sweden.

Petty crime in Sweden has remained low and relatively constant for several decades, but violent crime has increased in recent years, particularly in certain areas that are well known to police. Travelers should educate themselves about these areas and avoid them. Healthcare is highly centralized and regulated, resulting in long wait times and substandard care in the public sector, although true medical emergencies are given priority.

Things to do in Sweden.

Health and safety in UAE.

The United Arab Emirates experiences high rates of white-collar crime but ranks lower than global averages for most other types of crimes. It is by far the safest country in the Middle East. UAE citizens are covered under a state-funded healthcare system, but a far more advanced and robust private sector exists. The private sector was established largely to attract foreigners who expect a high standard of care.

Things to do in UAE.

If you are planning to visit Dubai in 2022 you can’t explore Dubai Without hiring a car.
First, you have to get the car on lease in Dubai, visit the website and book your car at a cheap price.

Health and safety in Iceland.

Violent crime in Iceland is virtually unheard of. For most of the 2000s, it had the lowest homicide rate on the planet. Petty crime is somewhat more common in areas frequented by tourists, as is the case anywhere, but is not considered a significant problem. There are few private hospitals in Iceland, and based on the resources published on the National Center for Biotechnology Information state-run facilities are claimed to be inefficient.

Travelers planning to visit Iceland should be extra vigilant about preventing injury or illness and may want to consider seeking care in neighboring countries in the event of a serious but non-emergent medical need.

Things to do in Iceland.

Health and safety in Austria.

In 2016, Austria had the second-lowest homicide rate in the world, and other types of violent crime are only slightly more common. Petty crime and home invasions, however, are more of a concern, particularly in the larger metro areas.

Austria’s healthcare system is an unusual mixture of public and private, with the private sector offering superior care for which individuals are financially responsible. Wait times for non-emergent procedures are long, but emergency care is generally expedient, particularly, for non-residents who carry their own insurance.

Things to do in Austria.

Health and safety in the Netherlands.

Historically, crime in the Netherlands has been low; although, offenses related to drug manufacture and trafficking, in particular, have climbed sharply in recent decades. While drug-related crimes generally pose a minimal direct threat to travelers, their existence should be noted.

Health insurance in the Netherlands is compulsory, even for tourists; as a result, quality of care and wait times are at least somewhat better than purely state-run alternatives in neighboring countries.

Things to do in the Netherlands.