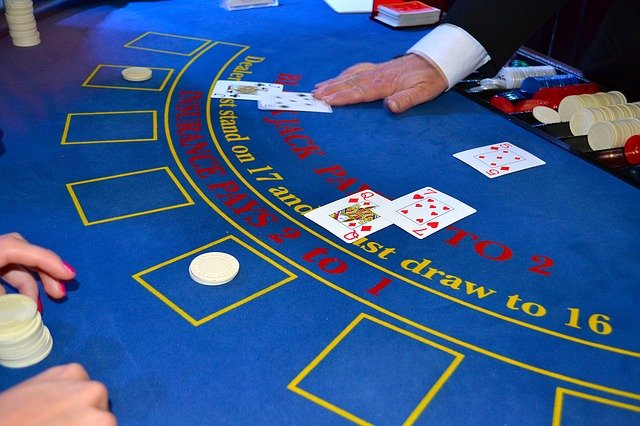 It’s been more than four years since mobile/online and in-person gambling became legal across the United States. To date, some type of sports betting has been legalized in 30 U.S. states, and more are on the way.

In Oct. 1992, the Professional and Amateur Sports Protection Act of 1992 (PASPA) was signed into law. This made sports betting illegal in most parts of the country, but everything changed in May 2018 — when the Supreme Court of the United States made a historic ruling.

The Supreme Court decided that the PASPA was a violation of the country’s Tenth Amendment. So the law was overturned, and it gave every U.S. state the freedom to launch legalized sports betting.

Sports gambling was already legal in Nevada, even while the PASPA law was enforced. Soon after the Supreme Court made its groundbreaking decision, the states of New Jersey, Delaware and Mississippi legalized sports betting as well.

Over time, highly populated states with several major professional sports teams like Pennsylvania and New York are among the nation’s leading states in the sports gambling industry. People in The Keystone State have already placed more than $15 billion in sports wagers since it launched four years ago. The state has also taken in more than $1 billion in gross revenue up to this point.

One of the state’s leading online casinos is BetMGM. BetMGM is currently offering new customers in Pennsylvania a 100 percent deposit match of up to $1,500 plus a $50 casino bonus and $20 in free bets.

State revenue for online casinos in the month of July was a whopping $123.2 million. Through BetMGM Pennsylvania alone, customers can play more than 160 slot games, 13 live casinos and 141 card/table games. The available games include poker, blackjack and roulette.

New Yorkers have already placed more than $9 billion in wagers. In July,  Gov. Kathy Hochul announced that the state had taken in $302.3 in tax revenue through mobile sports betting.

Which U.S. States Are Close To Legalizing Sports Betting?

As previously noted, 30 total states have launched some form of sports gambling, and the number is only going to continue growing.

The state of Kansas is set to launch in early September, in time for the beginning of the Kansas City Chiefs’ 2022 season. Patrick Mahomes and company open their season on the road against the Arizona Cardinals on Sept. 11 (4:25 p.m. EST).

The Wheat State doesn’t have any “big four” professional sports franchises, but customers in Kansas will be able to place wagers on the Chiefs, MLB’s Royals as well as Kansas-based college sports teams.

Barring any complications, the state of Ohio is scheduled to launch in early January 2023. The state should emerge as a national leader in betting, given its population (about 11.8 million), and quantity of pro sports teams and elite college programs.

The Buckeye State is also home to the powerhouse Ohio State football club and the strong women’s and men’s basketball programs. The Buckeyes are among the favorites to win the national championship in football every year, so Ryan Day’s club could very well become a key factor in the Ohio sports betting industry.

There was hope that sports betting would launch in Maryland in time for the start of the 2022 NFL season, but it’s now likely several months away from taking place. There is a possibility that it will end up launching before Super Bowl 57 on Feb. 12.

Giant progress has been made in the state of Massachusetts regarding the potential launch of mobile/online sports betting.

Earlier this month, Gov. Charlie Baker signed a sports betting law — a significant step in the push to sports gambling launched in the state. Boston, of course, is one of the country’s biggest and most historic sports cities.

Massachusetts is home to the NFL’s New England Patriots, the NHL’s Boston Bruins, MLB’s Boston Red Sox and the NBA’s Boston Celtics. In the 21st century alone, those four franchises have combined for 12 world championships — six from the Patriots, four from the Red Sox and one apiece from the Bruins and Celtics.